I recently visited a church that sent their youth group on a scavenger hunt around their building to count the number of places you can get a drink of water. They counted over 140 places—that’s 140 faucets, taps, drinking fountains—all within one building.

Yet for most of my friends living in Africa, they have to walk miles to the nearby creek or stream, only to get just enough water to last them for the day. While we use over 100 gallons in our households on a daily basis, they make due with just 5 gallons a day between the entire family. And the water they collect is making them sick because of the diseases and contamination in the water.

That’s why March 22nd has been designated by the United Nations as World Water Day—a day to remember the 780 million people globally who do not have access to safe water. Over half of those people are living in sub-Saharan Africa where the Blood:Water Mission team works. To put that into perspective, that is more than twice the population of the United States.

The water crisis is still very real, but also very solvable. We have all the technology we need. Now we just need the people and the resources to get it to the communities and individuals who need it most.

It’s easy to get lost in the numbers. But ever since our founder and Jars of Clay frontman Dan Haseltine took his first trip to Africa over 10 years ago, he has always inspired us to think of one person, one community, one family. Because we can all do something for one.

1. We can use water to bring life

In communities that struggle with HIV/AIDS, safe water is critical. Without it, those with immune deficiencies from HIV will likely die from the diseases in the contaminated water.

One of our favorite stories is a village of 65,000 on the edge of Ndola, Zambia. Their community used to be called “Chapulukusu,” which means “cursed.” Cholera had a foothold in that village, causing hundreds to die every year. Now, with access to bio-sand-filters that are made within the area, along with improved hygiene and sanitation practices, the community has had no reported cases of cholera for the last several years. They have changed their name to “Mapalo,” which means “blessed.” Water truly is life for this community.

2. We can use water to provide a future

I’ve never had to make the choice between going to school or walking for water, but for millions of children where access to water is a luxury, this is a daily decision. Additionally, illnesses from waterborne diseases regularly prevent children from going to school.

However, in a rural village called Lwala in western Kenya, we are partnering with the local Lwala Community Alliance to ensure that wells and rain tanks are placed at the 12 schools in the area so children can have both—and even take water home with them for their families. Education is one of the keys to breaking the cycle of poverty, and water makes a way for keeping kids in school to be possible.

3. We can use water to build dignity

Over 2 billion people globally don’t have access to adequate sanitation, and because of that, young girls often stop going to school for the lack of privacy that a proper latrine could offer. The simple act of improving the doors on latrines, like we are doing in Lwala, can build dignity within these communities through the women and children who deserve the chance to have one less thing to worry about.

4. We can use water to restore families

In visiting a community called Cyanika in northern Rwanda, a woman told me, “My husband and I don’t fight anymore now that we have our rain tank. I used to spend all day walking for water while he was in the fields. The children wouldn’t be cared for, the house chores wouldn’t be tended to, and we would be frustrated with each other about the things that wouldn’t get done. Now that we have this rain tank, we both can take care of the needs of our family and not spend the time walking for water.”

5. We can use water to join all of us together

One of our founding board members, Steve Garber, has always challenged us with the knowledge we’ve been given. “Now that you know, what are you going to do with what you know?” he says. That same question is posed to us every time we hear a story, watch a video or read an article. Are we be called to love? Are we be called to give? We are always called to act. Visit bloodwatermission.com or unwater.org for some ideas on ways to act.

There are many people who do not have access to clean water—one of life’s basic needs—and we can do something about this. But in the process, we ourselves can also be transformed. As activist Lila Watson once said, “If you have come to save me, you are wasting your time. But if you have come because somehow your liberation is wrapped up in mine, then let us work together.”

Mike Lenda drinks lots of coffee (his favorite use for water) while he engages artists, churches and his own 4 daughters in the Blood:Water Mission story as their Director of Engagement. 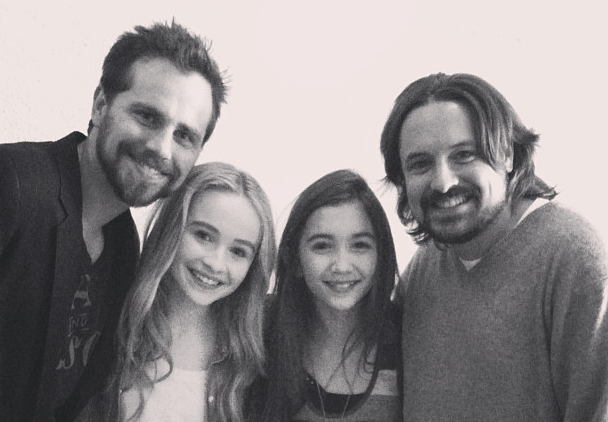