Conscious bias still exists. We see it in the actions of the killer of the Emanuel 9 in Charleston, South Carolina. Sometimes it spills out in the comments sections of blogs and Facebook feeds.

It’s easy to get angry at people who consciously hurt others because of their race. But the thing is, conscious bias hurts relatively few people in today’s world. Today, the real killer is the unconscious biases that shape the course of every day: Where we live, where we work, where we send our kids to school, who we dream of our children marrying, and where we worship.

Unconscious (implicit) bias is so prevalent, research has shown that an estimated 75 percent of us demonstrate some level of unconscious bias when tested—even people who have made conscious decisions to pursue justice for a living.

This is important to understand, because these biases can manifest themselves in ways that negatively impact our society—and even put people’s lives in danger.

One example of how unconscious bias can play out is the recent string of killings by police of unarmed people of color. Most of these incidents have happened within a matter of seconds, before the officer in question really had time to put a conscious thought together. Studies show that police officers are more likely to shoot a black man they encounter than they are to shoot a white man.

In the last year, lots of great studies have come out that have explored scientifically how implicit or unconscious bias is dismantled. The research points to a few essential steps:

This year, every staff member at Sojourners took the Harvard Implicit Association Test, which measures your level of implicit racial bias.

The Harvard Implicit Association Test intentionally plants biases in your head, and then measures how long it takes your mental processing to overcome the barriers it has set up for you. The theory is that if it takes longer, then more biases were already present before the test. If it takes a shorter amount of time once the tests mental barriers are removed, then you’re demonstrating that those barriers were artificial, and once they’re removed, you become free to offer a more authentic response

The results at the end span the full spectrum of possible outcomes. Even though they are setting folks up, not everyone ends up being biased toward white folks. If the test identifies a level of bias, then it’s time to face it and get busy dismantling it.

The first step is awareness

The studies found that one way people who have been identified by the test as exhibiting implicit bias can decrease their bias is by practicing empathy. When people practiced putting themselves in the shoes of ”the other” over time—intentionally learning the stories of people whose lives are unlike their own and imagining themselves living in those shoes—then their levels of implicit bias decreased.

Another way to overcome unconscious bias is retraining the way we think—becoming aware of the tapes that run through our minds when we are encountering the “other.” This is right in line with Paul when he says, “take every thought captive” (2 Corinthians 10:5). What experts recommend is focusing on the individual’s distinctives, rather than on the person’s people group.

But there’s something more we can do as Christians. We have been given something extremely powerful: The doctrine of the image of God. I personally have been practicing a new strategy when I encounter someone I have been socially conditioned to believe is the “other”—someone who is different than I am in their experience of the world. When I encounter that person and I am tempted to say, “Oh, that’s just an Ethiopian cab driver” or “That’s just a (fill in the blank)”—I stop consciously. I take that thought captive, stop it, then I literally focus my eyes on the person. If I can make eye contact, I do, and I intentionally remember that beyond their eyes is the image of God.

The implications of that are tremendous. It means this person was made by God and created with the capacity to exercise dominion. That changes the way I look at that cab driver, because now I understand he’s a cab driver because of his circumstances, not because of identity. (Not, of course, that there’s anything wrong with driving cabs). Now I want to know more of his story, and I see him as equally human.

Understanding the History of Race

White folks in America historically were not “white” before they came to America. The category of “white” or “whiteness” was invented in the late 18th century on American soil. It was not invented by God, it was invented by humans for one purpose: to determine who could exercise dominion in this land.

It’s important for people who are identified as white in America to understand that, actually, they belong to ethnic groups that had to be forsaken in order to become white in America. When Germans came to America, they were not allowed to call themselves German-Americans. They had to be “white” on government forms like the census, because there is only one category for European-born immigrants—white.

Ethnicity, on the other hand, is created by God. Ethnicity is created over long periods of time as people groups move through history and experienced the world in similar ways. For example, it’s the difference between a Rwandan, a Caribbean American, an African-American, and an Afro-Briton. They would all considered racially black in the U.S., but each group has had a different experience moving through history.

Race is a lie that exists for one purpose: power. Ethnicity is natural by-product of God’s command to multiply and fill the earth (Genesis 1:28). I think if all of us began to forsake racial categorization and return to ethnic group identity, then there could be transformation of the power structure in America.. The theological rejection of a spiritual lie that we have lived with for hundreds of years, in fact, could help bring about a more just world. As a Church, we would be declaring, “This is a lie, and we refuse to live by it anymore.”

Immersing Yourself in Different Cultures

Whether it’s short-term immersion on an urban project or long-term immersion in the mission field or moving into a neighborhood and coming under the leadership of a black pastor or a Latino pastor—immersion is needed, because the structure of the white evangelical church is so secluded.

According to Michael Emerson and Christian Smith’s study, documented in their book, Divided by Faith, the lack of exposure to other worldviews is so severe in the white church that immersion is the only thing capable of expanding evangelicals’ world views. If people are never immersed, and they just have one or two black friends, usually their temptation is to say “Well, you’re different. You’re not like most black people.”

However, if you’re immersed in the community and you hear the stories from every angle, it’s much harder to maintain a rigid worldview.

With all the protests and racial tensions going on in the U.S. today, the most effective way we can help is to deal with our own part of the puzzle. As the evangelical church moves forward and begins to dismantle implicit bias in ourselves in these ways, we can become a significant part of the solution.

is a prolific speaker, writer, trainer, and activist, and founder and principal of FreedomRoad.us. She is the author of several books, including The Very Good Gospel: How Everything Wrong Can Be Made Right. 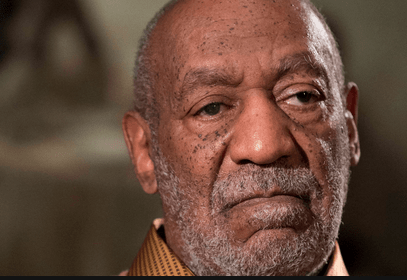