The debate and division between pacifist and just-war Christians in the church continue to the present. The pacifist minority includes Mennonites, Quakers, and small numbers of Catholics and other Protestants. The Pentecostal movement argued for pacifism on biblical grounds in its earlier years. In fact, the Assemblies of God denomination was officially pacifist until 1967. As in the previous sixteen centuries, however, the majority of Christians remain within the just-war tradition.

Recently, however, a number of prominent Christian theologians and ethicists from both traditions have developed what is often called a third approach: just peacemaking. This approach starts by combining key arguments from both pacifists and just-war Christians with some basic historical facts. Pacifists have claimed they have an alternative to war. If so, they ought to demonstrate that claim in active peacemaking rather than withdraw to some peaceful countryside.

Just-war Christians have insisted they dare never go to war unless fighting is a last resort. That means that all reasonable nonlethal alternatives must first be tried. Over the centuries, however, we have discovered many highly successful ways to resolve conflicts nonviolently. Settling disagreements between gentlemen with a duel (swords or pistols) used to be common. Many died. Today we settle the same disputes nonviolently through the courts. Improving international diplomacy and multilateral negotiations and structures has also reduced armed conflict.

Some of the most striking examples of nonviolent conflict resolution have come in the growing adoption of the techniques of Mahatma Gandhi and Martin Luther King Jr. Gandhi’s nonviolent campaign to end colonial rule successfully defeated the British Empire. (It took a little longer than the Algerians’ violent revolution against French colonialism, but a million Algerians were killed [1 in 10], whereas only 8,000 [about 1 in 400,000!] Indians died.) Martin Luther King Jr.’s nonviolent civil rights movement changed American history. Hundreds of thousands of nonviolent Filipino marchers overthrew President Marcos’s decades-long dictatorship in 1986. Solidarity’s nonviolent tactics resisted the Soviet Empire and eventually helped win Poland’s freedom. In the 1980s, hundreds of nonviolent, short-term teams organized by Witness for Peace helped to defeat Ronald Reagan’s attempt to overthrow the Nicaraguan government by funding an armed rebellion by the “contras.”

In the last two decades, Christian Peacemaker Teams (CPT; originally founded by Mennonites, Quakers, and people from the Church of the Brethren) has grown into a small but effective organization using the tactics of nonviolent direct action to intervene in areas of conflict on several continents. Especially important, perhaps, has been its presence in Hebron in the West Bank. In Hebron, a small Jewish settlement protected by Israeli soldiers exists in the midst of an overwhelmingly Palestinian city. Hatred and mistrust are everywhere. Violence and killing are frequent. For more than ten years small groups from Christian Peacemaker Teams have lived in Hebron seeking to understand and befriend both Israelis and Palestinians. CPT personnel intervene in hostile confrontations to prevent violence, seek to stop the illegal demolition of houses, and accompany young children traveling to school through dangerous neighborhoods. Recently, Jonathan Kuttab, a prominent Palestinian Christian committed to nonviolence, has called for one thousand Christian Peacemaker Teams to locate all around the West Bank. Kuttab believes those teams could dramatically reduce conflict in the West Bank.

This brief sketch of strikingly successful, twentieth-century nonviolent campaigns to oppose injustice and reduce killing demonstrates an important fact: nonviolence frequently works! Even without much preparation and training, even without a large investment of money and personnel, nonviolent direct action has frequently been highly effective. One wonders what might be accomplished if all parts of the Christian church (in cooperation with all others who are interested) would get serious about investing resources, time, money, and people to explore what more could be done nonviolently to end injustice and prevent war.

One wonders what might have happened if very prominent Catholic, Orthodox, and Muslim leaders had led a few thousand of their peaceful, praying followers into Bosnia or Kosovo before the ethnic cleansing began. Their message to all would have been: “We come in the name of God. We will stay to pray and stand between warring parties until the killing ends.” Might that have been more successful than soldiers and bombs? We could do the same in other unjust, violent situations waiting to explode. Cardinals, archbishops, patriarchs, and others could lead hundreds of followers into the West Bank. Archbishop Tutu could lead hundreds to Zimbabwe demanding an end to injustice and calling for democracy. The list of potential areas for intervention is long.

Top Christian leaders from both the just-war and pacifist traditions must decide that now is the time to vastly expand groups like Christian Peacemaker Teams. We need thousands of praying, peaceful team members to travel and deploy in dozens of dangerous situations. Pacifists need not abandon their belief that killing is always wrong. Just-war proponents can continue to insist that killing is sometimes necessary. But both traditions demand that they vigorously do as much as possible in nonviolent ways. After decades when nonviolence has often enjoyed stunning success even without much preparation, we must now invest tens of millions of dollars in the first serious effort in human history to explore how much can be done to reduce injustice and war through the techniques of nonviolent direct action.

This article is excerpted from Just Politics: A Guide for Christian Engagement, Brazos Press, a division of Baker Publishing Group, ©2012.

Used by permission. All rights to this material are reserved. Material is not to be reproduced, scanned, copied, or distributed in any printed or electronic form without written permission from Baker Publishing Group.

Ron Sider is the author of 30 books, most notably Rich Christians in an Age of Hunger, and the founder of EvangelicalsForSocialAction.org. 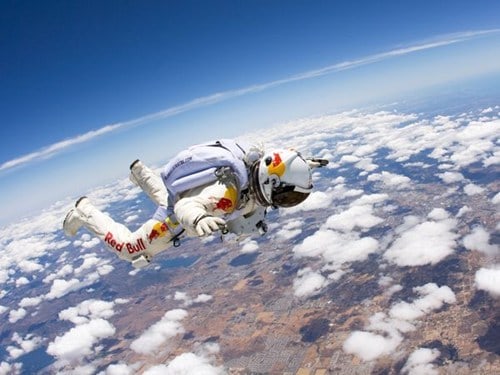 One Giant Leap For Man, One Holy Terror For Mankind