The video showed an Iraqi teenager, waist encircled by an explosive belt. He was captured just before he could blow himself up.

The footage made headlines around the world, but there’s more to the story than what you saw on the news.

The boy’s name is Hussain. He’s just a child, not yet old enough yet to drive a car or vote. He’s too young to grow a beard or a single chest hair.

Earlier on the day that he was caught, Hussain’s father sent his brother out, wearing a similar explosive belt. The brother succeeded in blowing himself up, taking a large swath of an Iraqi neighborhood with him.

Now, Hussain’s father insisted, it was his turn.

Hussain didn’t want to do it. He was sent with four others: one detonated his trigger, two ran away. But Hussain stayed, allowed himself to be captured and begged for help.

Hussain was quickly labeled a “suicide bomber” in the news. The media was so fixated on one sensational clip that they failed to tell you the boy’s story—a story far too complicated to be summed up in a single label.

Hussain’s family was displaced from Mosul, the city in northern Iraq that’s been an ISIS stronghold for the last two years. At some point, Hussain’s father was radicalized and sent his young son to be trained by ISIS.

For months, Hussain lived at ISIS military bases, immersed in the ideology of the caliphate. Like thousands of other children, he was trained to kill. His family was paid the equivalent of $42 a month in exchange for his services as a soldier.

A chilling story out of Syria describes one of the tactics ISIS uses to train its young soldiers:

The children hunted… for hidden hostages. When they found the men, who were accused of being spies, the successful recruits were rewarded with execution privileges. Boys of no older than eight dispatched the prisoners with handguns, shooting at point blank range to the approval of their supervisors.

According to CNN, children are “integrated into ISIS’ military operations—often with parental consent.”

“ISIS is integrating children into its project in a way that is more reminiscent of a state than a non-state actor,” added Charlie Winter, the report’s co-author. “It’s thinking with the long term in mind. It’s not just bringing children into its ranks and using them immediately on the battlefield. What it’s doing is bringing them in, indoctrinating them, training them, spending a lot of time instilling them with jihadist ideology.”

Hussain—the young boy in the video, given over to ISIS by his father and used by the adults in his life for their own purposes—is the outcome of this concentrated indoctrination.

For years he was steeped in hate. Hussain endured months of brainwashing, countless lessons in killing and extraordinary pressure from his father to give his life for the caliphate. Yet in the end, he didn’t want to go through with it.

That’s the real story, found in the second half of the video—the part you didn’t see on the news. Once the explosive belt was cut from Hussain’s waist, most news outlets cut away.

They cared more about the bomb than the person.

As a result, they overlooked the real story: Hussain, the boy who found the courage not to push the button, despite the training of a terrorist machine. You cannot miss the terror on his face or his submission to the authorities who detained him.

This is the story:

You can hear it in his young voice crying, “Uncle, uncle, uncle… help me!” In Iraq, “uncle” is a term of respect commonly used by children to address the older men in their communities. Hussain was begging them—any of them—to help him in this impossible situation. You can see it in his face as he is forced into a police vehicle and driven off, his fate uncertain.

Hussain—suicide bomber, terrorist, boy of extraordinary courage—he brings all of us hope.

He is why we need to keep pressing in, to love anyway.

We need to continue reaching across enemy lines, making safe spaces for those we agree with and those who we don’t. We must continue bringing emergency aid where it’s needed—and perhaps even more importantly, sticking with families long after the initial crisis is over.

We need to continue helping displaced families find meaningful work, so they don’t give into despair and conclude that ISIS is their best and only option.

We have to find a way to make space for boys like Hussain. The future of Syria, Iraq, and so many other places is tied up in their fate.

Editor’s note: A version of this post originally appeared on Preemptive Love Coalition’s website. Preemptive Love Coalition is a global community of peacemakers remaking the world by providing lifesaving heart surgeries for children, food and shelter for those persecuted by extremists, education for at-risk children and small-business empowerment grants so people can put their own lives back together. You can learn more about their work and and how you can get involved in helping the people of Iraq at Preemptivelove.org 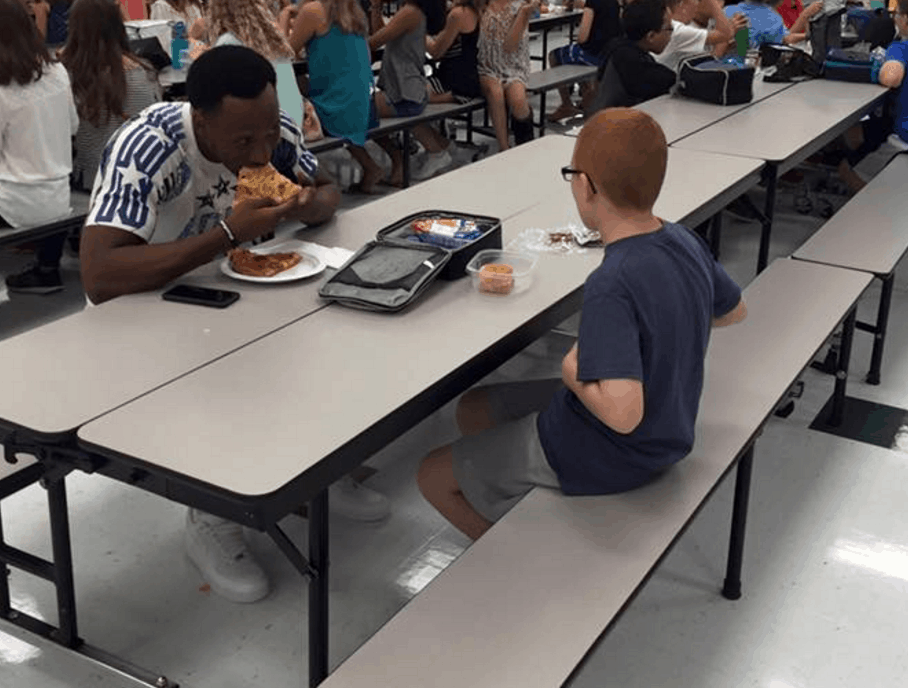