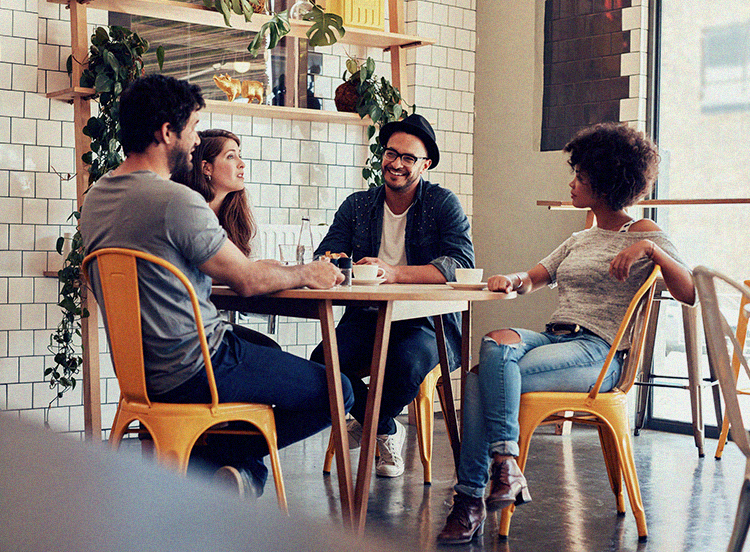 A couple weeks ago, Heineken released a long-form commercial that paired people from different backgrounds and belief-systems together to work on a project. It was basically the anti-Kendall Jenner Pepsi commercial. One of the pairs is a feminist and someone who, well, isn’t. But in the course of their project, the two come to understand and appreciate each other. That doesn’t mean they agree, of course, but they understand and they’re civil and friendly. There’s a lesson in that, particularly when it comes to the often-divisive issue of feminism.

As someone with young daughters, I think about this often.

This week both of my daughters are experiencing some childhood challenges. It’s normal at their age. These are painful for me to watch though because these particular challenges are laced with the early learnings that come from a toxic culture about what and who women are supposed to be.

Feminism shouldn’t have to exist. It really shouldn’t even be a thing. But we live in a broken world, fraught with pain and sin. And somewhere along the way, very early on, I imagine, we learned to take good things and mess them up—sex, food, people. We indulge or pervert great things. We misuse, mistreat and misunderstand them, especially if we like the way everything is working. It is in us. Inextricable from who we are. Men and women, boys and girls are quick to buy into the lies they have been sold from an oversexualized culture with unhealthy and unrealistic standards.

My girls are breathing in toxic air every day. When we leave the house. When they go to school. They are being openly and repeatedly objectified, starting now before they are even in upper elementary school, creating a trend that could be their constant companion and familiar friend throughout life. Starting small and relatively harmlessly, but growing in severity and frequency over time. The attitude is swirling in the air. And I fear that no matter how much life and truth I breathe into their lungs, this might be a losing battle.

There are a couple reasons I am a feminist. I was raised in a home where my mother and father had a very loving relationship. They both worked. They both helped around the house. They loved each other well and equally. My dad cheered on my mom and vice versa. I watched my mother’s career change and progress as she succeeded through the years. It was not until I stepped into religion that I felt a strong sense of vocational and overall oppression and expectation. I grew up believing that I can and should be who I am made to be. But this does not sit well with everyone.

We can do better though, we must. As people. As followers of Christ. And as people who have influence. Here are a few things we can do to bring some fresh, healthy air into an already toxic environment.

Stop perpetuating the idea that women are less than men.

This may feel like an uncomfortable statement, and that’s OK. Maybe you need to deal with some of your own personal stuff. Looking at and examining ourselves is a perfect place to start since we all share this world together. Confront the ideas you may have held on to for a long time and figure out where they came from, why you still have them and if they are still working for you. Do they line up with what you believe about equality? What changes when you’re faced with an innocent 2-year-old girl and a 20-year-old woman?

Stand up for women.

It will take more than just women standing up for themselves regarding this issue, unfortunately. This will require the willing participation of many men who know and choose to do the right thing. Men who choose to speak up and against vulgar language, sexual harassment, discrimination and demeaning behavior. This will take men who can model, like my dad did so well, how to love strong women well and encourage them because they are not threatening to their own masculinity. This will take men to parent their boys in a way where they show respect and are taught that girls are made in the image of God, just like them, and that their value is so much more than way they can see with their eyes or touch with their hands.

We need our girls and women to be people who are thriving and alive. I want my daughters to be confident and joyful young women. I don’t think this is too much to ask or expect. In the words of Edmund Burke, “The only thing necessary for the triumph of evil is for good men to do nothing.” I believe we are living in a time where for too long we have chosen to do nothing. No ruffling of feathers or making of waves. But sometimes waves need to be made and feathers need to be ruffled. Sitting politely and quietly will only get us more of the same result, and that is not acceptable. Let’s beat drums and yell loudly so the generations to come know that they were fought for, so they know they are loved and valued and worth every moment of that fight.