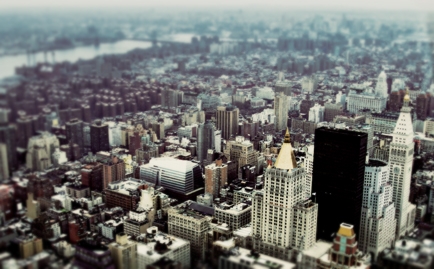 James was in his early 20s when it happened. Out of the blue, he met up with an old friend who was on his way to a meeting at a nearby church. James went too, and that very night, to his complete astonishment, his life was turned upside down and inside out.

James was telling me this story because he had now run into a puzzle. He had been attending the church where he’d had that wonderful, life-changing experience. He had learned a lot about God and Jesus. He’d learned a lot, too, about himself. But he found himself now staring at a big question mark.

What am I here for? What happens after you believe … and before you finally die and go to heaven?

What’s more, James had discovered a puzzle within this question. Many of his new friends lived very strict, self-disciplined lives. They had learned a lot of rules for Christian behavior, primarily from the Bible, and they believed God wanted them to follow those rules. But James couldn’t see how this squared with the basic teaching that God had accepted him as he was, because of Jesus and what He’d done, simply on the basis of faith. If that was so, why should he be bound by all these old rules, some of which seemed, frankly, bizarre?

I was reminded of James when I had an email, just the other day, from a good friend. Many people, he wrote, find it all too easy to get the idea “that one can just believe in Jesus and then really do nothing else.” If we’re not careful, wrote my friend, this opening act of belief can become “simply a matter of assent to a proposition (Jesus is Son of God, etc.), with no need for transformation.”

Transformation! Now there’s an interesting idea. But is it appropriate to think like that? Isn’t that suggesting there’s a way across from the present to the future, across that wide river called The Rest of My Life—a bridge put up in the old days when people thought you could use your own moral effort to make yourself good enough for God? But if moral effort doesn’t count for anything, what is then the point of being a Christian—what am I supposed to be doing with all that time in between?

Notice what has happened. The young man has come wanting fulfillment. He wants his life to be complete—complete in the present, so it can be complete in the future. He knows he is still “lacking” something, and he is looking for a goal, a completion. Jesus suggests he needs turning inside out. His life is to become part of a larger, outward-looking purpose: he is to put God’s Kingdom first, and put his neighbor (especially his poor neighbor) before his own fulfillment and prospects. Here is the real challenge: not just to add one or two more commandments, to set the moral bar a little higher, but to become a different sort of person altogether.

Jesus is challenging the young man to a transformation of character.

And the young man isn’t up for it. He turns and goes away, sad. Here is the gap between theory and reality, between command and performance. Jesus has told him how to behave, but the young man doesn’t know how to do it. The question hangs, disturbingly, over the rest of the Gospel story. What is the path to God’s new age, to the new time when God’s Kingdom will flood the world with justice and peace? How are we to be the sort of people who not only inherit that world but actually join in right now to help make it happen?

But what we notice in Mark 10 is something which seems to operate in a different dimension. For a start, it is a call, not to specific acts of behavior, but to a type of character. For another thing, it is a call to see oneself as having a role to play within a story—and a story where there is one supreme Character whose life is to be followed. And that Character seems to have His eye on a goal, and to be shaping His own life, and those of His followers, in relation to that goal.

All of this suggests that Mark’s gospel, with Jesus Himself as the great Character who stands behind it, is inviting us to something not so much like rule-keeping on the one hand or following our own dreams on the other, but a way of being human to which philosophers ancient and modern have given a particular name. My contention is that the New Testament invites its readers to learn how to be human in this particular way, which will both inform our moral judgments and form our characters so we can live by their guidance. The name for this way of being human, this kind of transformation of character, is virtue.

What does it mean to be virtuous?

The dynamic of “virtue,” in this sense—practicing the habits of heart and life that point toward the true goal of human existence—lies at the heart of the challenge of Christian behavior, as set out in the New Testament itself. This is what it means to develop “character.” This is what we need—and what the Christian faith offers—for the time, “after you believe.”

When we approach things from this angle, we are in for some surprises. A great many Christians, in my experience, never think of things this way, and so get themselves in all kinds of confusion. Virtue, to put it bluntly, is a revolutionary idea in today’s world—and today’s church. But the revolution is one we badly need. And it is right at the core of the answer to the questions with which we began. After you believe, you need to develop Christian character by practicing the specifically Christian “virtues.” To make wise moral decisions, you need not just to “know the rules” or “discover who you really are,” but to develop Christian virtue. And to give wise leadership in our wider society in the confusing times we live in, we urgently need people whose characters have been formed in much the same way. We’ve had enough of pragmatists and self-seeking risk-takers. We need people of character.

What might all this say to James, puzzled about what life is supposed to be like between the first expression of Christian faith and its final fruition after death?

The fundamental answer is that what we’re “here for” is to become genuine human beings, reflecting the God in whose image we’re made, and doing so in worship on the one hand and in mission, in its full and large sense, on the other; and that we do this not least by “following Jesus.” The way this works out is that it produces, through the work of the Holy Spirit, a transformation of character.

This transformation will mean that we do indeed “keep the rules”—though not out of a sense of externally imposed “duty,” but out of the character that has been formed within us. And it will mean that we do indeed “follow our hearts” and live “authentically”—but only when, with that transformed character fully operative, the hard work up front bears fruit in spontaneous decisions and actions that reflect what has been formed deep within. And, in the wider world, the challenge we face is to grow and develop a fresh generation of leaders, in all walks of life, whose character has been formed in wisdom and public service, not in greed for money or power.

The heart of it—the central thing that is supposed to happen “after you believe”—is thus the transformation of character.

N.T. Wright is bishop of Durham for the Church of England and one of the world’s leading Bible scholars. He taught New Testament studies for 20 years at Cambridge, McGill and Oxford Universities. He is the author of Surprised by Hope, Simply Christian and After You Believe, from which this excerpt is adapted by permission of HarperOne, an imprint of Harper Collins Publishers. A longer version of this excerpt appeared in the July/August issue of RELEVANT.

The Tastiest Dress Ever (Gross)