We learn it from a young age: hurtful words cut deep. Often we find ourselves hurting more when those hurtful words were meant in a spirit of good intention. The people talking to us aren’t necessarily trying to hurt us; often, it’s quite the opposite. They may want us to be encouraged and to feel better. And yet, even with the good intentions, their words stab like daggers.

When I was living in Los Angeles I was diagnosed with a severe anxiety disorder I had secretly carried with me since I was a young child. The disorder was debilitating and destroying my life as it grew into a monstrosity day by day. It was during those early years of my journey through therapy and medication that were the worst when it came to understanding my value in the wake of my new-found diagnosis

Reconciling with the reality of my disorder was painful, especially with the people who knew me and cared about me. They didn’t get it. How could they? Was it realistic to expect them to see the anxious thoughts behind my eyes? Could they reach inside and see how low I felt so often throughout each day? Could words truly explain the journey I faced?

Over the years, I heard many well-meaning, yet damaging words from so many people who cared but didn’t know how to show it. Mental illness is invisible, so it’s easy to dismiss it as a fairy tale. The human brain is an organ, but it’s so complex that we often forget that it too can get “sick”. When the rest of our bodies can suffer from physical illness, what makes us think that the human brain is any different?

For clarity sake, let me be clear: not all depression and anxiety is “physical”. I’m not suggesting that everyone who claims to suffer should be on medication or have a lobotomy. And yet, many people who suffer from mental illness truly do have a chemical imbalance that requires medication to readjust their neural pathways. Whether you are or are not suffering from a physical chemical imbalance, these words apply to you too.

If you know someone who is struggling with depression, anxiety, or another mental disorder, here are a few things I strongly encourage you to never say again:

Nothing is as painful as someone telling you to just get over it, as if we can snap our fingers and all is well once again. Mental health doesn’t work like that. The human brain is a physical organ that can suffer from disease and dysfunction just like the rest of the body. To expect that someone with a mental health disorder can just “snap out of it” is like asking someone with a heart condition to just get over it. That’s not how it works. You’re basically telling them, “You are not positive enough, spiritual enough, or strong enough.” That’s destructive and dangerous rhetoric that does nothing but leave the person who is suffering feeling like they are inadequate.

I sat across the table from a friend in the early years of my therapy and shared with him what I was going through. As he looked at me with spaced-out eyes, all he had to say when I had finished was “Wow.” That was it. He proceeded to stare some more, as if I was an abstract painting in an art gallery. I felt more naked than a person with no clothes on in the center of Times Square. I was exposed and it clearly made no sense to him.

You may or may not be the empathetic type but someone you know and love may come to you someday looking for help. Are you the right person for them to ask? Maybe. Maybe not. Regardless, you’re there in that moment and they’re telling you their heart and soul. When they’re done, remind them that you care about them and that you’re with them in the fight. You’ll likely have no idea what to tell them about their disorder and that’s OK. The most important thing you can say to someone when they have opened up about their disorder is that you see them and that you still value their friendship. If you can’t say anything nice, you may need some therapy yourself.

Need I expound upon this one? No. No, I do not.

4. You need to pray and read the Bible more. This is a spiritual deficiency.

If you are a Christian and well-meaning people have told you that you’re suffering from a spiritual deficiency or a demonic attack, I’m sorry. If you’re the person who said that to someone else, please stop. I’m serious. It’s like telling someone with diabetes that they’re not close enough to God and that’s why they are suffering.

As a follower of Jesus, I do believe in what we call “spiritual warfare” in Christian circles. I do think that our enemy will exploit our weaknesses, whether that be mental illness, addiction, lust, greed, etc. For someone suffering from depression and anxiety, I know that the enemy has had a part to play. And yet, when people start spiritually explaining everything away, the truth is shrouded in another lie from the enemy. If you suffer from depression, there’s a good chance that the enemy will use that to torment you. Are you possessed? No. Are you normal? Yes. Are you a human inflicted with mortality (just like everyone else)? Absolutely.

5. Other people have it worse.

This is a cop-out for people who don’t want to actually listen to someone else and meet them in their pain. We hear it all the time when financial needs come up. “There are poor children dying in third world countries! Stop being so selfish!” We often use the same reasoning with people who are suffering from a mental disorder. “Johnny down the street is dying of a horrible disease and would give his left kidney just to have depression like you! Stop being selfish and remember that you’ve got it good!”

If we are to not compare ourselves to one another in our success and achievements, why do we think that it’s alright to compare ourselves in our sufferings? When did God give humanity the right to deem what suffering is more painful than another? When we tell someone to cheer up because they could have it worse, we’re basically telling them that they’re selfish and proud. Would you tell that to a family member who discovers that they have cancer? When someone loses a loved one, we don’t say, “Let it go. Other people have lost way more family members than you. You still have your third cousins!”

This list is merely a starting point to ask ourselves, “What are we telling people who are suffering in a way that I don’t personally understand?” There’s no all-encompassing list that we can read through to become experts at never offending anyone ever again. Yet, there are a few ways that we can work towards being better friends and family towards those we know who are suffering with mental illness. Here are a few suggestions.

Be there and listen. Don’t stare, don’t say “wow”, and don’t interrupt with a million suggestions on how to snap out of it. Just listen.

Tell them about something you’ve gone through where you suffered heartache or pain. Share your soul. Let them know that they’re not alone, even if they are suffering in a different way than you.

3. Encourage them to talk with a therapist.

Most people are terrified of the idea of going to therapy in fear that they will forever be seen as “that crazy person”. Encouraging someone to get the help they need is one of the best things you can do for someone who is hurting. Trust me, we all need to know that we’re supported in asking for help.

4. Remind them of their worth.

Remind them that you love and care for them just as you always have and that nothing has changed just because they are suffering.

5. Stand with them through the journey.

Let them know that you’re always there. Be willing to be uncomfortable. Even if standing with them draws “unwanted attention”, be there with them anyway. Stop caring what everyone else thinks and care about the person you love. 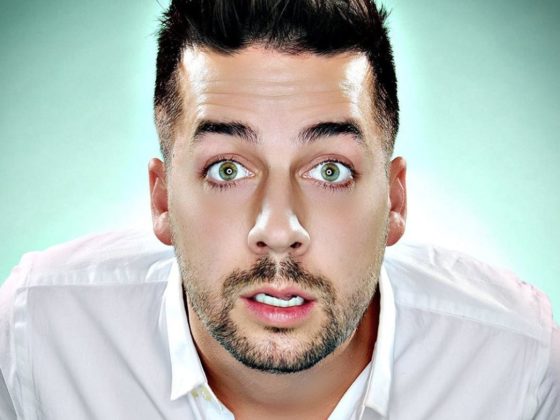 8 Things You Should Never Say to Your Single Friends