Last week, the world’s youngest self-made billionaire posted a photo with Travis Scott in front of their respective private jets. “You wanna take mine or yours?” she captioned the photo. How about this: Take them both to the world’s largest dumpster and leave them there to rot, thereby doing more to slow climate change in a single action than most of us could do in our entire lives. 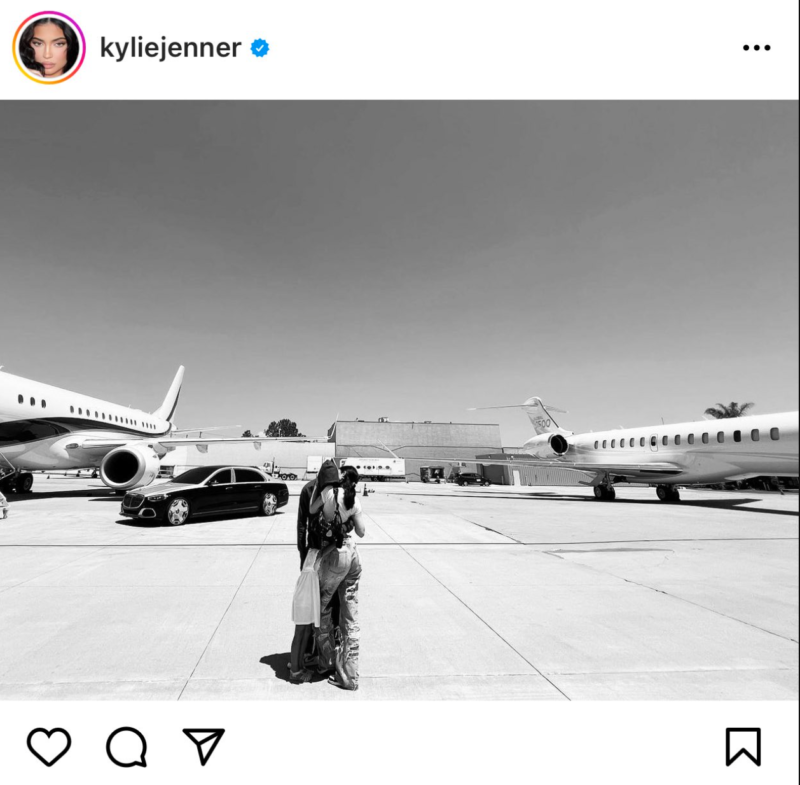 This is nothing personal against Kylie Jenner or Travis Scott, both of whom are famous. That’s fine. People are allowed to be famous. There’s no law against it. But there should be a law against using a private jet for a three minute commute, which Kylie has done.

Aviation’s toll on the climate is enormous, but the vast majority of it is the fault of the superrich. Just one percent of people cause 50 percent of aviation emissions, meaning private jet aficionados like Scott, Jenner and her family are pressing their exquisite pedicures on the gas of climate apocalypse every time they take their jet on a quick spin down to Cabo or wherever.

Look, we all have a part to play in the climate crisis. And many of us are taking responsibility. But let’s be real. If you got a brand new plastic straw for every single sip of every single smoothie you drink for the rest of your life, the toll on the environment would still pale in comparison to one of Jenner’s flights from Camarillo to Van Nuys.

Our part to play will look like small sacrifices in travel and calling on elected leaders to enact sound climate policy. These are good things, and as responsible inhabitants of the planet and stewards of God’s creation, we should do them. And for people like Jenner and Scott, it looks different. It can look like throwing a private jet in the trash. It should.

Private jets cause somewhere between five to 14 times more pollution than a commercial plane, and in this case, that private jet is frequently used for a trip that would take about 45 minutes by car. A car that a celeb like Jenner wouldn’t even have to drive! She has people who get paid to drive it for her. Or, if she felt like it, could take any one of her luxury cars or pick up a new one just for the fun of it. None of these actions would exactly make Greta Thunberg stand up and cheer, but they’d be a good deal better than taking your carbon emissions toy to run errands.

There is no need to ever fly a private jet again. Except once. To fly it into a dumpster and leave it there.

Experts Predict the Ozone Layer Will Fully Heal Within 40 Years

Americans Waste One Third of Their Groceries Each Year

Religious People Are Least Likely To Be Concerned About Climate Change

Report: The Majority of Plastic Put in Recycling Bins Ends Up in Landfills

A 19th Century Shipwreck Was Discovered in the Mississippi River

Art Is an Ally, Not an Enemy, in the Fight Against Climate Change