There was a bit of outrage last week when a prominent Christian blogger published a post entitled “The Problem with Christian Cleavage.” He has since pulled it, edited it and republished it with a different title.

It isn’t my intention to beat up the author; I’m sure he had good intentions and was probably surprised at the response. But, in addition to “mansplaining” why women shouldn’t wear certain items of clothing, the post perpetuated some questionable teaching. I mean, he was only saying the same stuff evangelical youth groups have heard for years.

2. If he can see the “wrong kind” of flesh on a woman he has sexual thoughts.

3. Women are responsible to dress in a way that doesn’t “cause men to stumble.”

It’s one of those teachings we’ve heard so often that we don’t really question it. But is it really biblical? And, should we be more concerned with addressing the problem of questionable teaching, instead of having men tell women how to behave?

Should We Be Telling Women What to Wear?

For the sake of argument, let’s assume everything this teaching says about men and women is true. Men are naturally wired to see and respond sexually to women.

Do women bear the responsibility to adjust their behavior in order to help them? Many would give an emphatic, “YES! They should never give men a reason to stumble.” Seems reasonable, right?

Women throughout history have carried the weight of that belief. It’s not just some forms of Islam that make women wear burkas; Christianity has a history of many types of modesty teachings aimed at women: no makeup, you can only wear dresses, no two-piece bathing suits, skirts must match a prescribed length and so on.

In what other area do we place the burden of our purity on another person? Do we blame someone eating around us for our gluttony? Can I, in good faith, blame my avarice on others who own nice things?

Now, I am in no way saying we are not responsible for one another in some ways. But should it be a teaching of the Church that God expects half the population to limit their freedom for the sake of people struggling with natural tendencies? Some may say yes, but let me tell you why I find that difficult to swallow.

There Is No Standard That Even Makes Sense

Human sexuality is a weird thing, and there’s simply no telling what is going to send someone into a dither. The author of the cleavage post makes this argument quite well when he says, “The reality is that men are visual creatures who can see a woman’s kneecap and get revved up.” [It’s interesting that this sentence reduces men to creatures—I think this reductive aspect of this teaching should annoy men more than it seems to.]

I am sure there are men out there with kneecap fetishes, just like there are men who have a weird fixation with feet. I mean, quite honestly, what is a woman to do? It is impossible for women to hide everything that might make a man sexualize them.

A major problem with this teaching is that it helps reinforce the idea that women are responsible for what goes on inside the mind of men and that their wardrobe (and not the self-control of a man) is the contributing factor in someone else’s actions.

Looking on Women With Lust

One of the verses that drives this teaching is when Jesus says, “but I say to you that everyone who looks at a woman with lust for her has already committed adultery with her in his heart” (Matthew 5:28).

The flawed interpretation basically goes like this: “If I see a woman and have a sexual thought, I have already sinned, and I might as well commit adultery with her. It’s the exact same thing, right?”

Is that what Jesus is really teaching here?

This breaks down at the point where we teach men that every moment their mind flits into a sexual thought, they have committed a grave sin.

But let’s be serious. I would say that a momentary sexual thought is not lust. If it was, reading the Song of Solomon would be sinful.

That battle happens within your mind and it is your responsibility.

Jesus calls us to be responsible for our lives with this hugely hyperbolic teaching, “If your right eye causes you to stumble, gouge it out and throw it away. It is better for you to lose one part of your body than for your whole body to be thrown into hell. And if your right hand causes you to stumble, cut it off and throw it away” (Matt. 5:29–30).

Whose responsibility does it seem like God places the weight of our purity on? Someone else? Or us as the owner and operators of our minds?

I have had some huge failures in this area, and they have all been lost at that moment of choice to indulge—they should never be laid at the feet of any one else. It’s really the same buck-passing argument that Adam tried to pull on God in the garden, “The woman you made me gave me the fruit and I ate.” It’s just now, “That women wore yoga pants, and I lusted.”

Contributing to the Problem

I have raised a wonderful, modest daughter. I didn’t do it by laying the responsibility for the bad thoughts of all men on her. I did it by reaffirming to her that she is responsible for how she presents herself and how the decisions we all make communicate to others what we value—and then I trusted her. My daughter is way more mindful of the clothing choices she makes than I am. Why would I lay shame, guilt, and fear on her?

Some of Church’s teaching on the topic can be drawn out to send the wrong message when we tell both men and women that:

1. Men can’t be responsible for their behavior. This seems like it ramps up the distrust and disharmony between the genders. And, on a scarier note, it offers a way out to men who act inappropriately: “Hey, I can’t control myself. I am a victim of my drives.”

2. There’s something shameful about women’s bodies. No one would say this is what they’re trying to communicate, but it is. We tell women they need to be careful to cover up their bodies because their bodies lead men to think bad things. Any conversation about modesty must be grounded in the truth that bodies are not part of the problem.

3. Sexuality is the most important issue in the world. I sincerely think we contribute to the problem of the over-sexualization of our culture by constantly harping on it. We tell boys that all they think about is sin. We mistakenly communicate to them that if they think it, it’s functionally the same as indulging in it.  It’s like we’re constantly saying, “Don’t think about sex. Don’t think about sex. You want to look at women as sexual beings … you want to, but don’t.” The whole time we’re working with the culture to create stigma surrounding sex.

Men, maybe the issue isn’t so much about “Christian cleavage” (whatever that is). In my experience, so many ills could be avoided if we were to “treat younger women like sisters, with absolute purity ”(1 Tim. 5:2). That seems like the best possible scenario.

This article was originally published at jaysondbradley.com 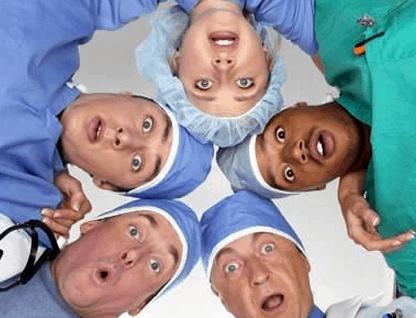 Here’s a List of the ‘Best Jobs’ in America 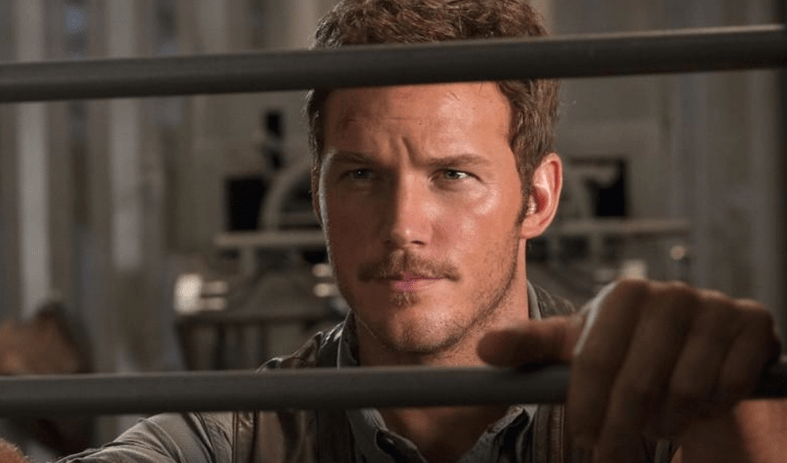 Hollywood Wants Chris Pratt to Be the New Indiana Jones, No Duh.