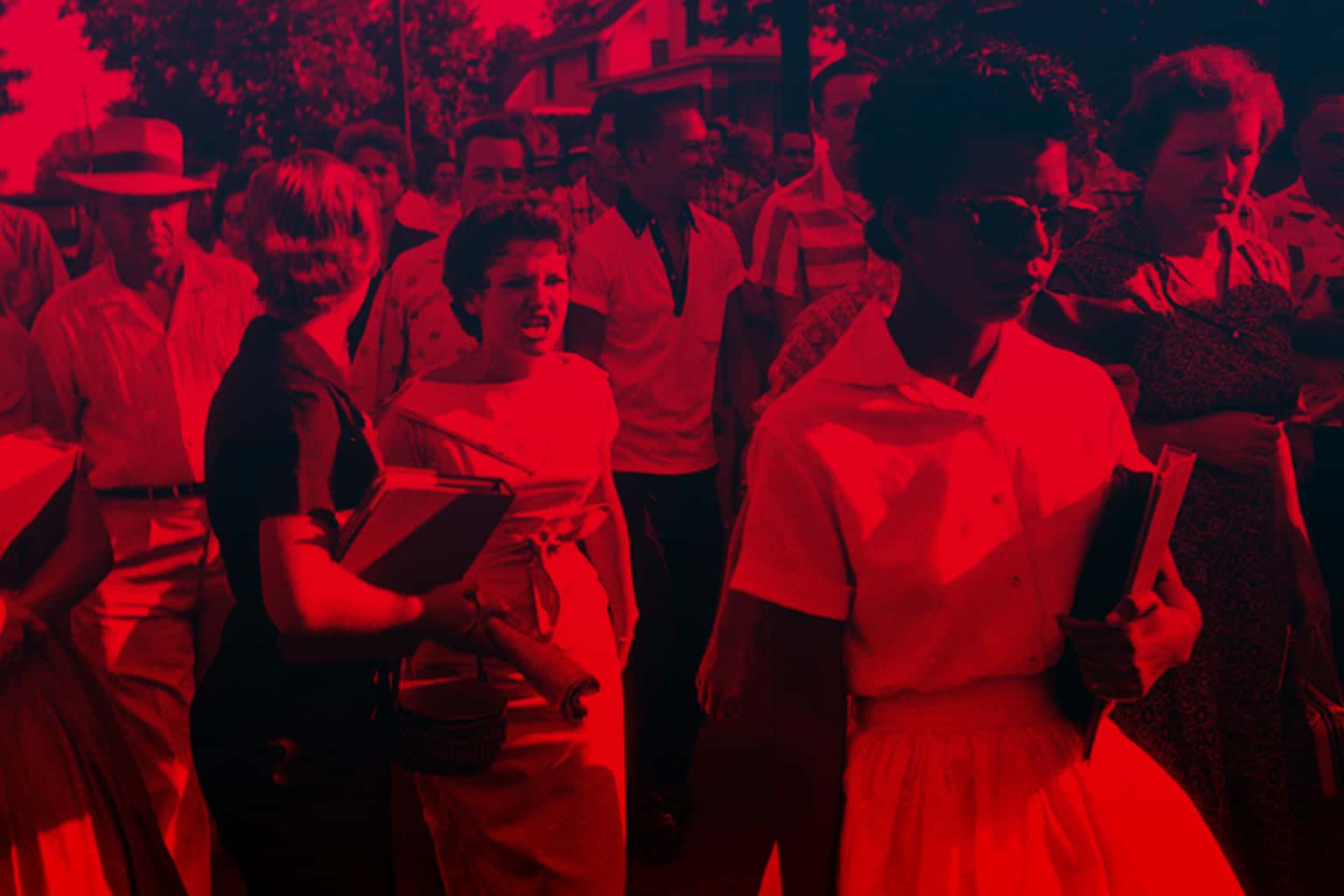 Growing up in segregated Little Rock, Arkansas, in the 1950s was a deep life and faith struggle for a person of color. The first emotion I was aware of was fear. Fear of what would happen if we disobeyed the large signs placed everywhere that read “Whites Only, Black Folks Not Welcome.”

Following the 1954 decision by the U.S. Supreme Court that separate is not equal and that all public schools must be open to all children, the NAACP demanded that Arkansas’ formerly all-white schools comply. Little Rock school officials announced that they would choose some African-American children to enter the all-white Central High. I was selected as one of the first nine teenagers to enter that prestigious school.

Suddenly, in early September 1957, the city that had been my home for most of my life turned into an armed camp with hundreds of folks gathering in front of Central High each morning with the intent of keeping the nine of us out.

At age 15, I faced struggles to share equal opportunities that would become a primer for my understanding of faith. Integrating Central High School through a school year fraught with drama, violence and fear would become the foundation for a lifetime of sustaining faith and trust that Jesus would always be at my side.

Due to the escalating violence, I was forbidden to leave the house without adult escorts. My social life was crammed with press conferences and integration strategy meetings and lectures from Arkansas school officials about what we could and could not do—for example, “Don’t antagonize white students by drinking from Central High water fountains; bring a canteen of water in your lunch bucket.” “Never hit back!”

Amid a whirlwind of unfamiliar activities, places people, and instructions, I felt distressed. I could clearly hear my grandma’s advice: “If you are going to have genuine faith, you must be certain of the purpose for your work and what you want to accomplish—what is your goal? Is your activity the same as God’s wishes? You must know the answer to that question without any doubt.”

With rising tensions fed by segregationists who opposed integration, it was clear we would need some kind of protection to get past the mob. Did I have enough faith in my God to keep me safe?

On September 1, the NAACP instructed my mother and me to meet the others the next day on the corner of 14th Street and Park and to walk toward the center of the school on 15th. To add to the drama, the night before we were to go to school, GovernorOrval Faubus posted Arkansas National Guard troops encircling the school. No one seemed certain about what the soldiers were there to do—protect us and provide safe passage through the mob?

Mom and I noted the huge crowd gathered on the street across from Central High School. Approaching on foot, we did not see anyone we knew.

We found ourselves deep in a sea of red, angry faces, focused on Elizabeth Eckford, one of us. She was across the street from us directly in front of Central High, facing the long line of soldiers and surrounded by a barking cluster of white people who were screeching at her back.

Elizabeth cradled her books in her arms as she desperately searched for the right place to enter. Uniformed soldiers closed ranks each time she tried to enter the concrete walkway to the front door. Walking first to one and then another soldier, she seemed determined to walk between them, but they were just as determined to keep her out. She stood erect and proud as she turned away, concluding that she would not get through.

Elizabeth walked along the line of soldiers. They did nothing to protect her from people on who were spitting on her, yelling in her ear, calling her names. The people near us stomped and shouted louder. “Get her, get the n****r and hang her black behind.” Elizabeth did not react but instead stared straight ahead and walked at a confident pace. She reached the bus bench at the corner and sat down. Thank God, a white female, Grace Lorch and Benjamin Fine from The New York Times sat on either side of her to protect her.

Mother and I wanted to cross the street and help her, but the shock of what we were seeing momentarily froze us in our tracks. Suddenly, the men around us shouted, “We got us a n****r right here.” Mother and I realized we were in great danger as well.

A white man grabbed my sleeve. I snatched my arm away and lunged toward the rear of the crowd. The men gathering around us carried ropes and weapons. “They’re getting away,” another man yelled.

The men who chased us began saying how they wanted to have their way with us and then hang us. I had an urge to call out for help, but who would save me? Just then a man grabbed the back of Mother’s suit jacket. Holding on to her briefcase with one hand, she wiggled out of the jacket. I knew we were going to die, right there together, if I didn’t do something. I recalled grandmother’s words: “God is as close to you as your skin. You have but to ask, and He will reach out to help you.” I began to repeat aloud the Lord’s Prayer and the 23rd Psalm.

On the unpaved path in front of us were dead tree branches that Mother and I went around. The men behind us did not see them, and they tumbled over each other. Their fall gave us the few seconds we needed to get to the car.

As we backed away, men were banging on our front windshield. I continued repeating the Lord’s Prayer and the 23rd Psalm as I drove through a hail of rocks. I went five blocks or so before realizing that we had escaped and that, above all else, grandma was right. God had made a miracle of branches on the ground, and we were safe from the mob determined to kill us—for now.

That night when I knelt to say the Lord’s Prayer as usual, I knew I had to say something special to God because He had come to my aid and helped me when I called. There was no doubt in my mind that God had heard me. He was no longer just words on the page of a hymnal and in the Bible. He was real, alive and demonstrating His love for me.

From that moment forward, I would have faith that my God would be my real companion. I promised Him I would listen for His assignments for me. My faith was now bigger than a mustard seed, and I had hope I could complete His assignment.

Melba Pattillo Beals is a recipient of this country's highest honor, the Congressional Gold Medal, for her role, as a fifteen-year-old, in the integration of Central High School in Little Rock, Arkansas. A retired university professor with a doctorate in International Multicultural Education, she is a former KQED television broadcaster, NBC television news reporter, ABC radio talk show host, and writer for various magazines, including Family Circle and People. Beals's award-winning Warriors Don't Cry has been in print for more than twenty years and has sold more than one million copies. She lives in San Francisco and is the mother of three adult children. Find her at: melbapattillobeals.com

A Spoiler-Free Plot Teaser Has Been Released for ‘Solo: A Star Wars Story’