It was the question everyone asked us, and one that always left me feeling a little bereft as to what to say.

The truth is, our first year of marriage was tough. Very tough. Not because we’d made a mistake, not because I regretted the decision, not because I wanted out. Even though I was sure we’d chosen right and wanted in—it was still surprisingly tough.

I cried. A lot. Tears of frustration. Tears of pain. Tears of despair. Tears of martyrdom, spilled out on my pillow before sleep finally came. My husband coped with it in his own way: he withdrew into the safe, ordered world of writing computer code. At least there, he understood the problems.

We were in love, but we were only just beginning to learn how to love one another well. We hadn’t yet begun to learn that beyond the declarations of love and commitment comes the daily study of discerning what your spouse likes, and deeper than that—how your spouse thinks.

There was no particular sin or problem that made it hard. It wasn’t that we were mismatched. It was more just that it was painful to figure out the changes. The most honest thing we were able to say about that first year was that it was “a big adjustment.”

Here are three things we found surprisingly tough to adjust to:

1. A New Schedule of Together/Alone Time

It was hard to change our expectations of how time together was spent. When we were dating and engaged, our time together was spent “TOGETHER,” and then we went home to our respective houses and did our alone-time things alone. But once we were married, was time at home together time, or alone time? How did we figure that out? I expected marriage to feel more like an extended low-fuss date. He expected it to feel more like alone time, except with me in the house. It was a painful adjustment for both of us.

2. The Exhaustion of Making Endless Decisions

We quickly developed decision-making fatigue in that first year. Before we were married, we had had to decide on a few things together, and considered ourselves pretty good at making those decisions (our wedding planning process was surprisingly smooth).

However, once we were married, we discovered that every part of every day and every routine in every chore now had to be decided on: we didn’t want to presume to do it “his” way or “my” way, so that meant having to have conversation after conversation about what “our” way was going to be. When should we eat dinner? What should we eat for dinner? Who will do what prep and cooking for dinner? How long after dinner is it acceptable to wait before doing the dishes? Should washed dishes be dried and put away at once, or left to drip dry until morning? None of these questions were particularly important, but it was much like the fatigue of a group of friends all trying to decide on a place to go for dinner and the conversation just goes and goes and goes because no one wants to decide for the group. We were tired.

3. A New Set of Social Obligations

While dating, I had a large circle of (mostly single) friends, with whom I spent about half the nights of the week. Once married, what was to happen to those friendships? I wanted to maintain those relationships and not be the friend-who-dropped-off-the-face-of-the-earth once she got married, but I couldn’t leave my new spouse alone at home three nights a week, nor could I always be inviting my girl friends to our house. They were my friends after all, and while they liked him they didn’t exactly want to bare their souls to my new hubby.

Every day of that first year brought fresh tension as we tried to wrestle with these challenges. And so I did what all nice-girls-in-a-bind do: I cried. In private.

But in public, when asked (again) “so, how’s married life?,” I still had no answer. Did they really want to know? Did they want to know how marriage was? Or were they really just asking (as so many in the Christian community do) what it was like to have sex? Would telling the truth about it being hard that first year have been understood? Would it have been seen as betrayal? Betrayal to my husband, or to an idealized notion of marriage? At the time it felt like it might be both.

So one night, when an older, wiser friend asked: “So, how’s married life?” and then followed it up immediately with, “It’s hard, isn’t it?” I just about dissolved with relief. It was hard, and it was such a relief to say it. And you know what? It got better. That first year wasn’t all terrible, but to be honest—it wasn’t all great.

I have friends who have had most wonderful first years of marriage. Honestly, I’m happy for them. But I just wanted to put in writing that it was not so with us. Just in case there’s anyone out there, whether in year one or year four or year 14, who feels like this marriage gig is HARD and I didn’t expect this and am I doing something wrong? and will I always feel like this? and I don’t regret this but I’m still crying all the time …

I know. We struggled through it, and we came through the stronger for it. You can too.

UN: 4 Million People in South Sudan Are in Danger of Starvation 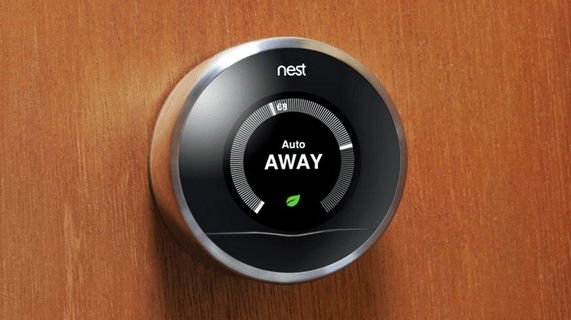 Is Google Going to be Putting Ads on Your Thermostat?