That’s why you get married. That’s why God created marriage.

Here’s the problem—that’s not why most people get married.

Don’t get me wrong. I was into all that other stuff. She was my closest friend. There was a calling on our life together that we were excited about. Sex … uh … yes. And we both wanted a family one day. But none of those reasons were the reason.

Like millions upon millions of other Americans, I married for happiness.

God doesn’t look down on Adam and say, “He looks sad. He needs a lift. He needs another human being to quench the thirst of his soul. I will make him a helper to satisfy his deepest longings. Eve, the pressure’s on.” Of course not. Only God can do that.

A spouse is not a substitute for God.

The point of marriage isn’t to find our missing half. It’s to help each other become all God intended. Our future, real selves. In marriage, two people partner to that end. They see the best in each other—the person God created them to be—and they push and pull each other toward that goal.

Don’t get married because you think he or she is “the one.” Trust me, they’re not. There’s no such thing! But do get married when you see who God is making somebody to be, and it lights you up. When you want to be a part of that story of transformation, that journey to the future. When you are well aware it will be a long and bumpy ride, but you don’t want to miss one mile. Because you believe in God’s calling on them, and you want in.

My wife makes me a better person. She calls out the best in me. She calls me to live up to who I really am, to who God is making me to be.

She also brings out the worst in me. What Paul calls “the flesh.” The ugly, nasty part of me that doesn’t want to change. She exposes my selfishness and my pride.

That’s why marriage is humbling. I thought I was a pretty decent guy—and then I got married. Turns out I’m kind of a toolshed. It’s easy to be a decent guy when you live in a bubble. But when you step into marriage, your true colors bleed out. It’s like squeezing a sponge. Whatever is on the inside comes out, for better or for worse.

I cringe when I’m at a wedding where the guy says, “I promise to make you happy.” I want to stand up and scream, “You can’t keep that promise. It’s impossible. You aren’t God!”

Is it any wonder that the number-one justification for divorce is “I deserve to be happy”? If you put your faith in your spouse to make you happy, it’s only a matter of time until they let you down.

Our whole mindset on happiness is deeply flawed. “I deserve to be happy.” Really? I’m not sure that’s right.

All of life is a gift from the Creator God. We think we have the right to “life, liberty, and the pursuit of happiness,” but contrary to what the American propaganda machine says, happiness is not a right. It’s a gift. God doesn’t owe you anything. And neither does your spouse. It’s all a gift.

You have to get this before you get married. Sadly, I didn’t, and it caused me so much pain. Not to mention how it hurt my wife.

If you go into marriage searching for happiness, all you will do is walk out filled with disillusionment. Don’t get me wrong. Marriage is incredible! But it’s not heaven on earth. It’s two broken people coming together to follow God’s calling on their lives.

This doesn’t mean you won’t be happy in marriage. I am. Most of the best memories of my life have my wife attached to them. Our honeymoon in Europe, moving to Portland, starting a church, the birth of our first child, that vacation in Kauai—we did all of that together. And it was fun. If I were to edit her out of my story, it would be flat, anemic and boring.

Here’s what I’ve learned over the last few years. God is the source of my life, not my wife. She’s an amazing gift that I don’t deserve, but she’s not Jesus. It took me a long time to get this. And to be honest, I’m still pounding away on living it out. Hopefully, you’ll get this sooner than I did. Because the beauty of this way of living is that if and when happiness shows up on your doorstep, it’s icing on the cake.

This article is adapted with permission from Loveology. 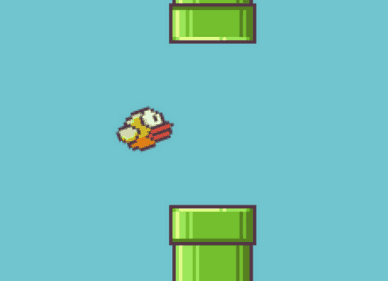 ‘Flappy Bird’ Creator Pulled Game Because It Was Too Addictive