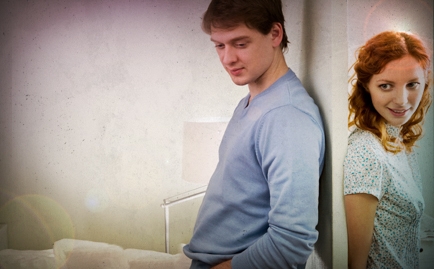 Editor’s note: A little over a month ago, John and Rachel Buckingham wrote two web articles for us about what pornography and sexual addiction had done to their marriage. You can read those articles here and here. Now, they check in and talk about the decision to fight for their marriage and practical steps they’ve taken to try to heal and forgive.

There are no shortcuts to overcoming sex addiction. There are no tricks, no secret formulas, no patches and no “get free of addiction quick” plans available for the low price of $19.95.

If there were, we would have been the first callers on the line.

There is only our Lord and Savior Jesus Christ, our adoptive relationship with the Father. Without Him, our marriage would be in shambles; characterized by distrust, hurt and the ever-present sensation of horrible betrayal. Without Him, we would now be enemies and strangers, alienated from one another by John’s actions with little hope of true intimacy for years to come. With Him, we have found repentance, forgiveness and reconciliation.

We have found love.

John on making the decision

That is not to say starting out on the road to recovery has been easy, or that I have been suddenly cured of sexual addiction. On the contrary, the months following the confession of porn use to my wife, Rachel, have been marked by discomfort and sacrifice, and each day I find myself bombarded with the temptation to engage in and pursue adulterous thoughts and actions. Nevertheless, Rachel has chosen to forgive and trust me once again, and we have taken steps together to establish accountability and safeguards for me in order that we might make no provision for the flesh.

While situations and areas of weakness vary greatly between sex addicts, it remains true that we have willingly chosen to subject ourselves to the slavery of sexual sin. Whatever the reason, whatever the root of the matter, we have chosen this path for ourselves and we can—by the power of the blood of Jesus Christ—chose to leave that path. The choice is a difficult one, to be sure, but it is nonetheless a choice that cannot be made for us. We must choose to take action. I made my choice on the day that I confessed my porn use to Rachel.

Sin must be rooted out.

From that day, with the support of my wife and a few godly men, I have turned to distance myself from the insidious behemoth of sexual addiction. Together we have established a system of accountability via an Internet activity monitor and set up Internet filters with OpenDNS that not only block pornographic and sexually explicit websites but allow for the blacklisting of sites that, although not pornographic, present an opportunity for sin.

In addition, we have chosen to avoid the use of smart phones and have decided to forgo dedicated cable television and Internet access in our newest apartment. For our protection, only Rachel knows the passwords to her computer and to our filtering account. Furthermore, I meet with a mature brother in Christ who is also privy to my Internet browsing activity. Rachel and I avoid sexually explicit movies and television shows, and I choose to leave the room while my wife exercises each day with her Pilates workout video. While some of these things seem inconvenient, annoying, trivial or uncomfortable, the truth is that we’re barely scratching the surface.

It’s important to note here that overcoming sex addiction is neither easy nor simple, nor is it achieved by merely gritting one’s teeth, putting one’s back into it and trying just a little harder. Decisions, willpower, privation and a wife’s forgiveness alone cannot and will not free an addict from the burdening chains of addiction or sin any more than a rock can turn itself into a beach ball. If we are to genuinely triumph over the power of sin in our lives, we must seek the only One who ever has: Jesus Christ.

If any person has shown me a concrete example of Christ-like love, it has been Rachel. In the face of my adulterous behavior, Rachel chose to forgive and trust me. This choice was immensely difficult, but I’m so grateful she did, as my battle to overcome sex addiction would be exponentially more daunting without her love and support. Her genuine forgiveness is a reflection of the forgiveness that Christ offers us all, and opens the door to an intimacy I had feared would be lost forever.

At the same time as John was presented with the decision to turn from addiction, I was faced with a similar choice: forgive him for what he had done, or not? Before all of this happened, I used to think I would forgive anyone unconditionally, especially those close to me. But when he confessed, I was hurt more deeply than I had ever imagined possible. He had promised to love and cherish only me on our wedding day, and yet, after only four months of marriage, he had broken that very promise.

I didn’t know how to respond.

I knew I should forgive him, but there was a part of me that didn’t want to do so. I didn’t want to trust him, or even let him look at me, much less be vulnerable and open with him. I feared he would just betray me again.

What I Wish I Knew About My Body in My Twenties

I wanted to forgive him, but I didn’t know how. What would true forgiveness look like? How would I act? Would I ever be able to fully trust him? I asked God many, many questions that night, and He responded. He told me I had two choices: I could be hurt, angry, bitter, closed off and never trust my husband again, or I could truly, wholeheartedly forgive him and trust that God had brought us together for a reason. God made it clear the first choice would result in further damage to our marriage, alienating us from each other and preventing reconciliation and healing from even beginning. The second, however, would allow God to begin healing the damage immediately. It would still be a process, but it wouldn’t be delayed or drag on.

But what did that choice mean?

It meant forgiving him. Trusting him again as if he had never betrayed me. It meant handing over my heart once again and letting go of all of the anger, hurt, and bitterness. It meant moving on and having honest conversations. It meant being vulnerable and open with him. It meant exposing myself to possible rejection. It meant being selfless and putting his needs above my desire for control or my pain, putting the good of our marriage above what I felt was good for me. It meant letting go of my right to get even. It would be extremely hard and would require sacrifice, but it would be worth it.

After a few days of deliberation and struggle, I chose to forgive him, and it was quite possibly the most difficult decision I have ever made. It required me to believe in him again, to trust him with my heart and give myself to him again. On that day, I chose to let him in and asked him to be open with me about his struggle so we could fight it alongside each other by working through the issues and deep wounds caused by his addiction.

I have never looked back.

Once invited in, the spectre of sexual addiction never completely vacates, and the recovering sex addict should not expect the battle will fully be over while he remains on Earth. Just as an alcoholic might “fall off the wagon” with just one drink, it only takes a sex addict (recovering or no) one moment of weakness to find him- or herself knee deep in the swamp of sexual immorality. As such, we must always remain vigilant against sin, that we might protect ourselves against the sexual immorality that would cause so much pain and hurt. In the sexually supercharged American society, even an innocent walk down the street can prove to be dangerous.

Now, by the grace of God, we have been reconciled to each other, and He is working in our relationship as we seek Him together. His love and forgiveness is awesome and incredible, and we fall more in love each day. Intimacy has been restored to our relationship, but sex addiction no longer enslaves us. There are still hard days, fights and the sin of the flesh, but we are slaves to Christ, and the truth has set us free.

John and Rachel Buckingham are servants of Christ, writers,
wanderers and avid coffee drinkers. Read more about them on his and her blogs, where they write on life, love and the faithfulness of God.

Water in Tokyo Unfit for Babies