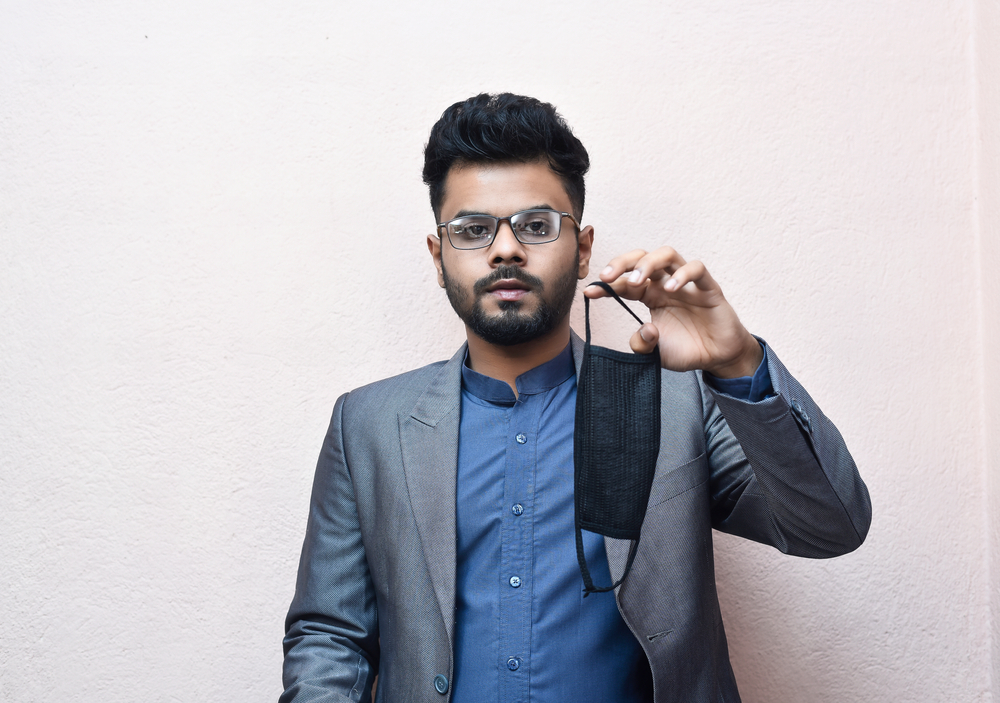 We all know that American men love being cool. But did you know they love being cool even more than they love being alive and helping keep other people alive? That’s the implication of a new study from Middlesex University London in the UK and the Mathematical Science Research Institute in Berkeley, Calif. The researchers found that men are less likely to wear face masks to stop the spread of COVID-19 in part because the masks aren’t cool or manly enough.

“Men more than women agree that wearing a face covering is shameful, not cool, a sign of weakness and a stigma; and these gender differences also mediate gender differences intentions to wear a face covering,” wrote the study’s authors. That might explain why men are wearing face masks less than women. As the New York Post notes, “one Gallup/Knight Foundation poll conducted April 14 to 20, for example, found that 29 percent of men said they had “always” worn a mask or cloth face covering outside their home in the past seven days, compared to 44 percent of women.”

They noted that the findings were “particularly ironic,” since data suggests men are more susceptible to severe cases of COVID-19 than women.

The study also fits in with historic trends that suggest women are just generally more cautious than men. “With regard to gender, it has been postulated that women are generally less willing to take risks and are thus more compliant with preventive behavior than their male counterparts,” the authors wrote.

There is also speculation that many men simply associate necessary precautions with not being “manly” enough, highlighting a more widespread issue among men who shun things like bike helmets, seatbelts and gun safety laws as a way of signaling their own machismo.

CDC: If Everyone Wears a Mask, Coronavirus Would Be Under Control in a Month or Two

“Some in the public health field felt that older forms of public outreach were too old-fashioned to reach the modern men and boys who now posed a special weakness in the chain of infection control,” the author wrote. “The influenza pandemic offered a teaching moment in which masculine resistance to hygiene rules associated with mothers, school marms and Sunday school teachers could be replaced with a more modern, manly form of public health,” she added, “steeped in discipline, patriotism and personal responsibility.”

Admittedly, face masks aren’t the manliest fashion accessory but then, neither is a ventilator. So wise up, fellas. No mask is less cool than endangering yourself and the people around you.

How to Work From Home Without Losing Your Mind