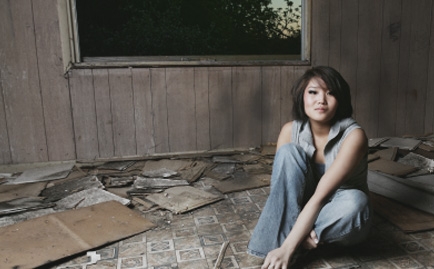 I read an article recently addressing the dangers of body image issues. The most horrifying thing about this article was the fact that it was addressing patterns found in elementary school-aged children, and the eating disorders and self-esteem issues that are becoming a serious problem even among 6- to 9-year-olds.

It’s not surprising, if you ask me. As a professional counselor, every year I’m seeing these issues pop up at an earlier and earlier age. The concept of body image has taken on such an important role in our society, and the effects of that are slowly trickling down into the generations after us. If for no other reason than that, something has seriously got to change.

I don’t know of many things that have such power over how a person feels about themselves than that of body image. For many young men and women, our physical appearance has become the measuring stick against which our entire value and worth are assessed by. But let’s get real: As detrimental as this value system can be, it’s really hard to just “walk away” from that measuring stick when everything around you is pointing you in that direction.

It doesn’t take much observation to realize we live in a society that glorifies the physical, and to be honest, it’s really easy to get caught up in that. We all want to look good in one way or another. We want the world around us to stop and take notice. That is the natural outflow of the fact that we were created to be loved and adored. I get that.

But this desire has become a dangerous idol for many people, young and old. We’ve allowed this natural desire for love and attention to fuel an unrelenting obsession with the physical—an obsession that is destroying the lives of countless individuals in its aftermath, leaving so many without hope and without significance because of a few natural shortcomings (and sometimes no shortcomings at all).

At one point in my life, I found myself walking down this dangerous path—a life of obsession, negativity and self-deprecation that was sucking every ounce of joy, value and worth from my life little by little. The negativity I had was even starting to affect the people around me, who graciously had enough love for me to call it out for the trap that it was.

I had to make a decision to get out of this pit before it got too deep. It wasn’t easy, let me tell you that. I was so used to living by a value system that was based on the external that I had forgotten how to do it any other way. Slowly but surely, I was able to deliberately put some things into action that saved me from some serious pain.

It is possible to break free from this cycle—and here are a few ways to do so:

1. Choose to stop thinking negatively. First and foremost, I had to take some major inventory of my thoughts. Believe it or not, your brain is actually train-able. Patterns of thinking will easily develop based on the route you encourage your thoughts to go. I had been stuck in some seriously catastrophic patterns of thinking that had become so natural, I hardly noticed them. I had to start taking the time to listen for my negative self-talk, begin to write it down and call it out for what it was: straight-up lies.

The second part of this process was not just calling out the lies, but replacing them with truth. Begin developing a totally new value system that is based on the value and worth that God has for you. Memorize verses, talk to God and read books that remind you of what the true measuring stick was. I had to daily (sometimes hourly) choose to measure myself up against the qualities of the internal rather than the external.

2. Take inventory of who you spend time with and what is coming out of your mouth. This was huge for me. I realized that so much of my time was being spent with people just like me—stuck in a rut, measuring themselves by standards that were pretty much unattainable—and we were all falling short together (group failure can be addicting). Every conversation and interaction was reinforcing my need to focus on my shortcomings, whether it was through complaining, comparing or competing. I had to make a point to limit my time with the people that only added to my physical baggage, and hold myself accountable for the things I was allowing to come out of my mouth.

3. Get involved in things that promote your true self. It’s easy to get caught up in a faulty measuring stick when you feel as though you have nothing else of value. I knew I had so many qualities and talents that had been hibernating due to my fixation on the physical. I had to take the time to stretch those muscles again and realize I had so much more to offer the world than my appearance. I got out there and volunteered, used my leadership qualities, wrote encouraging notes and spent time with those in need. I took advantage of these little things that reminded me I had so much to offer and gave me a fresh glimpse of the world around me.

The truth is a negative and self-deprecating person has the ability to be just as vain and conceited as (if not more than) someone who is narcissistic, because at the end of the day—whether negative or positive—both individuals are fixated on self. Getting out and getting involved help take the needed time and energy to focus on others instead of being so completely wrapped up in yourself.

4. Take a look at the deeper issues. For some individuals, the concept of body image issues runs very deep. A few of the above steps might be helpful to some extent, but won’t have the power to pull them out of the trap of their body image obsession. Control issues, abandonment fears and lack of boundaries in their world are just some of the things that might be fueling the need to focus on the physical. If this is you, don’t take these things lightly. The longer you are in this trap, the more difficult it is to get out. Take some time to address these issues by finding a professional counselor and giving yourself the opportunity you need to focus on gaining back the control and getting your life back.

Do you want to be a person that is adding to the value and self-worth of the generation behind you? See the good inside of others and begin to encourage them for the God-given qualities and values that are unique to them. But at the end of the day, that only begins with learning to see the good inside of yourself.

Debra is a Licensed Professional Counselor, relationship expert, speaker and author of several books, including True Love Dates. Debra is also the creator of the popular relationship advice blog TrueLoveDates.com, reaching millions of people with the message that healthy people make healthy relationships. Connect with her on Facebook or Twitter.