Last week, the world reacted in horror as ISIS released a new video showing militants beheading a group of 21 men for being “people of the cross.” The latest gruesome display of religious persecution is part of a troubling trend of violence targeting Christians and other religious minorities. According to the group Open Door USA, the persecution has never been worse.

Kristin Wright is the director of advocacy at Open Doors USA, a group dedicated to helping Christians facing persecution around the world. We recently spoke with Wright about where Christian persecution is the worst, what Christians are facing and how people can help those suffering.

Has Open Doors seen an uptick in persecution against the Church?

We certainly have. Last year—2014—will go down in history as having the highest level of global persecution of Christians in the modern era. The worst thing, though, is conditions suggest this is only going to worsen around the world in many areas where Christians face a lot of persecution.

Have you identified anything in particular that has contributed to such a dramatic increase in persecution of Christians?

Each year, Open Doors produces our World Watch List that identifies 50 countries where Christians face intense persecution because of their faith. So there are a lot of different factors that are analyzed and taken into account when we’re creating this list. But one thing we have found is that for the most recently released list for 2015, Islamic extremism is the source of persecution in 40 out of 50 of those countries. So that says something about a growing issue throughout the world today—and one that isn’t just impacting minority Christians in different countries, but impacting many minority groups.

Syria and Iraq are among those countries with the worst persecution. What are the conditions actually like for people who have fled the conflicts in those countries?

I’ve visited camps in a number of different regions. My last trip was to Lebanon. Conditions were pretty dire when I was there.

In Lebanon, there are not official authorized refugee camps. So what ends up happening is that Christians, Muslims, many of these refugees are having to purchase the ground on which their pitching their tent. They’re having to pay for it, and most of these don’t have any money.

I talked to a number of families that were paying exorbitant amounts of money just to put a tent up in the Mecca valley. I met with families that were living in a chicken coop. Entire families were living in each coop, simply to have a roof over their heads. Winter has been very brutal. There has been a lot of snow and so you can just imagine trying to brave those elements with very little shelter.

We’ve been hearing about the atrocities committed by ISIS, and one of their intentions is to drive people away from other faiths. Has going through all this strengthened people’s resolve to follow their faith? What is the mindset for people on the ground there who have actually seen and suffered violence firsthand?

I’ve spoken to many, many refugee families coming from both Syria and Iraq, and I think that the resolve varies. It depends on the way the family has reacted to the suffering they’ve experienced. It depends on where they are in that process. They’ve lost everything, including members of their family, in many cases. And when you’re up close and personal with that kind of suffering on a daily basis, it’s easy for resolve to weaken.

Something that we talk a lot about at Open Doors is this concept of presence ministry; being present for the persecuted church, being present for people who are suffering. For some people, that means going there and visiting firsthand with refugees and hearing their stories and crying with them and praying with them. For others, that means praying just from afar, from wherever you are. Praying for peace.

Prayer is such a crucial aspect of this ministry and every time I visit with families that have fled from Iraq and Syria and different areas, and they’re always saying, “We need your prayers. We need your prayers on a daily basis.”

A lot of Western Christians hear these stories and find them absolutely heartbreaking, but they wonder what can they actually do to help.

I think prayer is a great place to start. Our prayers can go where we cannot go, and I think that prayer is absolutely the best way to begin. Prayer is also a powerful way for us to identify with those who are suffering.

But taking it a step further, there are so many ways people can get involved. I have to mention the advocacy aspect, because I think it’s so important right now. You can visit the Open Doors website—there’s a button to take action, and there are many resources there.

For instance, we often encourage people to write letters to persecuted Christians, and that’s a very popular way to take action, and I’m just amazed at how many people take the time to handwrite these letters of encouragement to Christians in Congo, to Christians in China, to Christians all over the Middle East. So that’s one very powerful, practical way you can make a difference.

Another way is through advocating, and so you can sign up for the advocacy newsletter. We have campaigns going throughout the year where you can sign a petition, where you can call your member of Congress in support of a resolution that will help to protect persecuted Christians in different countries. So we keep people up to date via those newsletters.

Open Doors has a very active presence in Capitol Hill, and I’m meeting with members of Congress and with their staff to brief them on the plight of persecuted Christians. And every time I return from a trip, I bring that new information to Congress, usually in the format of a briefing to let people know what’s going on and how they can become more involved and more educated.

No. 1 on the list of the countries with the greatest amount of persecution is North Korea. There’s a leader and a regime that has for decades enforced this cult of personality and made Christianity a crime. So how do we make a difference there?

Many Christians are confined in modern-day concentration camps throughout North Korea. They’re punished in unspeakable ways. Open Doors works to assist those who have fled. We’re working to equip them, to strengthen their faith, which has endured so much, and then also to assist them with very practical needs, whether they’re inside the country or just outside the country, to be there for them and provide those basic needs like shelter and food, clean water, sanitation [and other] very basic needs. Also to pray with them, to support them, to provide trauma counseling.

Everything’s just more challenging, when it comes to North Korea, for obvious reasons. But we’ve been able to be at work there for some time now and really see a positive change among believers that we’ve been able to come alongside and support them in times of trouble.

One of the best ways that people can become involved in helping Christians in North Korea is through educating themselves on what Christians are facing. A number of North Korean defectors have made their way to Washington D.C. to testify before Congress and share their experiences. I think that it’s really important to listen and to hear what people have gone through, and then to take that next step of prayer. And then, practical action to follow that, to help to encourage and strengthen persecuted believers from such an intense area of the world.

Thanks for your time. This is an issue that a lot of people are interested in helping in.

I often see that there is quite a high level of interest in persecuted Christians, particularly now. And I think that that’s very timely because, like I mentioned earlier, things are definitely getting worse.

The Key to Becoming a Good Leader 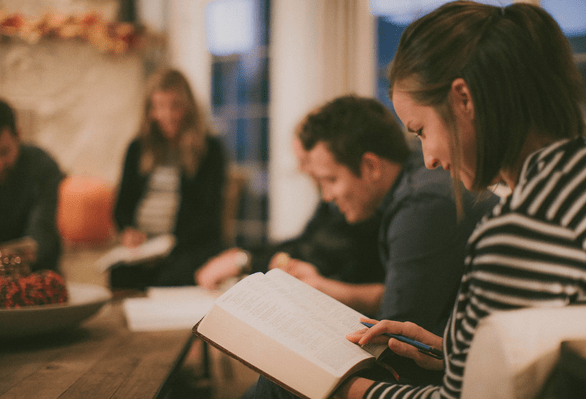 Church Construction at Its Lowest Point Since 1967