Imagine someone asked you to put together a giant jigsaw puzzle without all the pieces included in the box. That’s how I think about poverty sometimes: an impossible problem we are called to solve anyway.

We won’t ever have all the pieces to the poverty puzzle in place on this side of eternity, but every now and then one falls into place, or we discover a lost piece between the sofa cushions.

Here are a few pieces of insight related to poverty that might come as a surprise to you.

Extreme poverty is declining — and business is a primary reason.

Last year, Barna Group found that more than eight in 10 Americans (84 percent) don’t realize extreme poverty has dropped by more than half over the last three decades. More than two-thirds (67 percent) actually thought global poverty was on the rise.

According to the World Bank, in 1981, 52 percent of the world’s population lived in extreme poverty, as defined as living on less than $1.25 a day. By 2011, it was cut by more than half (17 percent). This trend is also likely to continue. Bill and Melinda Gates predict “the lives of people in poor countries will improve faster in the next 15 years than any other time in history.”

Peter Greer, President of Hope International, doesn’t believe traditional charity is the solution to poverty. He says in his essay in For the Least of These: A Biblical Answer to Poverty that although traditional charity offers some immediate relief, it’s not the only solution because it doesn’t always focus on the root causes of poverty.

In the same book, Christian economists, theologians, historians and practitioners claim that it is economic freedom—the freedom to secure and protect one’s own resources, labor and private property—that is responsible for lifting millions out of poverty.

Countries that have experienced an increase in economic freedom over past decades, like Bangladesh and Botswana, are also seeing lower poverty levels. Why? Because economic freedom encourages entrepreneurship and job creation. Greer says in For the Least of These that, “In one generation, poverty has been cut in half, not through charity but through job creation.”

A job can’t solve everything though, which is why it is also important for the Church and private charities to also pitch in, by serving the poor in a personal and relational ways, especially during and after disasters such as the earthquake in Nepal. The key is finding balance approach, without losing sight of what can effect long-term change.

Churches used to do a lot more for the poor than most do today.

Up until the early 20th century, the Church played a major role in ministering to the physical needs of the poor. Perhaps we’ve forgotten what the Church is truly capable of since many churches we know today have withdrawn from the front lines of poverty alleviation.

The church in Acts 4 voluntarily shared their possessions with one another so that not one would be in need. In the Middle Ages, Christian churches ran all different types of social welfare programs—much like we see the government doing today. Many people might not know that it was common for churches to establish hospitals, schools for immigrants, homes for unwed mothers and welfare societies like the Salvation Army.

Some historians say things shifted in the early 20th century when more theologically conservative evangelicals began to react against the so-called “social gospel” movement, which they believed placed more of an emphasis on social justice issues than the message of the gospel.

In When Helping Hurts, Brian Fikkert writes, “As evangelicals tried to distance themselves from the social gospel movement, they ended up in large-scale retreat from the front lines of poverty alleviation.” Church historians refer to this era as “The Great Reversal” because the evangelical church’s shift away from the poor was so dramatic.

American evangelicalism is still suffering from the aftermath of this division, though the social justice movement today is working to refocus the Church on caring for the poor.

Money is not your church’s best resource for helping the poor.

Many assume money is the most powerful resource they have to offer the poor. But you have a resource far more valuable: your unique gifts.

I recently visited Sojourn Church in Louisville, Kentucky, located in one of the most destitute neighborhoods in the city. The congregation is dedicated to living intentionally in relationship with the surrounding community. One way they do this is by offering their specific skills to help those in need. If someone has a toothache but does not have the health insurance to pay for it, they can go to Sojourn to set up a meeting with a dentist who attends the church and is willing to offer their services pro-bono. Or if someone needs help meeting next month’s rent payment, they can meet with a member of Sojourn who can help them plan out their finances and take them to the grocery store to show them what to buy in order to eat on $40 per week.

Enthusiasm for poverty relief is growing within the Church and global poverty is declining, but we still have a long way to go. Over 2 billion people in the world still live on less than $2.00 a day. The path to flourishing will take an incredible amount of patience and thoughtfulness. But we should be encouraged as we are slowly discovering where to place the pieces of this larger-than-life jigsaw puzzle, and rediscovering the ones we’ve lost.

Elise Amyx is a Writer and Student Outreach Manager at the Institute for Faith, Work, and Economics in McLean, Virginia. Her articles have been published in Real Clear Religion, The Detroit News, and The Gospel Coalition. Follow Elise on Twitter @eliseamyx. 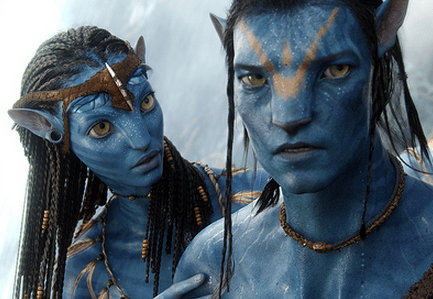 4 More ‘Avatar’ Movies Have Been Written