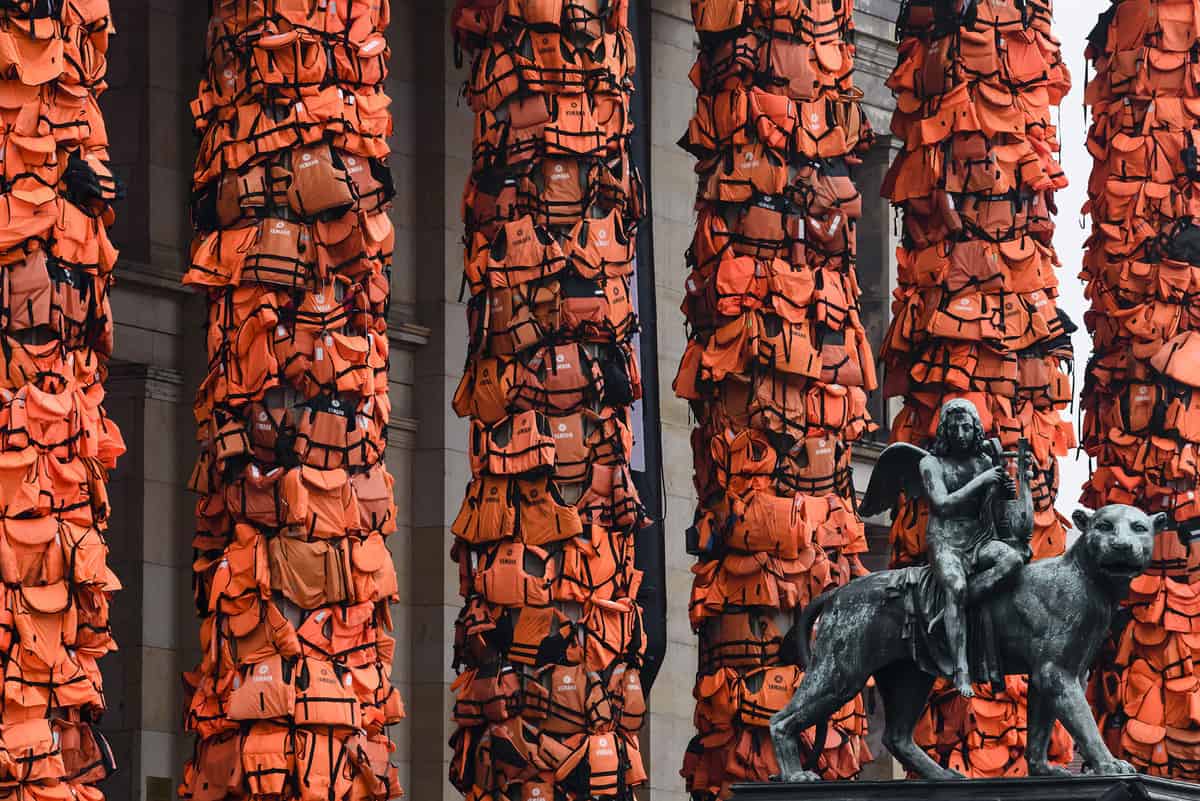 Famed artist, Ai Weiwei, is known for his outspoken pieces. But, this new installation is probably the most powerful yet. Weiwei adorned the columns of the Berlin Concert Hall with 14,000 life jackets previously worn by refugees, calling attention to the response of European governments in the Syrian refugee crisis. The Chinese artist, who has applauded Germany’s hospitable reaction to migrants, planned the unveiling of the piece during the Berlin International Film Festival where it has received heavy media attention.

In January, he set up a studio on the Greek Island of Lesbos, the main point of entry for refugees trying to make their way to Europe, in order to highlight the struggles of those who are making the journey, a goal that he clearly has accomplished. Ai told The Guardian, “As an artist, I have to relate to humanity’s struggles … I never separate these situations from my art.”