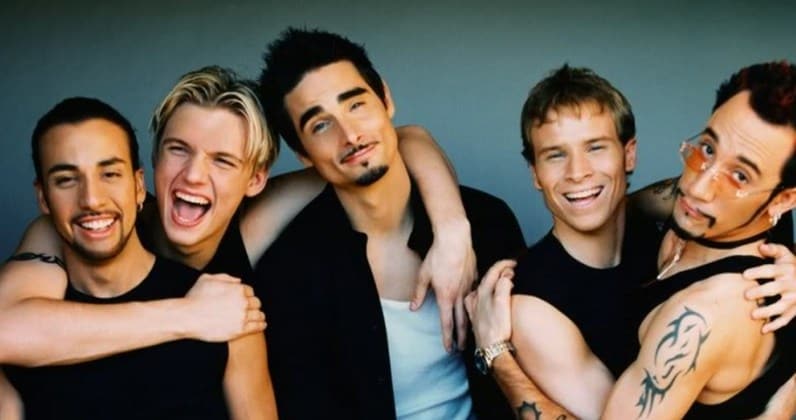 We’ve had a lot of voices chime in on recent developments in politics but we’ve found the voice we’ve been missing. TMZ recently ran into Backstreet Boy Brian Littrell and asked him to give his thoughts on President-elect Donald Trump.

The singer was pretty heated about the whole thing and said, “Hollywood needs to chill out, all right? You’re talking about the commander-in-chief, right? We’re talking about respect,” sounding less like a Backstreet Boy and more like an old-school police chief from Jersey who’s seen things he can’t talk about.

Littrell went on to say, “In my opinion he’s going to do so many great things for this nation, and even for the people who disapprove of him. Give peace a chance! I have faith in the system. I have faith in his character, his beliefs and his balls. Let’s just put it that way.”

In another interesting revelation, Littrell shared that he was approached to ask the rest of the Backstreet Boys if they would join him in performing the inauguration but the old crew couldn’t work it out with rehearsals for their new Vegas show taking the priority.

Marcus Mumford to Abandon His Sons, Release a Solo Album in September

I guess you can want it that way but not have it that way (that’s a reference to the 1999 hit from the Backstreet Boys “I Want It That Way” in case you didn’t replay that CD a million times like some members of the RELEVANT staff did.)

82% of Women in America Think Sexism Is Still a Problem

Steve Carell ‘Joked’ About ‘The Office’ Coming Back. Not Funny, Steve