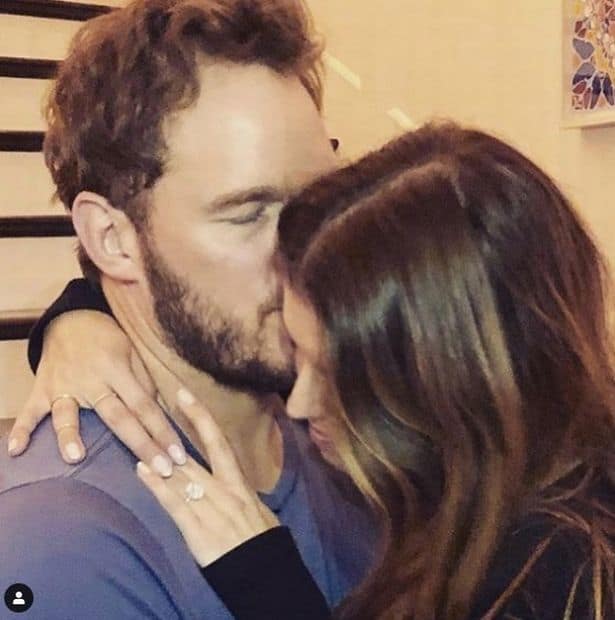 Love is alive and well among the celebs today, as Chris Pratt took to Instagram to announce his engagement to Katherine Schwarzenegger, author and, yes, eldest daughter of Ahnuld.

The couple have had whirlwind romance that kicked off when they were introduced by Schwarzenegger’s mother, Maria Shriver. Things progressed pretty quickly and although the two shunned the spotlight, they were spotted attending Zoe Church together a few times with Jack, Pratt’s son from his previous marriage with Anna Faris.

Spirituality is important to the couple (Schwarzenegger was raised Catholic and Pratt’s been vocal about his own faith), as Pratt made clear in his Instagram caption announcing the engagement.

Sweet Katherine, so happy you said yes! I’m thrilled to be marrying you. Proud to live boldly in faith with you. Here we go! ??♥️

“Sweet Katherine, so happy you said yes!” Pratt wrote. “I’m thrilled to be marrying you. Proud to live boldly in faith with you. Here we go!”