Last night’s Game of Thrones episode, “The Long Night,” aired an 80-minute battle, reportedly the longest ever put to film.

The most famous scene that comes close is Helm’s Deep, the climactic clash of Lord of the Rings: The Two Towers. The comparison between the two is so obvious, in fact, that Miguel Sapochnik, director of “The Long Night,” studied Helm’s Deep in detail when conceiving his vision for the episode.

The Battle of Winterfell doubles the runtime of Helm’s Deep (80 minutes to 40), but the two battles are out to accomplish similar goals: Deliver intimate character-driven story beats within unprecedented on-screen spectacle. It’s here where Helm’s Deep still holds the crown over its sprawling successor.

*SPOILER ALERT for “The Long Night” and The Two Towers*

Both battles are siege attacks, giving them similar stagings from a bird’s eye view. Each evil army, Thrones’ White Walkers and Towers’ Uruk-hai, assaults a stronghold belonging to the good army from a single direction. As the evil armies charge, the good guys deploy a series of defenses meant to keep them out of the stronghold and away from their vulnerable interior forces.

In each battle, the good guys hide the stronghold’s vulnerable citizenry in an underground keep, and in each battle, the bad guys have to scale a wall to win. Sieges are pretty simple, which makes for a good foundation for clear visual storytelling on film.

But if the chessboards are similar, Thrones deploys more pieces. While the good guys concentrate all their forces atop the wall of the Hornburg (that’s the name of the stronghold in Towers—Helm’s Deep is technically the valley around it), the armies of Winterfell spread their numbers across multiple waves before and within the city. The Dothraki calvary make up the frontlines outside the city walls. Behind them is a row of catapults, then the Unsullied infantry, the trench and the wall lined with archers. Tacticians might take issue with some of the strategy here, but the main point is how Thrones’ more complex staging affects the story of its battle in contrast with the relative conciseness of Helm’s Deep.

In Towers, the Helm’s Deep valley creates a natural chokepoint the Uruk-hai must traverse to reach the Hornburg. This means the stronghold’s archers can fire at will at the bum-rushing enemies to great effect. This first act of Helm’s Deep is simple—it’s just dudes firing arrows—but it works beyond its satisfying tactics because it gives the characters space to face the dread of the advancing Uruk army. This is where we see Theoden cowering in the Hornburg’s inner keep, Legolas and Gimli steel themselves to join the fight and Aragorn begin to assume a leadership role upon the wall.

The Battle of Winterfell’s complexity ends up serving spectacle more than character, however. The Dothraki ride out into the darkness to meet the still-unseen White Walkers, but they’re defeated in moments. This sequence has terrific visual flair—the viewer watches from the perspective of the more removed infantry as the Dothraki’s flaming swords go out one by one—but it doesn’t accomplish anything beyond establishing the White Walkers as a formidable opponent, which Game of Thrones had already spent entire seasons communicating.

From a writing standpoint, it seems like the show felt it was playing with a few too many toys, so with a baffling battle decision and an inert narrative one, it threw the Dothraki away. Similar things happen with the catapult line, the Unsullied infantry and the trench. Winterfell’s exterior defenses always manifest as gorgeous visual spectacles—the battle’s wide shots certainly rival Towers’—but prove to be tactical failures. These oversights are too common to be chalked up as poor decisions by the characters. These were production decisions, and in Winterfell’s first act, they don’t work on a storytelling level.

Helm’s Deep moves to its second act when the Uruk-hai reach the walls of the Hornburg and begin deploying their siege equipment: ladders, bombs and battering rams. This is where the wide shots of the battle’s first act pay off in terms of spatial communication: From the Uruk-hai scaling the wall to the legion carrying the ram to the front gates to the lone bomber charging for the sewer drain, it’s always clear where everything is happening in relation to everything else. Like Thrones, Rings has to juggle a lot of characters, and during Helm’s Deep, you always know where everyone is. It lends decisions like Aragorn branching off to combat the Uruks about to enter the courtyard, or Haldir making a last stand atop the wall, greater weight. You see the consequences of their individual strategies within the greater tides of the battle.

The Battle of Winterfell’s second act is much more disparate. Jon and Dany, whose dragons up to this point have gone perhaps underutilized, take to the air to dragon-fight the Night King while on the ground, the White Walkers cross the burning trench and begin scaling the wall. Though the dragon sequence isn’t particularly well choreographed, isolating Jon and Dany is a smart move compared with how Thrones treats the other characters at Winterfell. People begin appearing and disappearing almost at random, and few people are contextualized within the battle in a way that makes way for them to have individual arcs. Brienne, Jaime, Grey Worm and Jorah pop in and out of the action like the push notifications on your reminders app. They only show up to confirm their still-alive status.

Thrones gives itself a higher degree of difficulty than Helm’s Deep by dividing its action across multiple fronts, though it isn’t as dexterous as you’d hope in clarifying how each section is impacting the others. Bran and Theon are at the Weirwood Tree as bait for the Night King, but that section of the battle is largely quiet. Bran wargs for what appears at this time to be no reason, and Theon and the guard shoot at charging White Walkers we can’t source or number. Meanwhile, Tyrion, Sansa and the show’s love interests wait in the Winterfell crypts. They have a few bits of dialogue, but there’s no character change taking place on that front, so these asides feel more like momentum killers than anything necessary.

Helm’s Deep’s scenes apart from its single front are fewer in number but more important. Theoden cowers in his throne room until the battle’s third act, when a feisty Aragorn urges him to ride out and take a stand against the Uruks. The scene affects both of them as individuals—Aragorn becomes the explicit leader of the army while Theoden becomes its symbolic leader—but it also serves the broader arc of the battle. It gives the good guys just enough breathing room to last until Helm’s Deep’s final turn.

The Battle of Winterfell’s bridge between acts two and three is the Night King resurrecting all the dead in Winterfell. It’s a great “uh oh” moment that outdoes Towers’ already great “uh oh” sewer-bombing moment, but its effects don’t force our characters into choices that express their inner nature, like the bombing does for Aragorn and Theoden. True, the dead begin to rise in the Winterfell crypt (where we have a nice almost-goodbye between Tyrion and Sansa) and the tide turns for the worst inside the keep, but these battle shifts don’t impact the characters beyond making them swing their swords for another 20 minutes.

The only characters given a true arc in the Battle of Winterfell are Arya and the people who enter her orbit, especially the Hound and Milesandre. It pays off in a big way later, but in the interim, it makes for “The Long Night’s” most satisfying sequences. As this party battles their way through the White Walkers who have broken into the keep, their sacrifices become weighted with meaning, and by the time they’re able to take a breather, their relationships with each other have changed and they’re empowered to fulfill their roles in the episode’s final moments. It’s the best sequence of pure storytelling in the whole 80 minutes, because it proves impactful to both the plot and the characters.

The ending of both Helm’s Deep and the Battle of Winterfell assume similar deus ex machina dynamics. The former climaxes with the iconic arrival of the Rohirim and the latter with Arya’s surprise attack on the Night King. Despite each moment’s temporal convenience, they’re both earned.

By Gandalf’s return to Helm’s Deep, the characters fighting in the Hornburg have completed their arcs. Theoden is a king in stature and function, Aragorn is a leader and even Legolas and Gimli’s competition has grown into something that benefits the greater army. The only thing left to fulfill the sequence is the outcome of the battle itself, and so the coming of the riders is a reward of sorts for all the inner transformation the characters experienced. Visually, it’s poetic and gorgeous, a divine blessing descending from on high to eradicate the blackness threatening these purified hearts.

Arya’s attack on the Night King hand-waves the details of how she broke through so many Walkers, but those details are incidental. What matters is her solidification as one of the most decorated warriors in Westeros, savior to the family members she has left and master of every lesson she’s learned on her eight-season journey. It’s the culmination of her story and a fitting, triumphant one. People might argue the implications of the Night King’s death on the rest of Game of Thrones at large, but taken just within “The Long Night,” it’s a fist-in-the-air conclusion.

And yet, the Battle of Winterfell’s presentation ultimately pales in comparison to Helm’s Deep. “The Long Night” has thrilling peaks, but it contrives so many details to reach those peaks that the battle as a whole comes off as illogical and incoherent, rendering it somehow inert within a series that’s been supposedly building toward this climax for years. It’s not that the Battle of Winterfell didn’t have any consequences—it had tons—it’s that those consequences are a result of a few too many “don’t worry about it” dismissals. The episode doesn’t balance its characters well enough and its subplots are distractions rather than complements to the A-plot of the battle.

Adversely, Helm’s Deep fills its runtime with one of the tightest battle structures in all of entertainment. Its set-up is simpler than Winterfell, but less is more here. The visuals are as impressive but less evocative than Thrones, and it’s maybe not as artsy, but Helm’s Deep’s technical excellence services its story in a way Winterfell’s technicalities only service style.

As the Battle of Winterfell swelled, the seams stretched and popped, but Helm’s Deep can still hold water, from how its pieces moved around to how the battle itself ebbed and flowed. These will be the twin standards of onscreen war scenes from this point forward, but while one was built taller, the other will hold stronger and carry greater influence. You can’t tear Helm’s Deep down, even if you have sewer bombs—or dragons, for that matter. 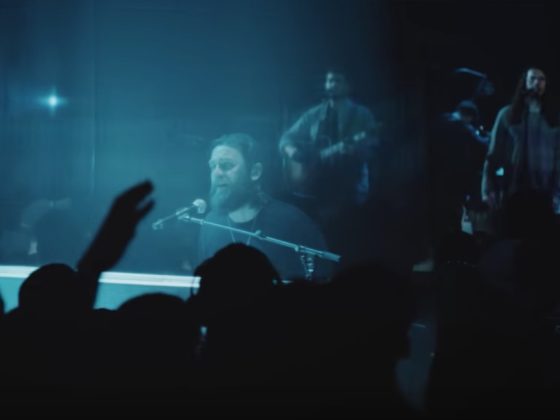 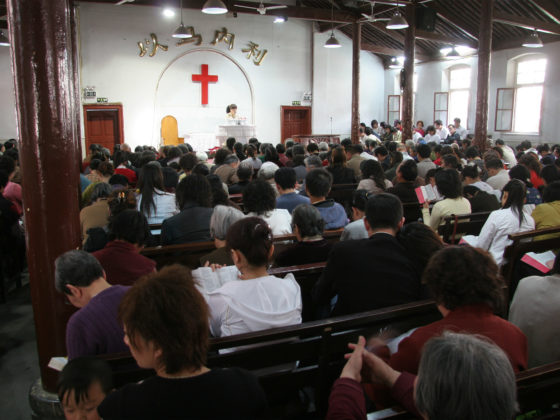