If you scroll down your Facebook feed for more than two minutes, you’re sure to spot some sort of rant about a political figure. Social media has become the go-to place to mock and insult those authority figures we disagree with.

What About Government and Politics?

The Bible also says Christians should honor, respect, pray for and obey authorities in positions of government. This can be challenging for all of us, especially during a heated political season like the one we are in now. And yet, because politics are so heated, the season we are in presents Christians with a unique opportunity to live counter-culturally to the typical partisan spin and vitriol.

Biblically, Christians have a civic duty to honor their national, state and local officials. As long we aren’t being coerced to sin against God, following Jesus includes submitting to and praying for all of our public authorities. When this happens, the citizens of God’s kingdom will be known as the most refreshing citizens of earthly kingdoms, no matter who is in charge. This was true in biblical times, and it can be true now.

New Testament Christians were routinely marginalized, persecuted and even put to death by the Roman state. Even in this climate, honoring, respecting, cooperating with and praying for Roman officials was part of being a disciple. The Apostle Peter, who would later be executed by Rome for his Christian faith, said that in all circumstances, Christians must honor the king (1 Peter 2:17). The Apostle Paul, who would also be martyred by decree of the Roman Caesar, said every Christian must submit to and pray for governing authorities (Romans 13:1).

In today’s political climate, it is sometimes hard to find Christians who embrace this line of thinking. Instead, many have been drawn into partisan spin and rhetoric. In so doing, these well-intended but misguided Christians have become more like the world than like Jesus.

Here are a few thoughts about how we can retreat from the spin and rhetoric, and instead return to more of a New Testament approach:

1. Don’t Label or Smear; Instead, Humble Yourself

Similarly, left-leaning Christians have shown disrespect to our previous president. Words like “Murica” and “Strategery” are now part of the American lexicon, but not for honoring reasons. Rather, such words are used to belittle, embarrass and caricature this president and Yale graduate as a bumbling idiot. Left-leaning Christians can also engage in rhetoric that labels right-leaning authorities as anti-poor, anti-woman, anti-immigrant and so on.

Right, left, or neither, we should address the logs in our own eye before we presume to address the specks in someone else’s.

2. Show Respect for Authorities With Whom You Disagree

Examples fill the Scriptures. In spite of being put in prison for crimes he didn’t commit, Joseph treated Pharaoh and the Egyptian guards with honor. Daniel and his three friends spoke respectfully to Babylon’s evil King Nebuchadnezzar. David blessed and prayed for King Saul, even though Saul wanted to kill David. When David had the opportunity to defeat Saul with his sword, he resisted the temptation. Instead, he entrusted himself, and the ways that king Saul had injured him, to God who judges justly.

David wouldn’t even speak negatively about Saul. Why? Because God, for reasons only God knew, wanted Saul to be king for a time. Out of respect for God, David gave respect to Saul.

These are great models for us to consider as we engage political discussions, and as we think about how to relate to authorities we don’t agree with.

3. Engage the Political Process in a Grown-Up, Non-judgemental Way

Amid a heated political campaign in 1774, John Wesley wrote the following in his Journal:

I met those of our society who had votes in the ensuing election, and advised them:

1. To vote…for the person they judged most worthy,
2. To speak no evil of the person they voted against, and
3. To take care their spirits were not sharpened against those that voted on the other side.

Another thing you can do is organize. With the rise of Facebook groups and Meetup.com, there is no shortage of opportunity to meet with other community members or like-minded advocates and champion for the causes you believe in. Twitter is also an invaluable resource when it comes to following the grassroots social activism movement.

It’s tempting to stay behind your keyboard when it comes to causes you believe in but it would be far more valuable to donate your time, financial contributions or professional skill-sets to an organization pro-bono once you find where you can be a resource. Many people feel like they can’t get involved because they don’t know where to start. Just walk through a door and start.

4. Remember Jesus’ Kingdom is Not of This World

Jesus came to fulfill every part of Scripture. Not one scratch of the law will go unfulfilled by Jesus. How conservative of Him. And yet, as Jesus demonstrates, the more conservative we are in our beliefs about Scripture, the more liberal we will be in the ways we love. Jesus fulfilled the law by feeding the hungry, identifying with the poor, empowering women, reaching out cross-racially, and welcoming and eating with sinners. How progressive of Him.

And get this: Jesus brought Simon, an anti-government Zealot, and Matthew, a government employee, into his group of disciples. Of the four Gospel writers, Matthew alone points out this fact, signaling that loyalties to Jesus transcend all other loyalties, including political ones. Even Simon and Matthew, two people on polar opposite political extremes, can live and love in community together. Why? Because instead of creating dividing walls, Jesus breaks down dividing walls and prays that His followers—from the political left and the political right—will live as one. In this, we show the world that we are His disciples.

5. Ask Yourself the Most Important Question

In consideration of Matthew and Simon living in community together under Jesus, we should wrestle with the following question:

If it’s the first instead of the second, we may be rendering unto Caesar what belongs to God. And that can’t be a good thing.

The way we answer this question will, in many ways, determine what kind of honor—or what kind of dishonor—we will give to those in authority over us. 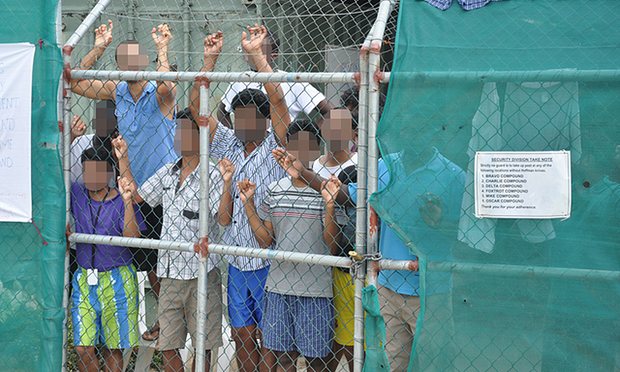 The US Is Working to Resettle Up to 1,800 Refugees Currently in Australian Migrant Camps

Why It’s OK to Be Upset When Celebrities Die