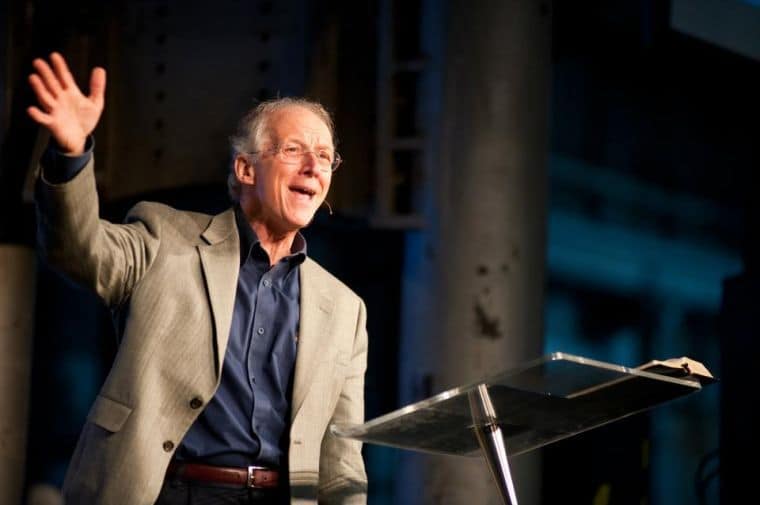 What does John Calvin have to do with racial reconciliation? Does Reformed theology obstruct racial unity, or does it offer a way forward? The question comes in today from a listener named Drew. “Hello, Pastor John. I live in the South and attend a church that holds to Reformed theology and does great work for the gospel of Christ in our city. My question: Do you think it is possible for people in the Reformed world to use theology as an excuse to distance themselves from churches that are predominantly African American in order to avoid any deep issues or discussions of race that come up? How do we fight this and gladly partner with our brothers and sisters in Christ? How do we address the real issues of racial history that exist, especially with churches that are less obviously Reformed in their theology?”

Piper’s several minute response essentially states that there is nothing endemic to the content of Reformed thought that would impede racial reconciliation but concedes that people can find a way to use any teaching for their own interests. The talk culminates with him stating “Racial harmony and unity and love and respect and delight cost Jesus his life…not to pursue this [racial harmony]…is to belittle the blood of Jesus.”

And all the frustrated black Christians did the cabbage patch and the dougie before running a lap around the sanctuary.

On Good Friday of all days, it is a welcomed announcement that whatever Jesus accomplished through the cross, it had some relevance to racial justice–a notion that is not a given for many Christians, especially white Christians, reformed or otherwise.

I’m reminded of the many discouraging race conversations I have personally had with white pastors on the topic. I’ve been told on several occasions by white senior pastors that the Gospel does not apply to racial justice: literally have been looked in the eye and told “Racism is not a priority to God.” The problems with that statement are too numerous to engage in the space allotted here. Suffice to say that is an instance of a long tradition of Christians shutting down race conversations and efforts toward racial justice for theological (read: heretical) reasons. It is categorically bad news and is costing the church dearly in what the New York Times has called “a quiet exodus” as black Christians begin to leave white evangelical spaces that use religion to disengage from conversations about and advocacy against racial injustice.

At the same time, Piper’s full response doesn’t seem to tackle the question head-on. He hones in on how doctrinal problems cause divisions among people regardless of race, which is true: which misses the point of how race can (and has) uniquely inform(ed) the way that people think theologically and therefore behave. But that much is not surprising. Listening, it’s like watching a gymnast try a really difficult acrobatic move: for a second you’re not sure if he’s going to lose control of the move and fall into theological arguments for colorblindness or ask for an evangelical kumbaya. But he sticks the landing. (Hey. Sometimes the sum is right, even when the math is kinda wonky.)

The fact is that Reformed Theology has been used to impede racial reconciliation. But thank God that someone in that camp, who knows it intimately, is out in these streets letting people know it doesn’t have to be that way.

Gaza Christians Will Be Barred From Israel on Easter

Snoop Dogg: ‘I Thought Church Was Supposed to Welcome Sinners’