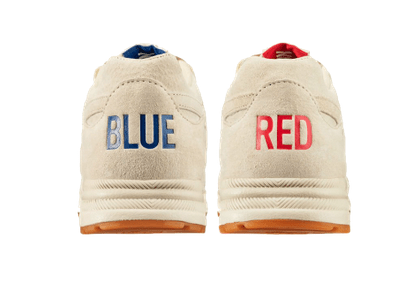 Reebok has just released pictures of new shoes designed by hip-hop star Kendrick Lamar, which go on sale in the U.S. on July 18. The shoes take inspiration from his upbringing in the gang-divided neighborhoods of Compton: Though the tongue of the each shoe has a tag that says “neutral,” as SneakerBaas explains, “Hints to the Westcoast Bloods and Cribs gangs are found on the heel with a bold BLUE on the left and RED on the right sneaker.” The design is featured on the classic Ventilators, which turn 25 this year.