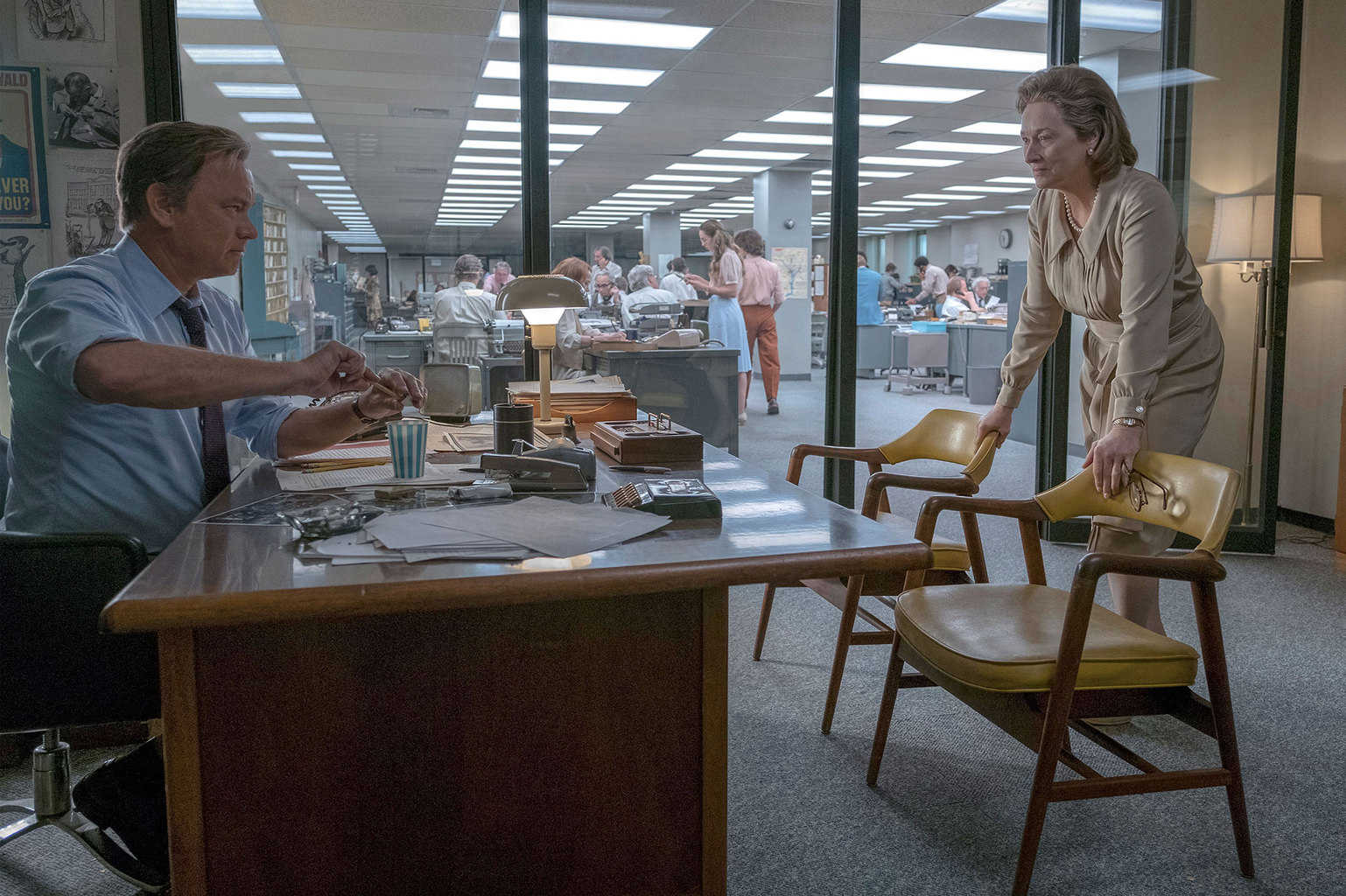 Ideas aren’t usually protagonists, except when it comes to films about journalism. For decades, filmmakers have relished in idealizing the profession as a cold, objective fact-finding mission powered by an emotionally resonant purpose. The crammed spaces, tedious phone calls, and fast dialogue are believable flourishes in the best of these films, including All the President’s Men and the more recent Spotlight.

Unfortunately, The Post never rises to the level of these excellent films of similar material, specifically All the President’s Men considering the direct similarities and subject matter (you could almost call The Post a prequel). It’s fair to call a film like The Post workmanlike in its delivery, a stylistically safe piece of art that feels more compelling in the abstract considering current events.

Unsurprisingly, movies about journalism can often strike a dishonest chord with some viewers, mainly ones who have a natural distaste in films that almost deify the media, even when there’s a fair share of evenhandedness. Some would even call a film like The Post, directed by Steven Spielberg, a piece of light propaganda for the free press, while others would celebrate it as a necessary gut check for how fragile our institutions and constitutional rights truly are. No pressure.

It’s important to remember that the real-life reporters for The Washington Post, portrayed by what has turned out to be one of the best film ensembles in recent memory—Tom Hanks, Meryl Streep, Bob Odenkirk, Tracy Letts, and many more—were frighteningly close to being thrown in jail for publishing the Pentagon Papers. At the time, The Post was a mid-range regional paper in the months leading up to the Watergate Scandal, which would go on to make them a household name.

The script was written by Liz Hannah last September, before the Trump administration took power and began to openly vilify the free press and accuse many major outlets of fabricating stories. So for obvious reasons, The Post feels unavoidably tied to an ongoing public discussion about the role of the press in this new era of so-called “fake news” and whether or not it will survive this shifting landscape—or if it deserves to in the first place. In the face of open hostility toward the press by our current government, The Post certainly feels like a heartened reminder of the battles that have come before and what we might learn from them today.

So it’s no surprise whatsoever that The Post takes a clear side in this debate, purposefully exercising almost zero nuance, undoubtedly because Spielberg worked this script into a movie during the last 9 months. The story is true to history, of course, in that former President Nixon declared political and even legal war against The New York Times and The Washington Post for myriad reasons, including the publishing of government secrets exposing lies about the Vietnam War.

In the simplest terms, The Post is far more interesting in its own context than as a standalone story. On paper, we have acclaimed director Steven Spielberg uniting two of our finest actors for an underdog story when plenty of America is rooting for the free press already. Nevertheless, both Meryl Streep and Tom Hanks can turn just about any role they’re given into something special through sheer charisma and force of will.

Hanks in particular rises to the challenge of portraying Ben Bradlee, who was already iconized by Jason Robards in All the President’s Men, earning him an Academy Award for the role. Here, Hanks is every inch the seasoned editor who would go on to oversee the Post’s coverage of the Watergate Scandal. Add Spielberg’s other secret weapons—John Williams as composer, Janusz Kaminski as cinematographer, and Ann Roth as costume designer—and you’ve got a sure-fire Oscar contender and cultural conversation-starter. Right?

Well, almost. The Post is shockingly easy to shrug at, even if you’re already a fervent supporter of the real-life news organization, or the free press at large. And it’s hard to argue that The Post will turn out to be all that persuasive, otherwise. The film certainly presents challenging themes, but the challenges are not terribly substantial, in part because the scenes that bring up or even portray the obstacles Kay Graham (Meryl Streep) faces as a woman in a man’s world tend to be shown as visual gags instead of something akin to drama.

The plot is loosely held together by quite a bit of setting up and falling down, devoting much of its runtime to making you want to care about what the Pentagon Papers are, how the newspaper operates, and what’s clearly at stake, before finally getting to the point where everything finally comes together, which is when the film is at its sharpest. But even then, The Post lacks the sort of hard-earned resolution its counterparts built careers on, merging bittersweet sweat and tears with a triumphant victory of the truth well-told.

And if this all sounds like a good bit of nitpicking, it’s only because a film directed by Spielberg and starring two of the best actors working today has far too much potential to be this by-the-numbers—suitable enough for a rousing pat on the back for the scores of Americans already horrified by the implications of our collective political future, but not practical enough to arm said Americans with a sense of perspective. At the very least, The Post manages to be an entertaining enough history lesson, even if it is one we’ve already learned before.