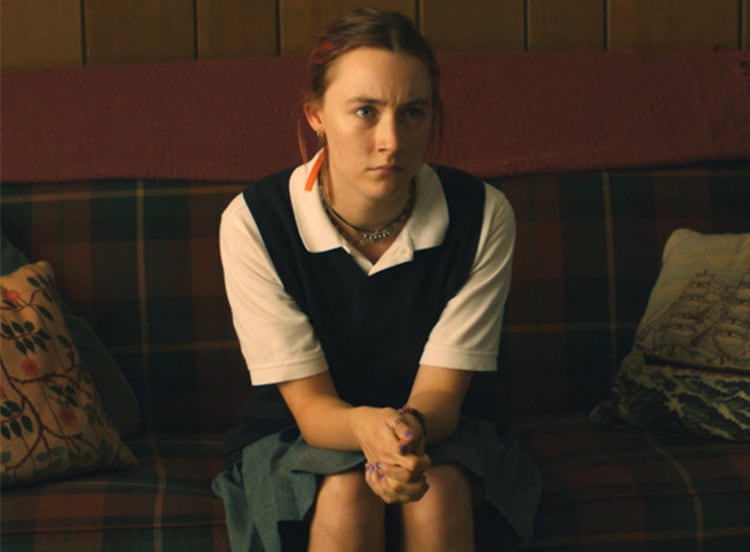 As great as Stranger Things season two was, there are a couple of comically misplaced scenes in the Netflix exclusive. One comes when the boys are playing shirts versus skins basketball in gym class.

Rather than the skinny torsos of 15-year-olds still going through puberty, the screen shows impossibly fit 20-something actors standing in for high school students. To be more specific, actors who clearly have personal trainers.

It’s not just the dialogue that feels authentic in Lady Bird—the solo directorial debut from Gerwig, one of the most talented young directors in Hollywood.

“I’m very committed to finding what’s beautiful and what’s real,” she explained. “Part of that is not having super built-up young men or young women with flawless, perfect faces. In all of the teenage movies I’ve ever seen, the girl has perfect skin. That’s just not true of teenagers. Sometimes they have a little bit of acne. That doesn’t make them less beautiful, it makes them real.”

If you want proof of bias against female directors, look no further than Wonder Woman-director Patty Jenkins. Back in 2003, Jenkins directed the Oscar-winning Monster starring Charlize Theron. Despite the film’s commercial and critical success, Jenkins didn’t get to sit in the director’s chair for another 14 years. When she finally did, Jenkins turned Wonder Woman into an $821 million box office smash.

But things are changing, due to a combination of the media questioning the lack of female directors and the movie ticket-buying public showing up to support diversity at the box office. Gerwig is one of the members of this new class of creatives leading the charge for a larger number of perspectives on the big screen, and she’s producing work that’s impossible to ignore.

Most notably, Gerwig was on screen alongside Natalie Portman in the Oscar-nominated biopic Jackie. But rather than the logical path of an actress trying to get larger and larger parts, Gerwig has zigged and zagged her way through the entertainment world, from collaborating with Noah Baumbach and Ben Stiller in the indie darling Greenberg to voice acting on the Adult Swim show China, IL for Cartoon Network.

Although she’s both written and co-directed on several acclaimed projects in the past, Gerwig had never taken over the reins of a film until Lady Bird. Any doubts of whether the 34-year-old was ready to handle directing solo—a role that often comes much later in the film industry—have been silenced by early buzz around the film mixed with Lady Bird’s current score of 100 percent on Rotten Tomatoes.

Lady Bird tells the tale of Christine McPherson, a high school senior in Sacramento, which she describes as “the Midwest of California.” The semi-rebellious teen shuns her given name in favor of “Lady Bird,” which she insists her family, friends and teachers at her Catholic school address her by. More than anything, Christine just wants to escape her hometown and attend college in New York City.

The movie is a period piece, set in the early days of the Iraq war. Christine and her friends navigate dating, plans for the future and the hierarchy of the high school-pecking order as news coverage of missiles firing in the desert flash on non-flat-screen box TVs which stick out like relics from a bygone era.

According to Gerwig, the only way to make an authentic movie about teenagers and not have them constantly interacting with mobile devices was simply to move the plot back in time to the pre-smartphone era when interaction had to be more face to face.

Lady Bird also stands out from the crowd because the McPherson family struggles financially. Although the housing, auto and bank crises hit years after the 2002-2003 time period the story is set in, financial uncertainty ran rampant in post-9/11 America.

Christine’s own journey from the late stages of adolescence towards college and independence are complicated by the fact that her family is strapped for cash. When her new boyfriend leaves his affluent neighborhood to pick Christine up for a date, he exclaims “I didn’t realize there were actual railroad tracks!” referring to the ones that separated his well-to-do neighborhood from her blue-collar digs.

Ultimately, Lady Bird is a movie about family and the struggle every teenager must go through to step into adulthood. Of course, there are countless movies that deal with the same subject matter, but what sets this one apart is that it just feels, well, like these are actual teenagers who look and talk like the ones that live next door. There’s also a very interesting faith element to Christine’s story, which can’t be written about without mildly spoiling the plot.

If you’re looking for an escape to the theater during Thanksgiving weekend, you can’t go wrong with this one. Lady Bird isn’t just one of the best movies of the year. It’s a testament to how fresh and real a story can feel when Hollywood opens up to the idea of diversity in the director’s chair.