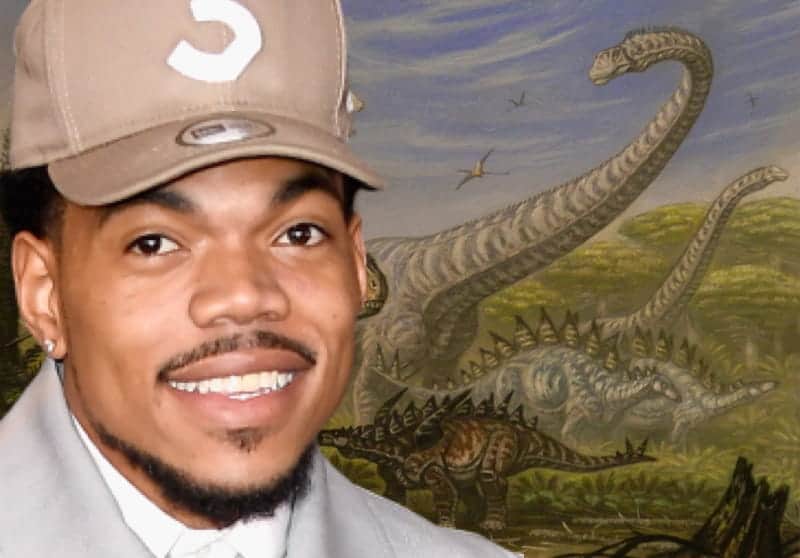 Chance the Rapper, one of the hip-hop marvels of his generation, has a lot going on. He’s got his wildly anticipated Coloring Book follow-up due out this summer. He’s fresh off a biblical sabbatical. He just got married to his longtime squeeze. And now he’s taken on a new mantle: champion of young earth creation theory.

It all started on Twitter (where else) when Chance tweeted an innocuous if swear-y musing about the age of the earth.

As you can see in the screengrab above, that tweet was met with quite a few replies — many of which pushed back on Chance’s estimation. But Chance was undeterred.

I know its old trees and rocks and alligators and stuff but I give this joint a million on the high side.

And things sort of continued from there, with Chance getting ratioed while he continued to express skepticism about the age of the earth.

The rapper is not exactly alone, although his beliefs are growing less popular. A Pew Research study from earlier this year found 81 percent of Americans believe humans evolved over time. White evangelicals are, as you might expect, more likely to be skeptical of evolution: four in ten say humans have always existed in their present state, and 27 percent of black Protestants say the same. That clashes pretty harshly with American scientists, 98 percent of whom say humans and all life forms evolved.

Perhaps this is surprising given American Christians’ range of beliefs about the age of the earth, but the notion that the “days” in Genesis 1 and 2 refer to literal 24-hour days is not something most biblical experts believe even a conservative reading of the Bible requires. No less a theological scholar than St. Augustine of Hippo wrote in City of God: “What kind of days these were it is extremely difficult, or perhaps impossible, to determine.” Edward J. Young was a firm believer in biblical inerrancy and wrote “[i]ndications are not lacking that they may have been longer than the days we now know, but the Scripture itself does not speak as clearly as one might like.”

The great Carl F. H. Henry, a firm believer in biblical authority and a titan of neo-evangelical thought, wrote “Faith in an inerrant Bible does not rest on the recency or antiquity of the earth …The Bible does not require belief in six literal 24-hour creation days on the basis of Genesis 1-2 …it is gratuitous to insist that twenty-four hour days are involved or intended.” You can read more on the scholarly beliefs about the Genesis account here.

But for now, Chance appears to have made up his mind.