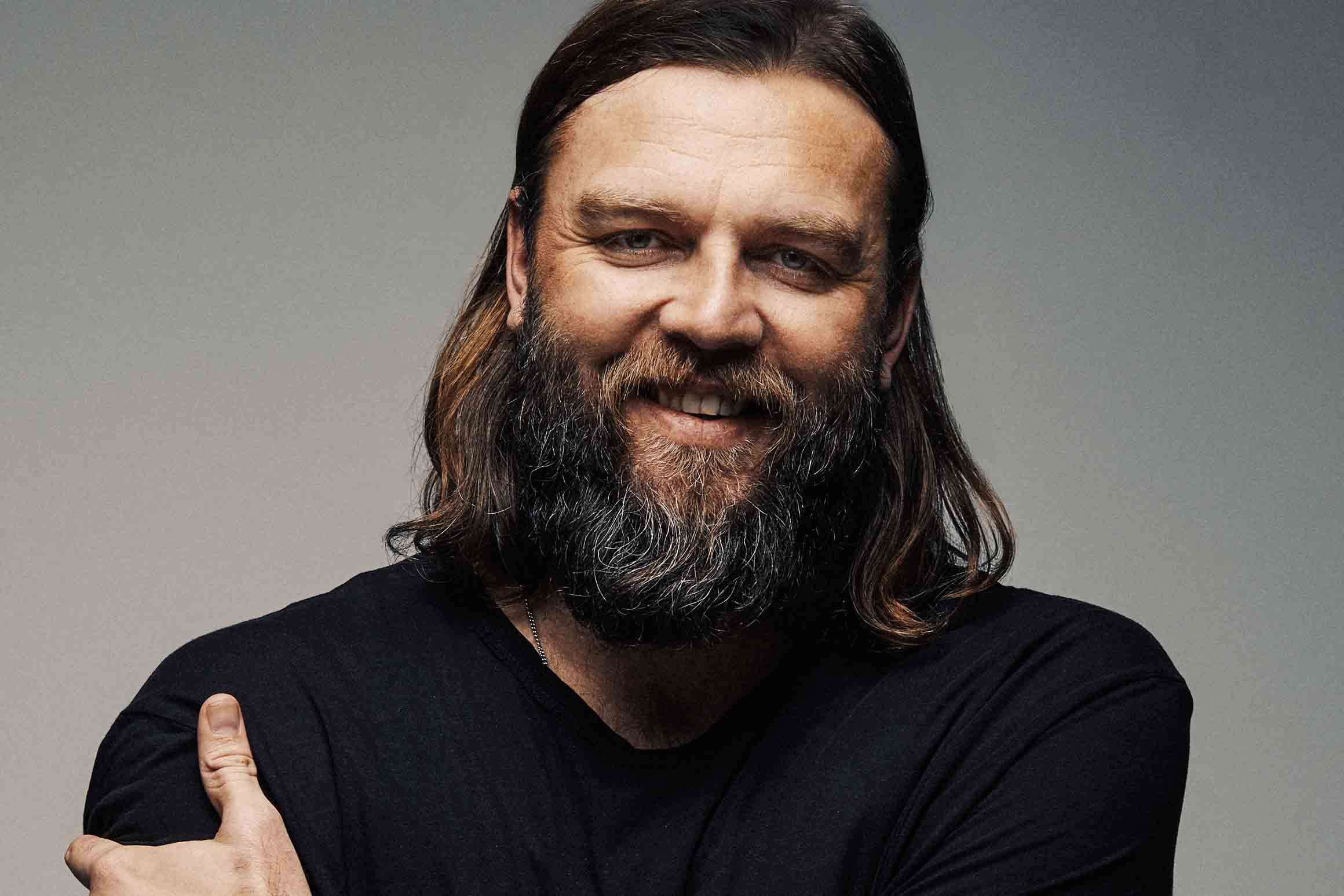 In RELEVANT’s latest cover story on Hillsong United, the band’s longtime lead singer Joel Houston revealed the band’s latest album, People, was a product of intense spiritual struggle. The group was stagnant. The passion was gone. They had zero path forward.

“I just found myself in a place where, let’s be real, I kind of lost the wonder,” Houston explained.

If you go to a Hillsong United concert now, the atmosphere might be a little different than years past. It might feel a little more communal, a little more raw, a little less—as Houston puts it—”happy clappy.” The new energy, both more vibrant and more close to the ground, comes right from the band. They’re on the other side of a major revival, both for their artistry and their mission as a worship group.

Houston sat down for an episode of RELEVANT’s Unedited podcast to talk further about his state of mind in the wake of United’s unprecedented success following Wonder, how that tour sent him into a spiral and how he came out of that spiral to lead the band into work on People.

Does this tour [for People] feel different than the others because of everything that preceded it?

I think it’s a collision of different things. I think it has to do with what God’s been doing in us, I think it has to do with where we’re at as a culture and I think these songs came out of a place that felt timely when we wrote them. It’s been surprising. You’re never really sure whether the people are going to turn up. I feel like every time I look at Instagram there’s 50 tours floating around everywhere. Sometimes it makes you think, ‘Is there a point in us doing it?’

When we started with United, it felt like we were always trying to step into something we hadn’t seen happen before. When we first started writing songs when we were kids, the lyrics just wrecked us. It felt like there was a space where we could write songs that felt genuine to us. Even a few years ago there was just so much great worship music out there, so I was like, maybe I don’t want to add more noise to the mix. There were real questions about whether it was time to look at other opportunities.

This was a few years ago? Right around the time of [your last album] Wonder?

Yeah, right after we did Wonder. It’s almost like God reawakened me to get back to the basics of it, like the heart and soul of what it means to get together with people. I keep coming back to our name: United. We put across Hillsong United as a youth ministry. There were no plans to ever record music or travel the world, any of this. It was just the name we put on it because [at Hillsong Church] we put the three age groups together and called it United Night just to get everyone together. It seemed kind of arbitrary at the time, and all these years later it’s kind of cool it actually means something.

God knew what he was doing a long time ago. He saw all of [this] back when we were just kids with no idea. There’s a power to it. Even the decision, years ago, to not play at churches and play in venues familiar for people who would never go to a church but might come because it’s where they saw Tame Impala two nights ago and they’ll step in and experience something they otherwise wouldn’t. There’s intention to all of these things, but there’s a whole lot of God orchestrating things, too. He’s worked through all these seasons where we went one way or another, and it’s been good the whole time, but right now something special is bubbling and I can’t explain it. This album was like trying to write a soundtrack for something special that God’s going to do.

You went away for a few years. Where were you?

I was chilling on my couch. I think burnout was part of it, but I just woke up one day and I felt like I had nothing to look forward to. That was a really strange feeling. I’ve had seasons that have been tough, but this was different, and it took me by surprise. To be honest I started questioning everything about myself, really. Not so much God, but me. Maybe you’re only here because of whose son you are. Maybe you’re doing more harm than good. My biggest fear in life would be to lead someone astray, where they get caught up with the wrong stuff. I’ve since learned you can’t control that. If you live that way, ultimately you stop doing everything, which is why I stopped doing everything. For a moment it was really dark. The lights were out.

I’m so grateful for the people around me. We’d made a decision about three or four months before to take a year off with United right as we were about to go off promoting Wonder. We’d been promoting the album and we got on a bus in Dallas and I just looked at everybody and said, ‘Hey, what if we just don’t do it? What if we just go home?’ and literally everyone burst into tears.

When you were in that moment after you canceled the tour, how did you pull yourself out?

My way of dealing with things in the past was just to get busier. I was writing a book and it was meant to be 60,000 words and I think at one point I looked at the word count and it was well over a million words. It was stupid; it was absolutely ridiculous. I realized I was basically writing as a distraction from this deep pain I had. When you’ve been a Christian for a while you get good at turning off all the switches so it feels like everything’s fine. I think I deceived myself. I lost perspective altogether. So I went to see this amazing guy in Scotland in this beautiful English manor. It was [under construction] and I felt in the moment like I was looking at my life. I love architecture. I wanted to be an architect when I was a kid, so I saw it and I could see what the finished product was going to be amongst all the rubble.

We talked and he told me I was dancing with my shadow. Most people don’t even front up to their shadow, but it’s there and it’s part of who you are. Ego is not a bad thing and a shadow is not all bad, either. There’s a good side to your shadow and there’s actually a good side to your ego, too. That’s where you get your confidence from, that’s where you get your boldness. But if you let one of those things go out of shape you’ll be a conflicted mess, and that’s what I was wrestling with. I was wrestling to find something else.

How do you keep that freshness? You’ve been doing this for 20 years.

There’s two things I feel like the enemy took: my joy and my ability to dream, but all of the sudden I started thinking about the future again and getting upset about things again, because I was indifferent there for a while. Writing songs really helped me stay occupied, and the other thing was understanding there’s a process. For me, this was something that had built up over a long period of time. It was the same on the way out.

It sounded like this machine kept you so busy it was just like you couldn’t get off the treadmill.

I fell off the treadmill. I tried to pump it up to 15. A lot of it was self-inflicted; my defense mechanism was to just throw myself into it.

Are you approaching this tour in a different way on the other side of all this?

It’s almost like you need a little shake-up to see the beauty in everything, and at the core of what I see is people. It’s people that piss us all off and it’s people that will drive you nuts but it’s where all the beauty is, because they were made in the image of God. I’m just thankful for things that I maybe took for granted. I would have said in the past [onstage] that we never take these nights for granted, but it’s one thing to say something and another to actually mean it. It’s different when you have to walk through it. I think that’s the goal: The Bible is not just something we know, it’s something that becomes flesh and blood in us. That’s the way I feel like I’m going.

James Gunn On Returning to the MCU: ‘People Have to Be Able to Learn From Mistakes’

An Immigrant Toddler Apprehended at the U.S.-Mexico Border Has Died