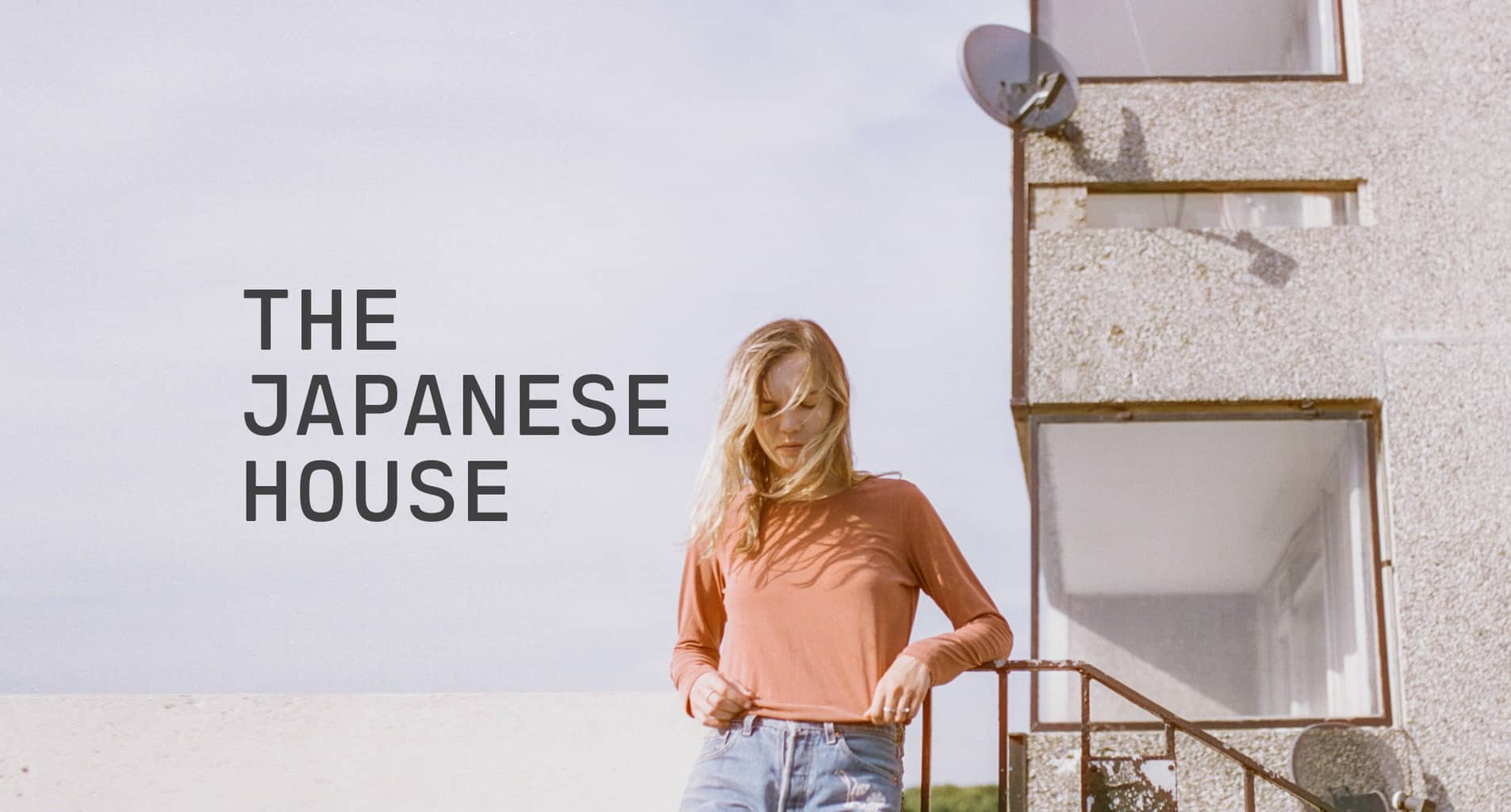 Amber Bain is hard on herself.

It comes up a lot, the way she continues to set a higher bar for herself to jump over, and the way she quickly dismisses old standards and moves on to new, loftier goals. It even shows up in the few moments she allows herself to feel proud of her accomplishments.

“The last [extended play] I made—I’m very proud of [that],” she says. “But I think it’s sort of intimidating. I’m like, ‘I have to make my next album better than that.’ Like, why didn’t I save a couple?”

But if she’s honest with herself, Bain—best known by her moniker The Japanese House—isn’t one to hold back. “I don’t know how to compete with my previous self,” she admits. “But then obviously I’ll have days where I’m like, ‘I can do that again.’”

Bain’s been doing it again and again for a few years now. The British 22-year-old has taken the indie scene by storm with a slew of arresting EPs that have won her a vast and growing number of fans. She’s grateful for the attention, she stresses, but it’s all very new.

“People know an awful lot about me,” she says. “Like, people I wouldn’t expect, like old women. Not like I don’t want them to like my music, I think it’s great! I just couldn’t imagine my mom being obsessed with a band and knowing everything about them.”

Bain is still getting used to all this. We spoke shortly after she landed in Chicago, and she had just met a girl who had The Japanese House lyrics tattooed on her arm.

“She was with her mom and her mom obviously was not happy about this tattoo,” Bain laughs. “And I was like, ‘Sorry and umm, it looks great?’”

She’s probably going to have to get used to that sort of obsessive fandom. She’s released four stellar EPs in the last two years and has already netted coveted slots in the international festival circuit. That’s an unusual achievement for a musician who hasn’t even released a full-length album yet, but Bain is an unusually talented artist. And now she’s intent on staying true to what’s gotten her career this far, even as she prepares for much bigger things.

“When I think about it too much I get really spaced out,” she says of her sudden ascent. “Where I’m just in this hole of thinking, ‘Where am I?’ When I take a step back I’m like, ‘Oh, OK. I’m playing Lollapalooza and I’m in Chicago because I wrote a song in my room.’ Yeah, it is weird.”

Bain says she still writes songs in her bedroom, and they sound like it—deeply personal, so intimate you’re not sure you should be allowed to listen in.

“They all come from a very dark chasm in my soul which you wouldn’t believe talking to me, because I’m hilarious,” Bain confirms. She’s only half-joking here.

The songs do sound like they come from a dark place, and Bain is hilarious, peppering her dialogue with a deadpan, self-effacing wit. She says she must be in a good mood today because she’s feeling proud of her most recent EP, Saw You in a Dream, which has drawn widespread critical acclaim.

Saw You in a Dream showcases Bain’s gift for eminently singable melodies. It’s difficult to believe, listening to her music, that choruses this lovely have never been written before—that they’ve just sat there, undiscovered, waiting for someone like Bain to come along and turn them into an actual song, one her voice floats under in a way that feels both intimate and disembodied. It’s enough to make anyone feel deeply connected to what she writes after just one listen. Anyone, that is, except for Bain herself.

“As soon as I release [my songs], I usually become completely detached from them,” she explains. “I kind of listen to them like they’re other people’s songs. I haven’t really listened to them too much so when I do actually hear them, I’m like, ‘That’s pretty sick. Well done, me. Well done, good young me.’”

Bain has good reason to be proud of Saw You in a Dream, which adds some new production tricks to her already sterling oeuvre, and lyrically explores rarefied territory, including the title track which she calls “one of the most personal songs I’ve written.” It’s about an old friend who passed away after years of Bain slowly growing apart from her. She says she wasn’t sure initially whether or not the song should even be released.

Bain is working on her full-length album. Here again, she’s making it hard on herself, saying that it’s “all I’m thinking about.”

be able to trust my following anymore.”

She laughs a little at that thought, saying, “I would be like, ‘You’re all idiots! Why do you like this ?’ … I’m a very harsh critic, so it better be pretty good.”

Bain says her full-length will be entirely original content—no recycled tracks from any of her EPs.

“I want the album to be full of songs that are like, ‘Oh I haven’t heard of The Japanese House. What do I listen to first?’” she says. “And I want them all to be contenders.”