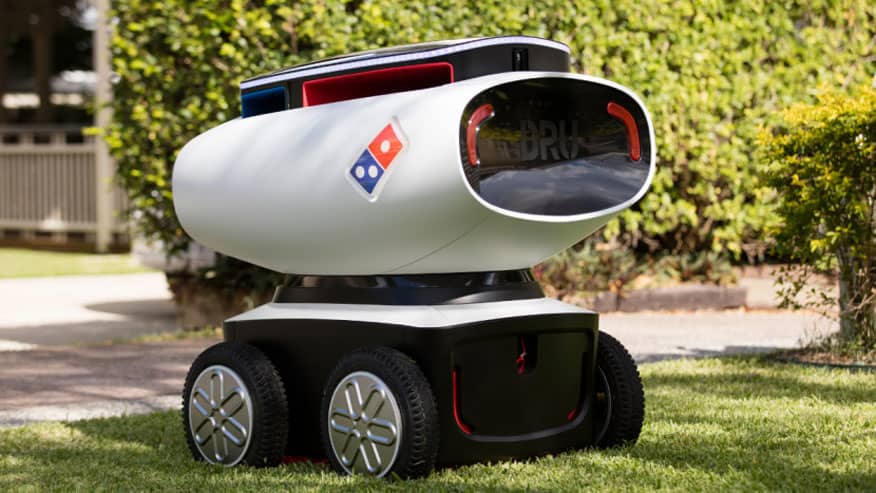 Not one to be left behind all of the innovations in pizza takeout technology, Domino’s in New Zealand has developed a drone prototype that will actually deliver pizza to customers.

“It doesn’t add up to deliver a two-kilogram package in a two-ton vehicle,” Scott Bush, a general manager for Domino’s Pizza Enterprises, told CNN. “In Auckland, we have such massive traffic congestion it just makes sense to take to the airways.”

A customer who wants a drone delivery—which, sorry, comes with an extra charge—will get a notification on their phone when the drone is approaching. The drone will lower the food on a tether after the customer hits a button on his or her smartphone from outside.

The drones will be automated, but a human will supervise nearby. There are also New Zealand drone laws that don’t allow a drone to fly further than the drone operator can see, but Domino’s says it is working with authorities to change those.

The chain plans to begin testing real deliveries to customers at the end of next month. Bush hopes that eventually drone delivery will not come with an added charge.

The New Zealand restaurants are independent of the ones in the United States, so drone deliveries may not be on our immediate horizon.