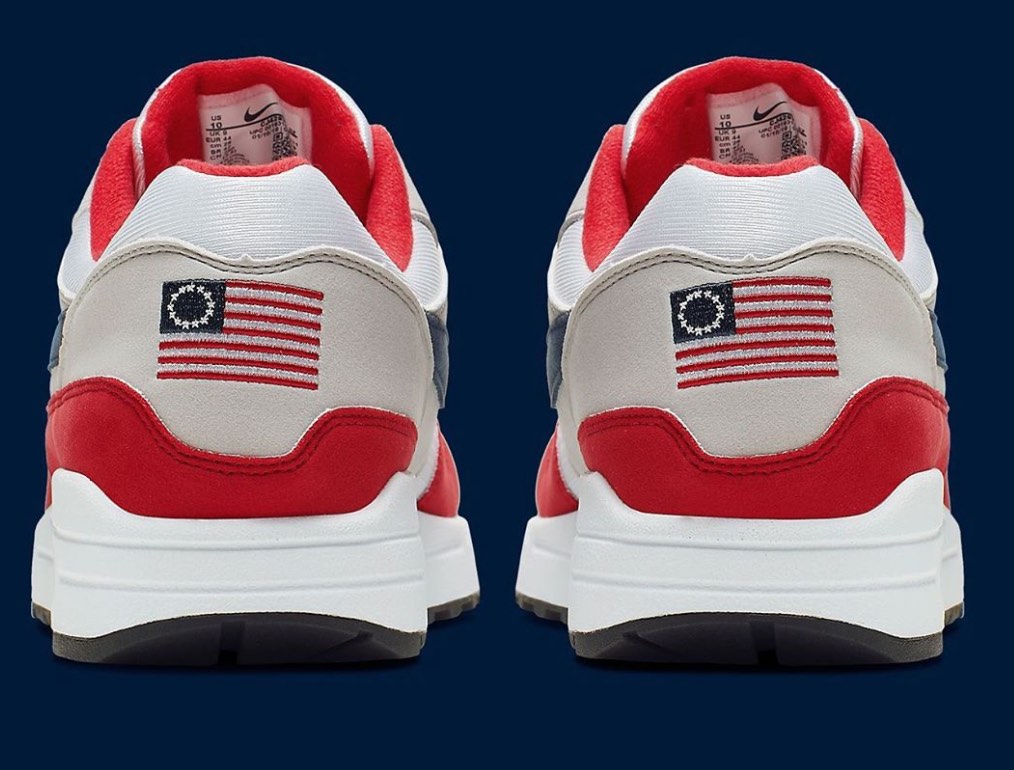 This week, Nike was reportedly planning on releasing a new, special-themed shoe for July 4 has canceled it, according to The Wall Street Journal. The shoe featured a “Betsy Ross Flag”—an early version of the U.S. flag that features 13 stars in a circular design. The design is attributed to Betsy Ross and was used by the U.S. from 1777 to 1795.

Nike is yanking a sneaker featuring the "Betsy Ross flag" after Colin Kaepernick said he and others consider the symbol to be offensive https://t.co/eKVtPM6oTA

According to reports, Colin Kaepernick, the former quarterback and current racial justice advocate, raised concerns about the shoe’s design. Kaepernick has not publicly commented about the shoe. However, Kaepernick isn’t alone in his concerns. Others on social media noted the historic connection to an era when slavery was legal, and as Buzzfeed News notes, the flag has even had connections to white nationalists.

In a statement to CNN Nike said, “Nike has chosen not to release the Air Max 1 Quick Strike Fourth of July as it featured an old version of the American flag.” According to CNN, the shoe had already been delivered to retail stores, but Nike has asked them not to sell it and to return them.

Yeah, So, Last Month Was the Hottest June on Record