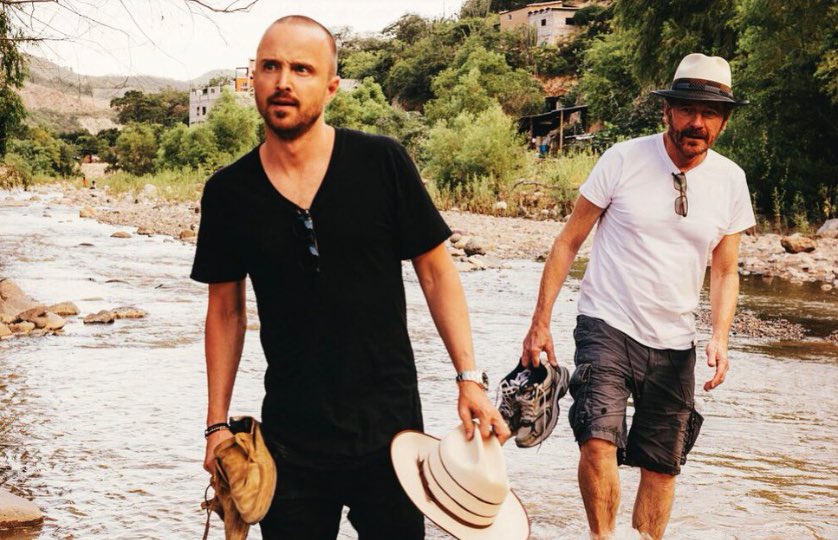 About a week ago, both Aaron Paul and Bryan Cranston tweeted a mysterious picture of a donkey accompanied by the word “Soon.”

Though no explanation was giving, there has been some industry rumors that a Breaking Bad movie was in the works and would be released to Netflix. But, (spoilers ahead if you still haven’t seen Breaking Bad) considering that Walt White died at the end of the series (or at least appeared to), it’s been unclear how or if he would be involved in the movie.

The matching donkey pictures seem to suggest that he’d somehow be involved.

Now, both actors have posted a new image, and it seems clear that both will be in the film. But, even more exciting than the image of the duo appearing to cross a river is the caption: “Even sooner”.

There’s still been no formal announcement, but it seems pretty clear at this point that we’ve not seen the last of Walt and Jesse.

Read This Abortion Doctor’s Conflicted Thoughts About Becoming a Mom