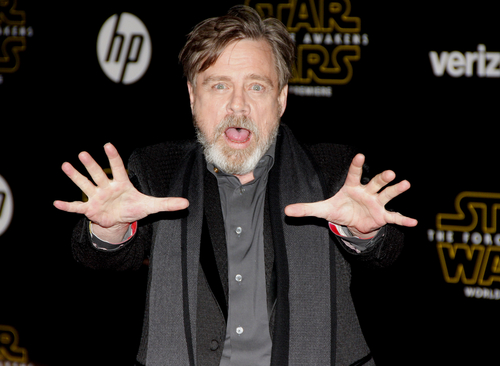 It’s written somewhere that everyone must have some sort of Yoda impersonation in their back pocket, and it’s probably also written that they must be ready to deploy it at ill-advised moments. Frank Oz’s Star Wars creation has a pretty easy syntax to get down — just flip everything to the passive tense and you’re halfway there — but his craggy Muppet tone is generally best left to the professional. Although every now and then, someone busts out a genuinely solid Yoda impersonation. And maybe one in a million is virtually a dead ringer. What are the odds that one of those people would actually be Luke Skywalker himself, Mark Hamill? Who cares. Never tell me the odds.

Ever wanted to hear @HamillHimself do a spot-on Yoda impression? https://t.co/Gwbq4JhqLM

Hamill took to Twitter to claim that back during the filming of Empire Strikes Back, Frank Oz actually asked Hamill to back off on the impression, because it was influencing his actual voice. And Oz himself responded!

The reason I asked you to stop was because you were doing it better than me.

“No more training do you require.”

Report: A Hispanic Evangelical Group Is Offering to Provide Shelter to Migrant Children

So This New ‘Breaking Bad’ Movie Could Be Happening Soon