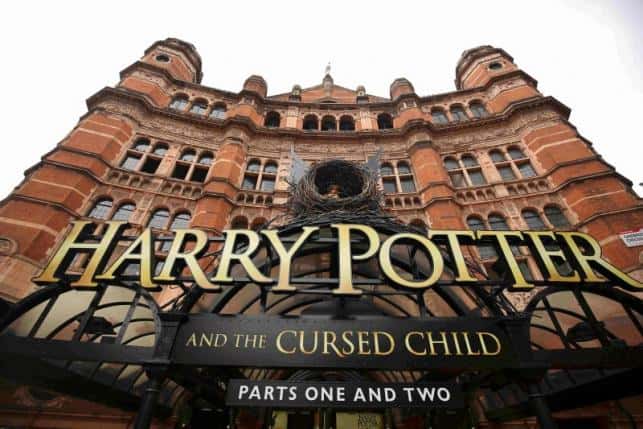 The world-famous author of the Harry Potter series just confirmed that, with the premiere of the play and book release of the script of Harry Potter and the Cursed Child, Harry’s journey is officially over.

The play, which is being called the eighth installment in the Harry Potter series, opened in London this weekend to rave reviews and J.K. Rowling was there to celebrate the opening.

Rowling was asked whether the play will bring a new set of Potter stories.

“He goes on a very big journey during these two plays and then, yeah, I think we’re done,” Rowling said. “This is the next generation, you know. So, I’m thrilled to see it realized so beautifully but, no, Harry is done now.”

The play picks where the seventh book in the series, Harry Potter and the Deathly Hallows, leaves off, following Harry as a 37-year-old Ministry of Magic employee and father.

For those who aren’t in London and don’t have tickets to the sold-out shows, the script of the play was released in bookstores with midnight release parties, reviving a tradition that accompanied the book releases throughout the year.

Rowling said she knew that the story’s continuation would work perfectly in a play format.

“(It) chimed perfectly with the material I had about the next generation and I could see it would work perfectly,” she said. “So, I never wanted to write another novel, but this will give the fans something special.”