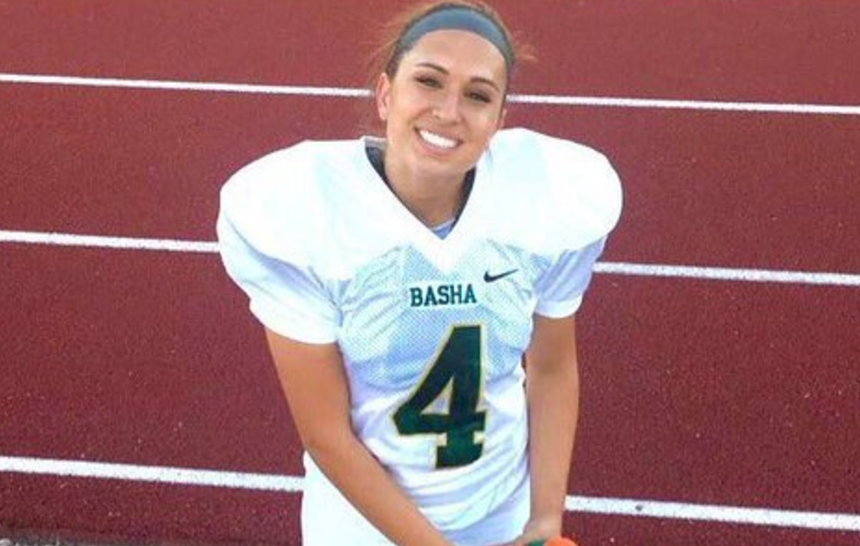 A high school senior from Arizona has just become the first woman to land an NCAA football scholarship.

Becca Longo a was stand-out kicker for her high school team, hitting 30 of 33 extra points, and will attend Adams State University in Colorado, which plays Division II football. Though several women have played at the college level, none have been on scholarship.

She told People magazine, “It didn’t really kick in until a couple hours after, I just thought I was signing a piece of paper to go play the sport I love again. Even right now, I’m still shocked.”

The achievement is a big deal, and Longo told the magazine that even through high school, she had to prove the doubters wrong, “I got a lot of negativity, and people saying I couldn’t do it. But that’s just what pushed me to do what I’m doing.”

Report: Amid Harassment Scandal, Bill O’Reilly’s Days at Fox News Could Be Numbered