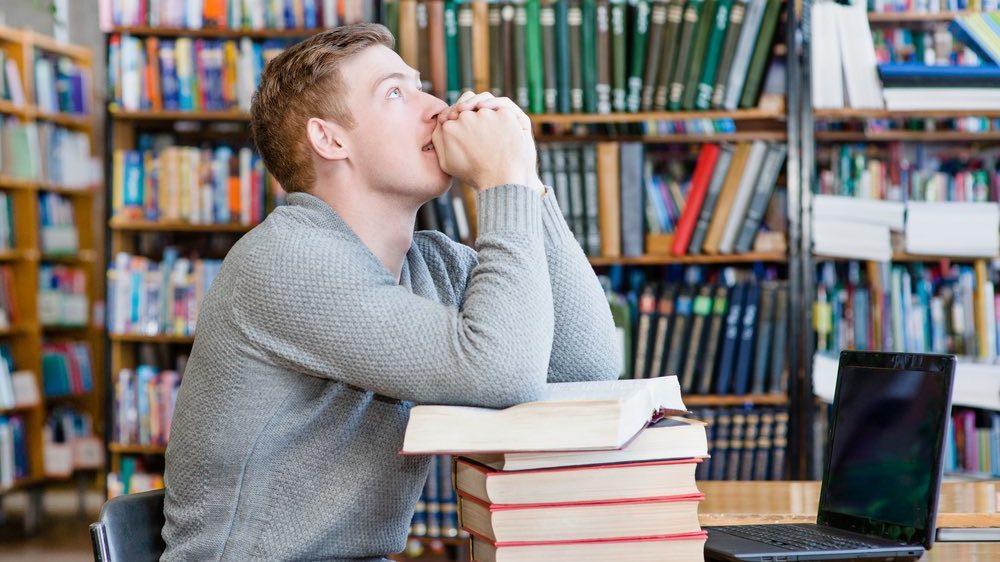 For Christians, it’s normal to experience times of doubt and uncertainty. Almost everyone does. A 2017 Barna study found that two-thirds of American Christians have either experienced doubt in the past or were wrestling with it at the time. But new research from Christian Higher Education says that students who choose to attend evangelical colleges are more likely to experience spiritual struggles than their mainstream counterparts, or even students who attend mainline Christian colleges.

That’s according to the research of Jennifer Carter, an assistant professor of leadership at Southeastern University in Lakeland, Florida. She analyzed the surveys of 14,000 students at 136 colleges and universities and found students at evangelical colleges are more likely to be uncertain of their beliefs and disillusioned with their Christian upbringing than other students. They were also more likely to say they felt distant from or angry at God than other students.

More curiously, students at evangelical institutions tend to experience the opposite faith trajectory of other students. Students at most colleges and universities enter as freshman feeling uncertain about their spiritual beliefs, but report feeling more confident in them by the time they’re juniors. Students at evangelical colleges, on the other hand, go into college feeling settled in their beliefs but report more uncertainty by their junior year.

That doesn’t necessarily sound like good news but according to a few professors Carter spoke with, it may very well all be part of the plan. Some evangelical institutions deliberately challenge their students. Christianity Today spoke with Laurel Bunker, the associate vice president of Christian formation at Bethel University in St. Paul, Minnesota, who said that most faculty expect some sort of spiritual struggle from their students and are equipped to guide them through it. “We don’t fear the struggle,” Bunker said. “What we’re more concerned with is when students struggle in silence.”

Brad Pitt Opened Up About His Evolving Thoughts on God: ‘I Cling to Religion’