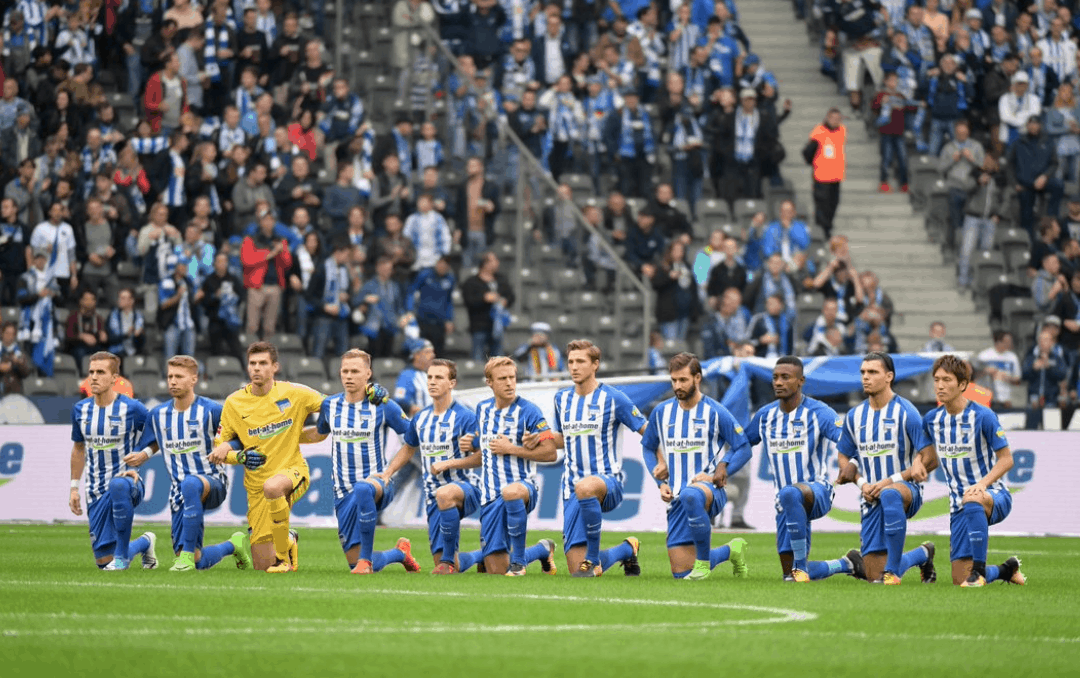 In a tweet explaining their motives, the team said that their franchise “stands for tolerance and responsibility! For a tolerant Berlin and an open-minded world, now and forevermore!”

They also included the hashtag “TakeAKnee,” which was sparked following widespread demonstrations during the national anthem before NFL games. The protests were started by (now-free agent) quarterback Colin Kaepernick to raise awareness about racial injustice and to protest police brutality.

Hertha BSC stands for tolerance and responsibility! For a tolerant Berlin and an open-minded world, now and forevermore! #TakeAKnee #hahohe pic.twitter.com/spZvRSGVxQ

Kanye Has Pulled Out of Coachella. We Know Who Should Take His Place.