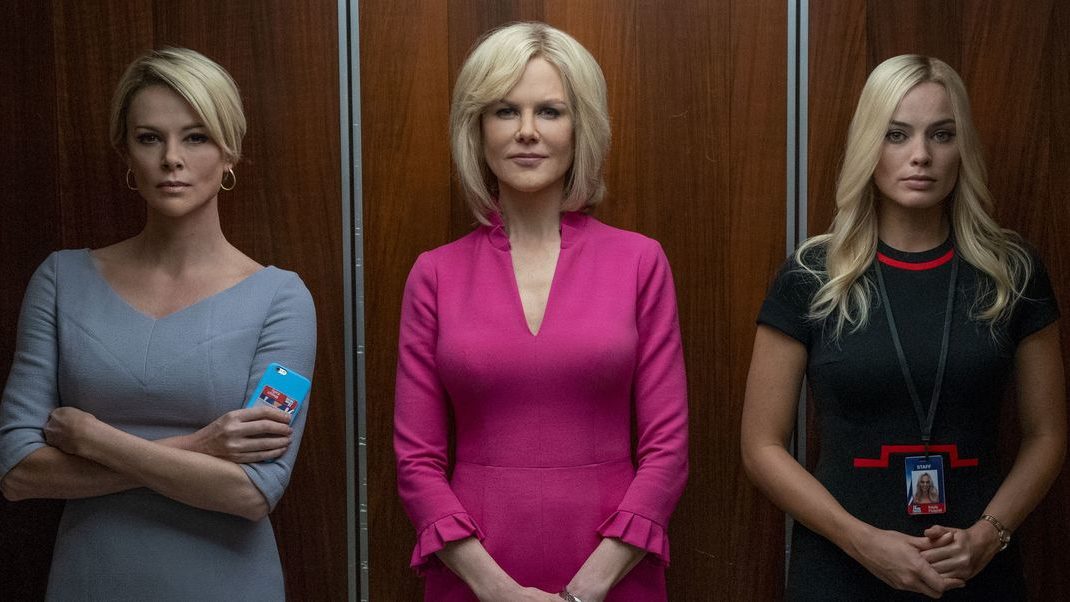 In 2016, the news media world was rocked by numerous allegations of sexual harassment about Roger Ailes, the CEO of Fox News. Revelations of a culture of fear, intimidation and bullying around the sexual exploitation of women changed the digital media landscape and changed Fox News forever.

Well, that last part isn’t totally true as the structural changes at Fox News have been fairly minimal, but the story was still a massive one in the midst of an election year in which Fox played a central role. And now, it’s getting the movie treatment from director Jay Roach, the man behind political movies like Trumbo, The Campaign and, uh, Austin Powers. This one stars Nicole Kidman as Gretchen Carlson, Margot Robbie as Kayla Pospisil (a composite character of several women in the real-life story) and Charlize Theron as an eerily accurate dead ringer for Megyn Kelly. The first trailer promises a complex story that’s not just about what went down in the shadowy halls of Fox News, but also the general culture of an organization regularly accused of mining American xenophobia and racism for extra views. Also, John Lithgow! Billie Eilish! Kate McKinnon! A blink-and-you’ll-miss it appearance from D’Arcy Carden, who plays Janet on The Good Place!

Ailes passed away in 2017 and it’s not entirely clear how much the scandal really ended up changing things at Fox News or any news media outlet, for that matter. Ronan Farrow, who broke the Harvey Weinstein story, has just published Catch and Kill, which alleges a similar culture of protecting sexual abusers at NBC, where he tried to publish his report of Weinstein’s harassment and abuse before finally taking the story to The New Yorker after realizing how committed the upper brass was to protecting Weinstein. In other words, this movie is about a story that has not lost an inch of relevance in the years since it all happened. It is still happening.