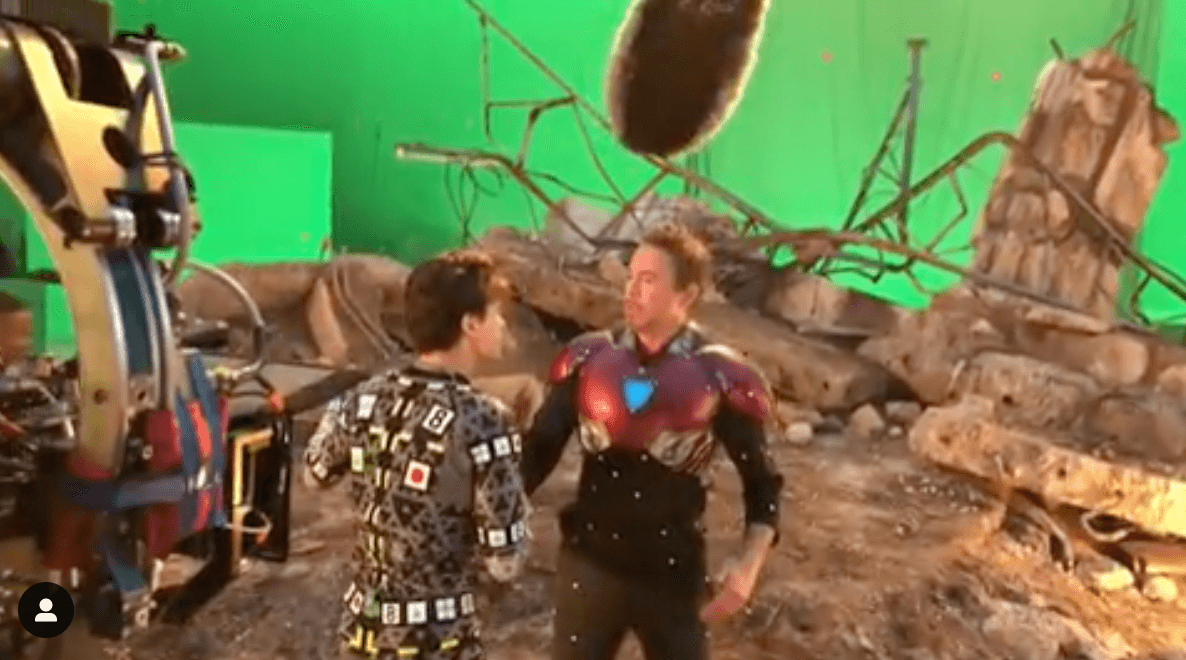 If you haven’t seen Avengers: Endgame yet, this article is going to spoil part of the movie’s ending, so DO NOT CONTINUE READING IF YOU HAVEN’T SEEN THE MOVIE AND WANT TO AVOID SPOILERS.

Now then. Toward the end of Avengers: Endgame, Tony Stark is reunited with an un-dusted Peter Parker, who over the course of Captain America: Civil War, Spider-Man: Homecoming and Avengers: Infinity War has become Mr. Stark’s surrogate son of sorts.

Some of the MCU’s high points have been simple dialogue moments between the two, like “Mr. Stark, I don’t feel so good” or “Kid, you’re an Avenger now.”

If those moments made you a little teary-eyed, then buckle up for this Instagram post from Robert Downey, Jr., who posted a behind-the-scenes look at Endgame‘s emotional reunion between Iron Man and Spider-Man.

While it’s just a bit goofy to see Tom Holland leaping around in his CGI suit (he doesn’t wear the costume in real life??), the character beats of the scene still work great. RDJ even gives his little protege a kiss on the cheek! This is so cool.

Spider-Man’s next movie, Spider-Man: Far From Home, has him reckoning with Mr. Stark’s death amid some new demands on his heroism. While we might not have any more scenes between the two, Iron Man’s presence is sure to loom large over the movie. Looks like we’ll have to bring some tissues.

Would You Watch a Movie at This Luxury Bedroom Theater?