Suppose you are going away for the week and ask a friend to look over your place. “Help yourself to anything,” you say. “Make yourself at home. You’re in charge.”

You come back a week later and your home is a pile of smoking debris, your friend sitting amidst the rubble. “What happened?” you scream, your belongings reduced to glowing embers.

“What?” says the friend. “You made it sound like I could do whatever I wanted.”

A ridiculous analogy, perhaps, but it’s hard to come up with a better one for the state in which we find ourselves. Our planet, the only one we’ve got, is burning up. Some people will dispute this, and I won’t spend much time here trying to persuade them otherwise. I’m not a scientist, so I get my scientific information from people who are, and the overwhelming majority of scientists agree that climate change is real, it’s our fault and the window in which we have to act is shrinking. I’m aware there are people — some of them scientists — who disagree. There are also people, some of them scientists, who don’t believe the earth is round.

In any case, this is the only world we’ve got, and it’s burning up. The ways in which this is a disaster can hardly be overstated. In 2018, the Intergovernmental Panel on Climate Change (IPCC) reported that to keep the rise in global temperatures below the critical 1.5 Celsius mark this century, emissions of carbon dioxide would have to be cut by 45 percent before 2030.

That’s just 12 years away. But this is not just a physical, political, financial or even moral crisis: it is a spiritual one.

In Genesis 1:26, God announces the big plan to make some humans, saying, “Let us make humankind in our image, according to our likeness; and let them have dominion over the fish of the sea, and over the birds of the air, and over the cattle, and over all the wild animals of the earth, and over every creeping thing that creeps upon the earth.”

It’s the first thing we know about humans in the Bible. We’re made in God’s image, and we have “dominion.” The debate about what is meant by that word is almost as old as the book itself. What is this dominion supposed to look like? The Hebrew word is radah, which is pretty neutral. It doesn’t carry a connotation of a “benevolent” rule. It doesn’t necessarily have to mean a harsh one either. It’s pretty straightforward: you’re in charge.

This has given some people a window to interpret this idea of dominion as being an iron fist, giving humans free rein to do pretty much whatever we want. Writing off environmentalists as kooky tree huggers, such people exercise dominion like a dictatorship, often excusing their behavior by noting that God never intended any of it to last anyway. As a theology professor of mine at my alma mater said, “shoot the deer and step on the grass, it’s all gonna burn anyway.” Drill, baby, drill.

But even skirting the slipperiness of such a hermeneutic (we probably don’t want to go down a road in which we can treat anything fated to die however we want), such an interpretation of dominion is anti-biblical, even within the context of the Genesis passage itself. It’s important to note that this idea of dominion is couched within the idea of God’s own image. That is, we have dominion over these animals because we are made in God’s likeness. God’s dominion over us isn’t a harsh one. It’s lovingly devoted to human flourishing. So it’s safe to say that human dominion over the climate is supposed to be, as many theologians throughout history have determined, one of responsible stewardship.

I’d imagine most readers are fairly convinced of this. Very few people have an antagonistic attitude towards the climate. But I’m proposing that for the Christian, neutrality isn’t an option. It’s not enough to not be personally hunting animals into extinction. Stewardship means taking responsible action. It’s something we do, not a passive attitude of nature appreciation.

And unfortunately, given the state of things, we are going to have to do quite a lot. Perhaps, if other generations had heeded the warning signs earlier and been more responsible, we could get by with simple maintenance. But the house is falling apart now, and it is our spiritual responsibility to mount a full renovation project.

Some of it will be difficult but for Christians, radical obedience to God’s commands should come naturally. There’s no more reason for us to mock big, bold ideas to fix the climate than there was for the Israelites to mock David’s five smooth stones. Big, sweeping proposals like overhauling the way we travel, how we eat and how we make money should hardly be met with scorn by people whose own religious texts have very strict guidelines about all these things. Humans didn’t even eat meat until after the Fall, after all.

On Friday, an unprecedented Global Climate Strike will take place, which people from all over the world walking out of their jobs and schools to demand action. This moment has been led by the upcoming generation — one that has grown up with the climate consensus and faces a worrisomely uncertain future if their elders continue to drag their heels on reform. The pictures and videos have been inspiring, from Uganda to Australia to France. “There is no Planet B.” “Like the oceans, we rise.” “Unite behind the science.” These are all inspiring sentiments.

But for Christians, the science needn’t be the only thing we unite behind. We can also unite behind the charge given to humanity at the dawn of creation — a calling expressed before Adam took his first breath, at the sunrise of creation. The call to make ourselves at home and take care of it, our home, this planet; the only we’ve got. 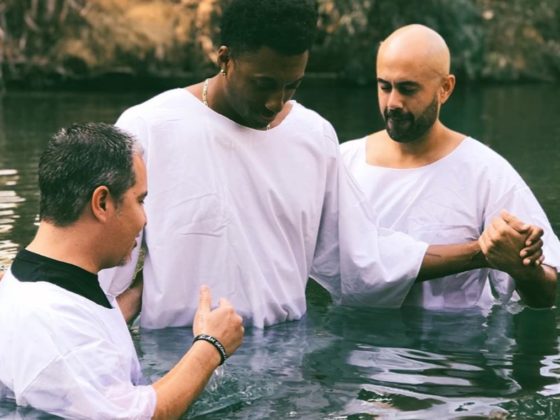 Watch Lecrae Get Baptized in the Jordan River 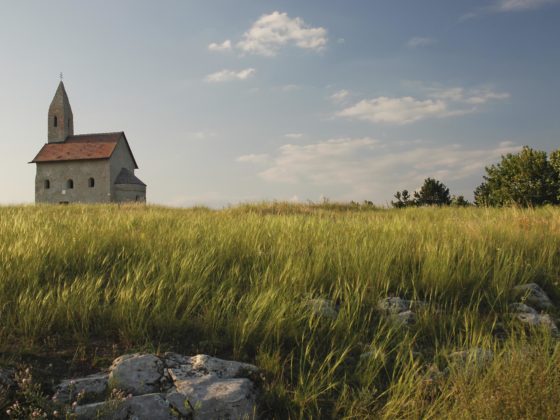 The Church and the Depressed Christian