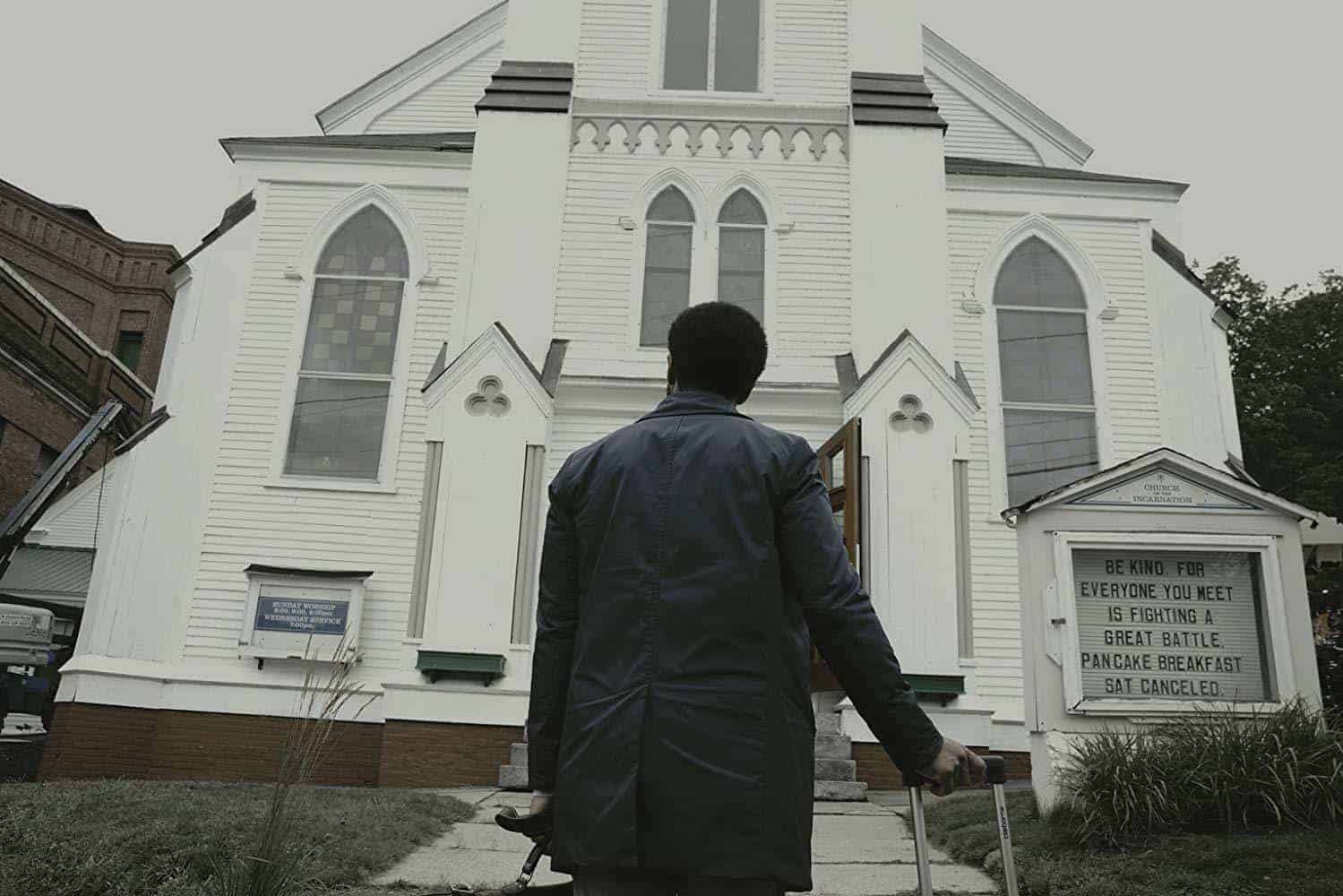 There’s something almost Christian about Stephen King’s omnibus—not in the specific content, but in the thematic flow of his work. Throughout King’s books and short stories, the reader is presented with an existential, monstrous threat to what was once a peaceful place. A look beneath the surface reveals systemic corruption and depravity, and a lonely hero takes on an incredible burden in order to eke out a victory. Despite these faint gospel echoes, King tends to stay far away from the faith that exemplifies them. Castle Rock, Hulu’s newest original series and latest King adaptation, gives us a look at how Christianity manifests through a Stephen King lens.

In Castle Rock, creators Sam Shaw and Dustin Thomason take the setting of 13 Stephen King stories and build a narrative that lives somewhere between fan-fiction and mold-breaker. Everything’s given a slight twist. The outsider hero (Andre Holland as Henry Deaver) is a black lawyer, not a white author. The telepath (Melanie Lynsky as Molly Strand) is a neurotic real estate agent, not a precocious child. The mysterious monster (Bill Skarsgaard as “The Kid”) isn’t hunting down the hero; instead, he’s the main character’s client. And although we’re living in familiar territory, for the first time in Castle Rock’s history, we see the inside of a church.

Christianity isn’t common in King’s works, and any religious iconography tends toward the superficial. There are a few important exceptions: 2014’s Revival, 1975’s Salem’s Lot, 1978’s The Stand and The Dark Tower all have elements of faith present. In Castle Rock, however, Christianity takes a more prominent place in the narrative. The main character is the adopted son of a now-dead preacher, one who appears in this show to deliver a nightmarish sermon from 1 Corinthians 15 (“Behold, I tell you a mystery!”). Castle Rock‘s story is driven by a heinous spiritually motivated crime, too, and through all of these dim reflections of faith, there’s a common theme: Whatever the residents of Castle Rock worship is quite a bit darker than what usually comes to mind when people think “God.”

There aren’t any huge surprises in how Castle Rock tackles faith. The name of Christ isn’t spoken in the series (or at least in the first four episodes), as is usual for TV and film. The “good” Christians we see have a spic-and-span veneer, and the bad guys adopt the faith with a zealousness reminiscent of Salem. So far, Christianity doesn’t feel like a living and active force in any character’s life. Rather, it comes across as a convenient vehicle to cart around the creepy and unnatural. But that doesn’t mean there’s no takeaway for Christians here.

Castle Rock posits a world where the demonic can take hold over a town and infect the psyche of the citizens. A dark and spiritual malaise lays thick over the characters, and a few “decent men” look desperately for a light to overcome the darkness. In this way, we see the church as something that can both illuminate or obscure. It can reach out to prisoners or justify their mistreatment. Those on the show who most closely identify as Christian are characterized by doubt. One character begs God to show him His purpose, praying God would “let me stand athwart the doorway,” before realizing “He doesn’t take requests.”

There is, to be clear, a brighter side of these faith depictions on the show, but ambiguity runs throughout Castle Rock. A kindly prison ministry seems to exemplify the commands of Christ to proclaim good news to the prisoner, but it’s tainted by the memory of that dead preacher—a pastor who seems to be a pillar of the community, but also a doomsaying threat. The show’s central plot, which deals with the imprisonment of “The Kid,” is also complicated. He appears innocent, but he’s been blamed for generations of misfortune and despair in this creepy New England town. Is there more to The Kid than meets the eye? Or is he just a misunderstood victim of religious zealotry? The answer likely lies somewhere in the middle.

That sense of doubt pervades Castle Rock. No character feels secure in their purpose, totally assured they’re on the right path. And the viewer isn’t treated to easy answers or an evident explanation for the central mystery. Doubt pervades everyone, even those who long after God. This corner of Maine feels isolated, abandoned and given over to every kind of depravity and despair. Only the faintest glimmers of hope shine through, and even these are masked by the mysterious evil that lingers over the town. Horror fans often find comfort in remembering that monsters don’t exist. For watchers of Castle Rock, there might be more hope found in remembering that a good God does.

Report: Smoking Cigarettes Reaches an All-Time Low in the U.S.

Remember the Time Katy Perry Sang with P.O.D. on ‘The Tonight Show’?