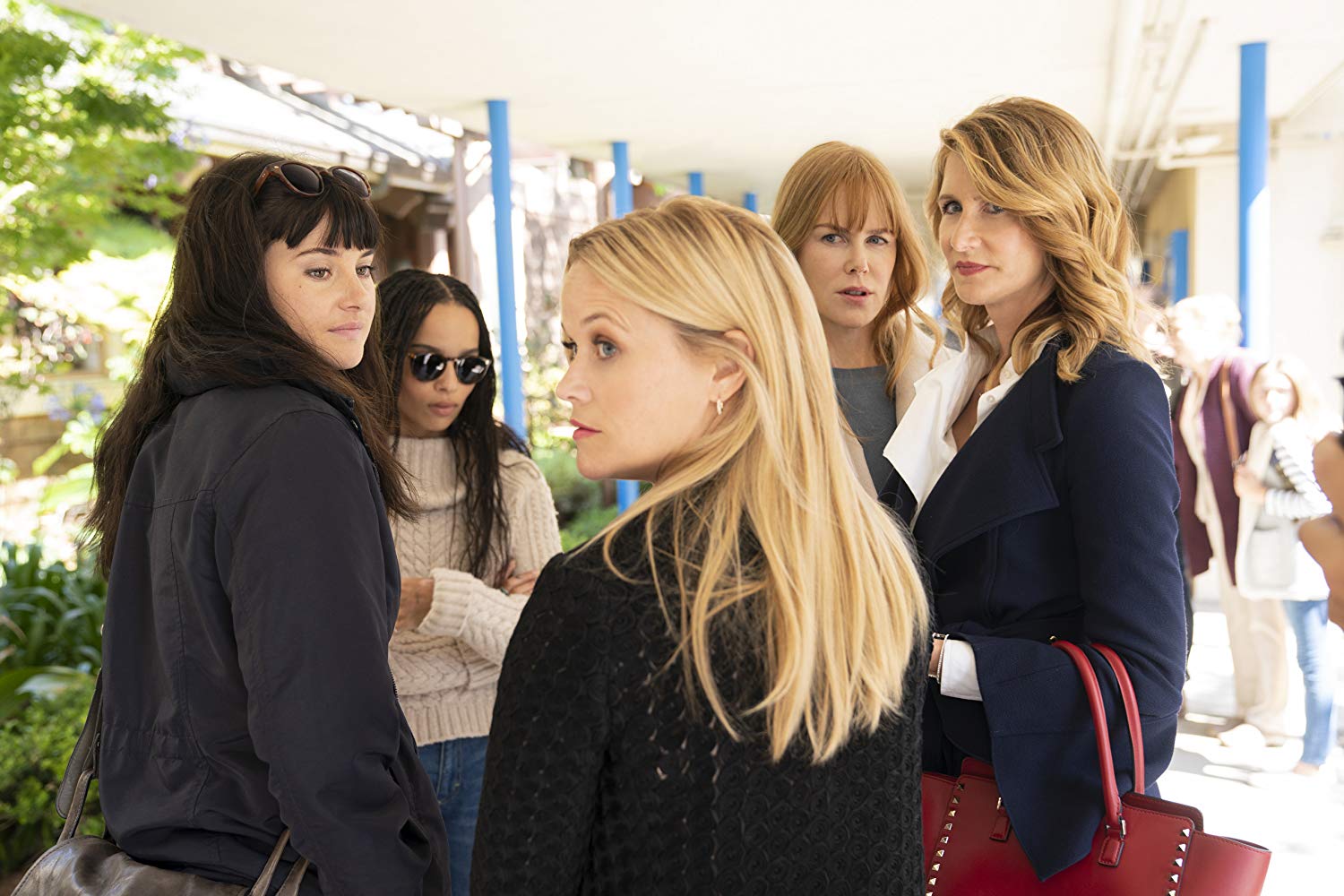 When Big Little Lies premiered as a limited series on HBO in February 2017, it seemed to promise little more than a sophisticated version of ABC’s Desperate Housewives, full of rich feuding moms, steamy affairs and maybe a catfight or two. Instead, week after week, Big Little Lies delivered nuanced stories of motherhood, female identity and domestic violence via stellar performances from a cast of powerhouse women.

In its second season, premiering June 9, Big Little Lies takes its universal stories of relational drama and personal trauma and gives them the weight of myth thanks to its escapist beauty and Olympian actors.

Centered once again on the lives of five women (played by Reese Witherspoon, Nicole Kidman, Laura Dern, Shailene Woodley and Zoë Kravitz), season two of Big Little Lies keeps the best parts of the first season and discards its less desirable elements. The much-derided “Greek chorus” of community parents speculating about the women’s relational drama has disappeared, and the show has toned down the more caricature-like qualities of Renata (Dern) and Madeline (Witherspoon). Its replaced these aspects with new insights into the women’s backstories, offering more dimension to their characters. From the start, Big Little Lies‘ second season gets right to the good stuff: layered performances by experienced actors, intricately tangled relational drama and a stunning backdrop of the most beautiful parts of Monterey, California.

Further, with the show’s main mystery solved in the first season finale, Big Little Lies has more space now to delve into the aftermath of the trauma experienced by the “Monterey Five.” Besides the recurrent themes of truth and deception, the second season shines a brighter light on ideas about marriage.

Each character tangles with the challenges of committed marital relationships, with issues of intimacy and betrayal topping the list. At one point, Madeline confesses to Celeste (Kidman) her “greatest fear—that marriage isn’t to be trusted.” The story keeps returning to the idea that marriage is tenuous and susceptible to destruction, whether by deliberate choices or reckless acts. The introduction of both Celeste’s mother-in-law (Meryl Streep) and Bonnie’s mother (Crystal Fox) adds an element of generational complexity, and the central characters react to their parents and pasts while working to protect the present and future of their own marriages and children.

For a show centered on women and their relationships, the first season of Big Little Lies turned out to have mass appeal across gender and age demographics. “We all want authentic human stories,” Laura Dern said in a recent interview. “We all want to see brokenness and humanity.” But many popular shows portray “authentic, human” stories—what sets Big Little Lies apart is its choice to move toward beauty instead of grittiness.

While most stories of trauma muck things up visually and tonally, Big Little Lies is lavish. The women’s homes are worthy of magazine spreads, their impeccable clothing reeks of money, their skin is luminous and their local spots for coffee or wine nights are straight out of vacation fantasies. The diffused coastal lighting and the rugged California-cliffs backdrop make the show seem like it’s set in another world—not alien, but elevated above everyday human existence. It’s a world you want to live in even if everyone inside it is miserable.

The heightened sensuality of the show’s lush setting provides an escape from everyday life, just like a mythical or fantasy story. But just like those genres, Big Little Lies’ atmosphere allows the audience to tap into old truths in fresh ways, providing insight and empathy that wasn’t there before. C.S. Lewis wrote: “The value of myth is that it takes all the things you know and restores to them the rich significance which has been hidden by the veil of familiarity. By putting bread, gold, horse, apple, or the very roads into a myth, we do not retreat from reality: we rediscover it.”

Big Little Lies is a modern myth, presenting universal story arcs through characters that feel like goddesses in the halls of Olympus. The show might have originally attracted viewers with its “televisual Chardonnay” allure, as Vulture once described it, but in practice it’s a path into the heart of the human experience rather than a portal to escape it. The show’s unattainable beauty actually gives it gravity by removing the trappings of everyday life and letting the stories of brokenness and redemption sink deep into the viewer’s psyche.

The creators of Big Little Lies weren’t satisfied with making television about women in a way only women would want to watch. Instead, the show transports wide audiences into an alternate reality so sublime it disorients the viewer until the most common stories related to women—surviving abuse, navigating marriage and motherhood, struggling to realize one’s identity—are powerfully illuminated.

Wendy’s Has Launched a Very Cool Campaign to Encourage Adoption