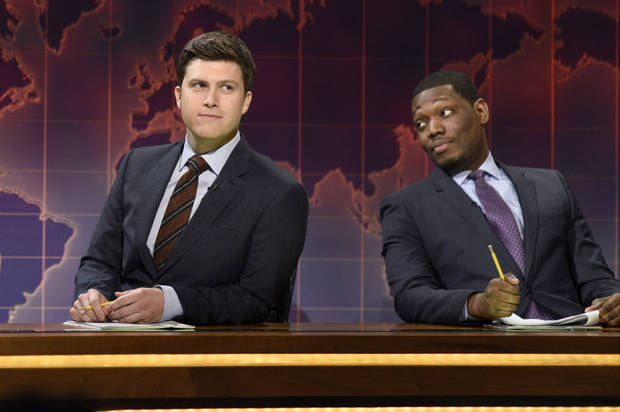 According to the Deadline report, the show is getting an half-hour slot for hosts Colin Jost and Michael Che, and additional SNL cast members will likely appear (just like its segment of the main show). The chairman of NBC Entertainment, Robert Greenblatt, said:

SNL is having its best season in a quarter of a century — how many shows can say that?! —  so we didn’t want them to take the summer off. We’re thrilled to have Colin Jost and Michael Che continuing their unique brand of news with fresh ‘Weekend Update’ shows in primetime this August.

This won’t be the first time NBC has tried a stand-alone version Weekend Update on primetime: In 2008, 2009 and 2012 NBC aired Saturday Night Live Weekend Update Thursday.