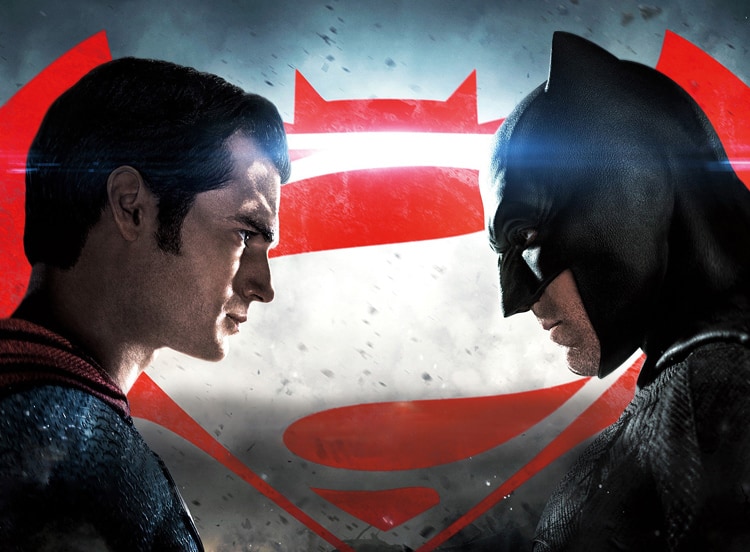 I was a big Metallica fan in 9th grade, not because I genuinely liked their music (that came later), but because my friends listened to it and it made me feel edgy. I wasn’t some pop-music sellout listening to Marcy’s Playground or Hanson. I was listening to “real music” and that made me feel superior to everyone else.

I am 100% positive some version of a kid like me has existed at every high school ever. Since you’re reading this right now there’s a 70% chance you were that kid. And there’s nothing wrong with that! Most of us start by liking art as a statement of who we are (or aren’t) before learning to appreciate art for its own sake. And I think that difference can explain why Marvel’s Cinematic Universe is working out far better than DC Comics’ Extended Universe.

Capturing the Feeling, But Not the Meaning

In the case of Zack Snyder, DC Comics Extended Universe architect and auteur of edgy, I’m not sure he’s ever grown past that phase. That’s why–despite his immense talent and the millions of dollars pumped into these movies–the DCEU still is stumbling over its feet trying to make good movies.

Batman v. Superman had a lot of problems, but the biggest was how conflicted the movie was about its heroes. Was Batman a mass murdering, gun-toting Superman hunter, or was he the world-saving caped crusader? Was Superman some dour, authoritarian killjoy who felt he could boss Batman around, or was he someone who, you know, smiled occasionally and seemed to like earth? In both Man of Steel and B.v.S. Snyder dabbles in archetype deconstruction, tearing down the idea that superheroes could really be all that noble, or good, or fun, but then never can commit to that vision because “hardline deconstruction of a superhero” isn’t the tentpole movie Warner Bros. is shelling out millions for.

But they should have known who they were hiring, because Snyder has always bent that way. Snyder launched his career by making the fairly good 300, and the not good at all Watchmen (fight me!). Both of these were slavish retellings of graphic novels Snyder loves. Both are hyper-violent spins on heroism, where the best you can hope for in the world is the barbaric Leonidas or the (literally) impotent Night Owl. Watchmen’s actual plot is a literal deconstruction of the superhero myth, an absolutely brilliant graphic novel, committed wholeheartedly to a bleak vision. But Watchmen suffers from “Fight Club syndrome,” where it got posterized by college freshmen communicating to the rest of the dorm hall guys, I like real art.

When you watch Watchmen you get the sense Snyder is still trapped in that sort of fandom, capturing the feel of the comic but not the meaning. Snyder still seems to like art for the image it projects, not the message it contains. Which is why Batman v. Superman is full of dazzling images but nonsensical character development: where two guys who were literally trying to kill each other realize their mom’s are both named Martha and become buddies. That … doesn’t work. Gun-toting sociopath Batman allows Snyder to submerse himself in the image he loves, but then throws that character against the “Martha moment” and hopes the next great image will make you forget. The DCEU movies can’t decide how they feel about their superheroes, because Zack Snyder either can’t decide, or doesn’t really care.

This tonal disconnect is a problem the Marvel movies have eliminated by only hiring unabashed fanboy purists to make their films. The Guardians films, for instance, were these obscure characters even comic book nerds saw as outliers, but director James Gunn’s infectious affection for a sentient tree and angry, talking raccoon was so clear in the directing that now “We are Groot.” Iron Man hired the most charismatic, likeable actor who exists and set him loose on Tony Stark. Even Marvel’s lesser films, such as Avengers 2, bleed with a humanity that make them more rewatchable than Batman v. Superman. Marvel’s closest to being as empty and tonally-inconsistent as any DCEU film was Thor 2, rightly panned as a glaring weak link in the MCU.

A Passion for Character

Marvel’s passion, and compassion, for its characters actually explains why the one critically acclaimed DCEU movie, Wonder Woman, worked so well. It took the super-stylized Snyder palette and gave the rest to a director who clearly loved Wonder Woman. Wonder Woman’s idealism could have so easily jarred with the DCEU; but director Patty Jenkins imbues the character with such joy, and let’s her be a genuine believer in goodness and never mocks her for that. You can feel that Jenkins and actor Gal Gadot love the feminist, girl-power vibe of Wonder Woman and go for it without reservation.

And because of Wonder Woman’s critical and commercial success, and in light of the recently released Justice League, there’s reasons to be optimistic about the DCEU. Justice League was largely panned by reviewers. But I’d place it as easily the second-best DCEU film simply because, for the first time, it made Superman fun and Batman sympathetic. It introduced a great version of The Flash, did okay with Cyborg, and Aquaman was … well … Aquaman is going to need some work. Even though the movie was a narrative mess, it also took the time to crack a joke or two, and treated its characters with genuine empathy.

This is at least partially due to the addition of superfan Joss Whedon to the DCEU fold. Whedon, who helped with rewrites, ended up finishing Justice League when Snyder had to withdraw. Whedon, who made The Avengers a GREAT movie when there was every reason for it not to work, will be helping craft DCEU stories from here on out.

If Snyder’s ability to create striking visual spectacles combines with Whedon’s compassion and humor, DC movies could become an expanded universe worth exploring.

Let Go of the Dream of Perfect Family Holidays