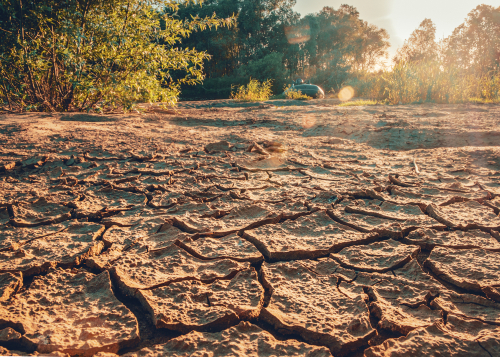 Summertime is here and along with it, some summer heat. A lot of summer heat actually. More than we’ve ever had. An amount could lead you to some sort of existential crisis, if you start thinking about it too much. Last month was the hottest June in Europe’s history, and globally, the warmest on record.

That’s according to the European Union’s satellite agency, which analyzed data from the Copernicus Climate Change Service, implemented by the European Center for Medium-Range Weather Forecasts. They found that this June was 0.1C hotter than June 2016, which held the previous record. That doesn’t sound like much, but experts say it made Europe’s record-breaking heatwave five times more likely. [h/t Independent] 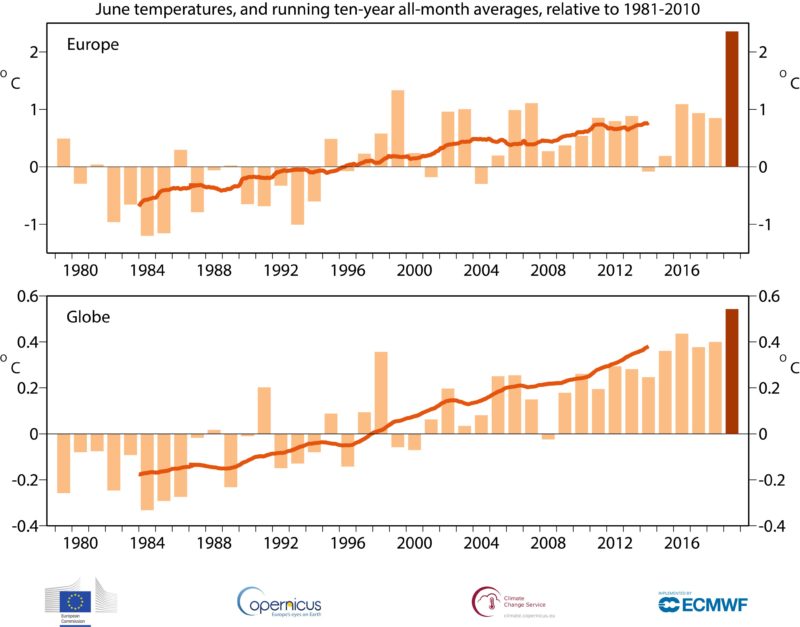 Jean-Noel Thepaut, head of C3S, said that this may well be the new normal. “Although local temperatures may have been lower or higher than those forecast, our data shows that the temperatures over the southwestern region of Europe during the last week of June were unusually high,” he wrote. “Although this was exceptional, we are likely to see more of these events in the future due to climate change.”

Climate change skeptics are fond of pointing out that the global temperature has fluctuated in the past, but experts are unimpressed by such arguments. According to The Guardian: “Spikes in European-average temperature of more than 1C above normal have occurred before, such as in 1917 and 1999, but C3S said the recent heatwave was notable because the sudden increase came on top of a general rise of around 1.5C in European temperature over the past 100 years.”

In other words, as Peter Stott, an expert in analyzing the role of climate change in extreme weather​ at the Met Office, told The Independent: “A similarly extreme heatwave 100 years ago would have likely been around 4C cooler.”

Things in the U.S. are hot too. A heatwave in California killed scores of mussels on the beaches, cooking them alive in their shells. “We no longer think of climate change in the future when we do this kind of forecasting work,” Northeastern University marine ecologist Brian told BayNature. “It’s how do you prepare for it now.”

The University of British Columbia biologist Christopher Harley agreed. “These events are definitely becoming more frequent, and more severe,” he told Guardian. “Mussels are one of the canaries in the coal mine for climate change, only this canary provides food and habitat for hundreds of other species.”

The ‘Jumanji: Level Up’ Trailer Is Like Being Chased By a Pack of Rabid Baboons