This week, the U.N. released a report that nearly half of the Syrian population has been displaced by the ongoing fighting in the country. Many of the displaced have ended up in the neighboring country of Iraq, where violence has also escalated as ISIS fights for power, causing hundreds of thousands of Iraqis to flee their homes.

We ready and hear about the dire situations facing people in these countries on a daily basis in the news, but it’s hard to know how we can help. What can we do from thousands of miles away as we mourn the violence facing our brothers and sisters in the Middle East?

To that end, here are a few organizations that are working on the ground in Iraq to serve both Iraqis and Syrian refugees:

Since 2007, Preemptive Love founder Jeremy Courtney has lived in Iraq with his family, and he has been dedicated to helping the children in the country who are in need of heart surgery. The organization has established pediatric cardiac training programs, that give locals the knowledge and resources they need to provide kids with life-saving medical care. Recently, Courtney posted an urgent appeal on the organization’s website about the crisis in the country, informing supporters that Preemptive Love would also be helping to provide “clothing, housing, education, and legal help for Iraqi children and their families suffering from persecution and displacement.”

For more than 80 years, the International Rescue Committee has helped respond to humanitarian crisis around the globe. In addition to providing internally displaced residents of Iraq—now seeking shelter in the Kurdish region of the country—with water and hygiene resources, the IRC is also working in Syrian refugee camps. There, they are offering education and legal services to women and children who have also fled the violence in their country.

The France-based organization—which won a Nobel Peace Prize in 1999 for their work—is currently assisting in providing the displaced people of Iraq with urgent medical care. In a Q&A on their site, a local project coordinator explained the current situation:

Over the past weeks, the populations [Doctors Without Borders] had previously been serving with a mobile clinic into the disputed areas between Erbil and Mosul fled, in anticipation of attacks. [Doctors Without Borders] has reallocated that team to respond to the largest camp for [internally displaced people] being constructed by the authorities in Erbil, Bharka Camp. [Doctors Without Borders] has been present in Bharka every day since August 12 to respond to primary health concerns and to provide a consistent presence in a camp that was otherwise chaotic and changing all the time. Some doctors and nurses who have been displaced themselves have joined our mobile teams, helping to create a stronger connection with the communities.

World Vision is one of the world’s largest Christian humanitarian organizations, and is currently working to provide displaced Iraqis with food, water, sanitation, shelter and safety. World Vision currently has teams on the ground in Iraq, assisting religious minorities and those effected by the violence who were forced to flee their homes—often times, taking almost nothing with them. In a recent statement, World Vision’s response director in Iraq said, “We are gravely concerned about increasing violence in the Middle East and its effects on children. It’s especially concerning that this most recent wave has targeted Christians and other minorities. We know that when religious freedom is crushed, so are many of the rights that allow children and communities to flourish.”

As the video below (which was first posted in March) shows, World Vision has also been active across the border in Syria, where millions have displaced by the violence.

Specializing in helping children and families, Save the Children has established the Iraqi Children’s Relief Fund to send supplies to those effected by the violence. For nearly 100 years, the group has served in disaster areas and regions suffering from war and violence.

In March of last year, they posted the truly jarring video below—which has been viewed more than 33 million times—showing what the conflict in Syrian, that is spreading into Iraq, would be like if were experienced by a child in the U.K.

These are far from the only organizations working in the area that you can get involved with. Feel free to post suggestions in the comments section of other organizations helping people on the ground. 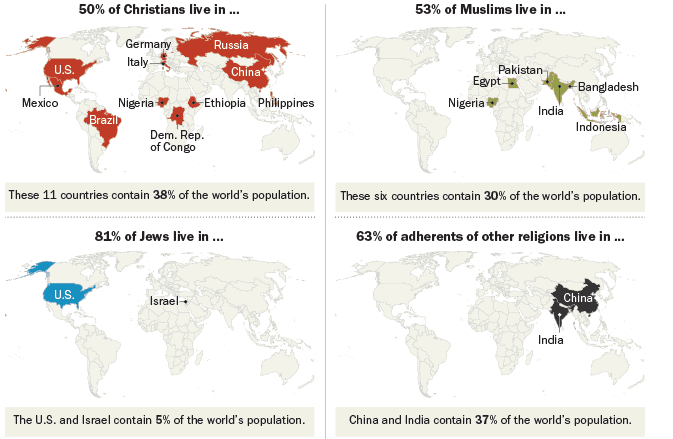