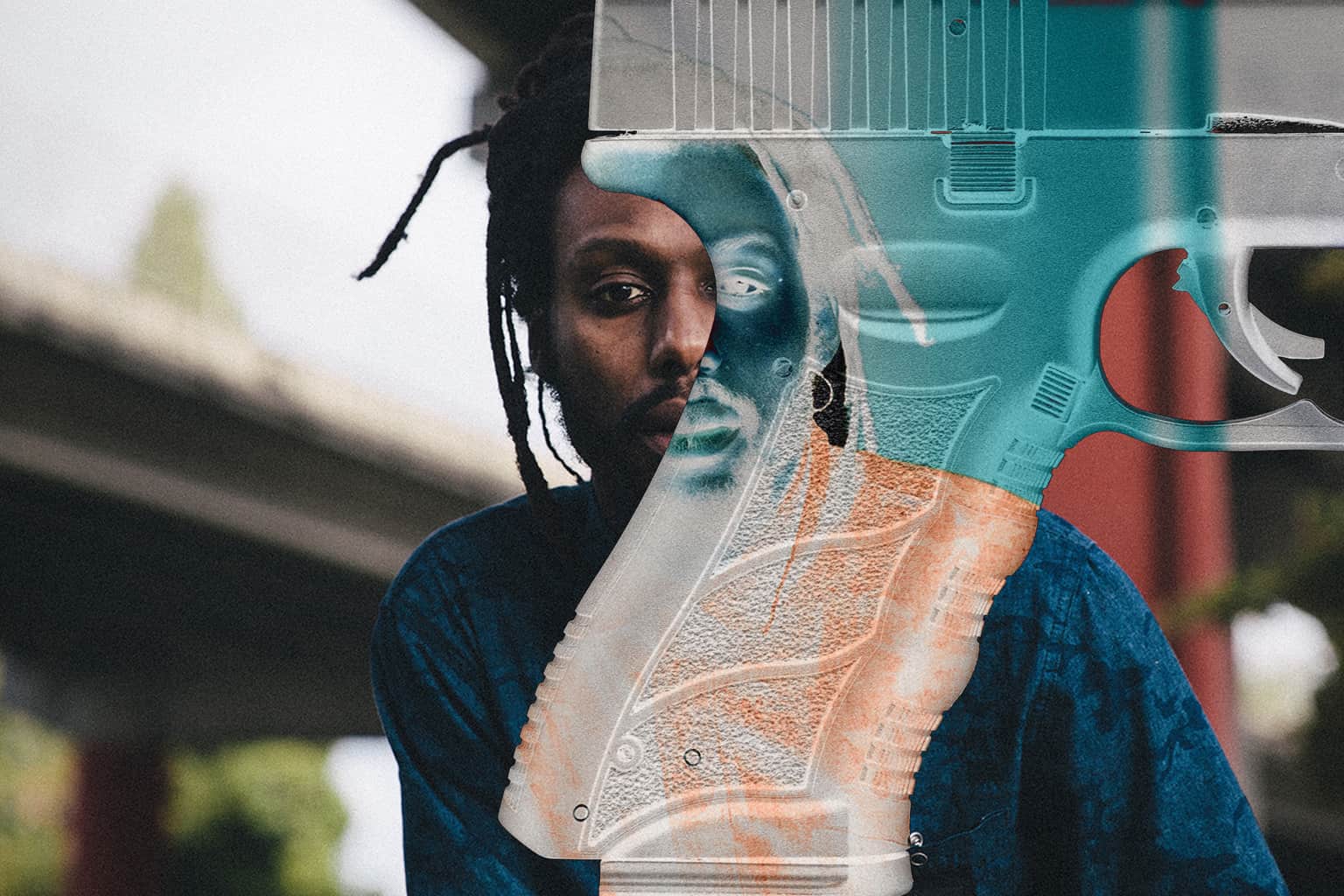 On the third episode of The Faith Angle podcast, hosts Kirsten and Jonathan talk with activist, historian and hip-hop artist Propaganda to get his views on the gun debate in America, including the ways that gun issues are also race issues.

This is an edited and condensed version of part of their conversation. You can download the full episode here to hear more.

Jonathan:  You’re a historian, how does history form the way that you see the gun debate playing out?

I think from a person of faith perspective, I think a lot of times people talk about, “Well, you know, traditionally the Church has been doing yada-yada.” Most people’s ideas of “traditionally” is the past 30 years. Well there’s two millennia of Christian history, so to think that the idea of faith is inextricably tied to a conservative platform—that’s the ‘60s, that came from there. And that was specifically the ‘60s for white people; that wasn’t the rest of our experience … The idea that this amalgamate of God and country rather than God and neighbor, which is the faith that’s been passed to us. That’s a modern experience.

God has always protected this idea that the faith and the empire, at some point, they’re gonna be at odds.

Kirsten: You also touch on something that I think is really important about the racial aspect of the gun debate. Could you talk about that a little bit?

Take the Alton Sterling case. I feel like I just watched a snuff film because I watched the man die.

It just came out … that there are no charges against the officer. So I mean, if that’s the case, then the crime when a black man dies is when a black man is killed by another black man, that’s the only time it’s a “crime.” If it’s any other combination of murderer and murder-ee, there seems to be a good amount of loopholes.

This relationship to weapons as a cornerstone of your identity is something that’s very foreign to anyone that’s not sort of married to this concept of God and country.

I come from a world where guns are not recreational. We shoot at stuff that shoots back. That’s the world I come from, this isn’t hunting. That deer you just shot wasn’t holding a weapon. So this is not a recreational, one-directional thing. So I’m gonna look at a gun very differently.

Whether I run or I don’t run, if I have a weapon, or I don’t have a weapon. Whether I comply or don’t comply, it doesn’t matter. If I die, it’s justifiable. So this idea of it being central to my citizenship just seems like a misnomer to me.

Kirsten: There’s an article in The New York Times about Supreme Court Justice John Paul Stevens basically making this argument that for the first 200 years of the country it was just accepted that the Second Amendment was understood to protect a well-regulated militia. There was no individual right to bear arms,  and that this is something that was actually more or less introduced to us by the NRA, but I’m anxious to know what you think [about the suggestion that he gave about repealing the Second Amendment].

I think that that’s off the table. That’s a non-starter. You can’t repeal the Second Amendment. I think this is why we have a Supreme Court, is to look at these documents that are not inherent. This isn’t the Word of God here. So they are up to interpretation, and we need to think of them very critically.

I feel like we’re dealing with a whole lot of formation of “personhood” issue. I really think it runs that deep, this idea [of] the American myths—and whether it’s true or not is not the point—this is the way that we shaped our identity, this rugged individualism, this rifle and shovel, that if you work hard you can get your dreams, and we’re not gonna be a monarchy.

It’s that same sort of individualism that would make someone make a Robert E. Lee statue. He stands for, “No one is gonna tell me what my destiny is.” So when I step back and I say, “Hey man, maybe everybody shouldn’t be able to have access to everything,” it’s almost like someone is pulling the rug from your very identity.

I feel like it’s my responsibility to communicate that that’s not what I’m saying to you. I’m not trying to remove your identity or undermine your identity. What I’m trying to question you on is why is that a part of your identity?

Kirsten: Can I just ask you to also address something else, because I know there are some people who listen to this who come back to this: “Yeah, but look at all the black people in Chicago that are shooting each other, so why are you blaming white people for that?” So what would you say to that?

Well I would say that they need to come to Chicago and first of all see the amount of interventions and activism that actually happens in Chicago. I think they need to read more than just sort of sensational topics. I work in education and some of the most innovative education reform grassroots organizing is happening in Chicago.

I think also, there’s a bit of common sense in the sense that if you’re in a densely populated area of one race, of course you’re gonna have high numbers of [intraracial violence]. Nobody’s looking at Tulsa and saying that’s high white-on-white crimes. Well duh, that’s all white people there.

I think there’s also a zero-sum game situation there. Does crime activity in New York justify inaction in Los Angeles? Why are the two connected? Why is that a defense? I think a lot of times we have a hard time existing in the nuances.

Of course there are issues inside of inner cities. There are issues in every community. It’s a non-starter to me. “What are you pointing at? What does that prove?” are the questions I’d ask.

Jonathan: What do you say to people listening to this who want some way forward to effect change?

Obviously the lowest-hanging fruit is, yeah, you protest with your vote. Participate in local elections, choose officials who speak to your hope to esteem your brothers and sisters higher than yourself.

This Is Big News: The Saudi Crown Prince Says Israel Should Have Its Own Land