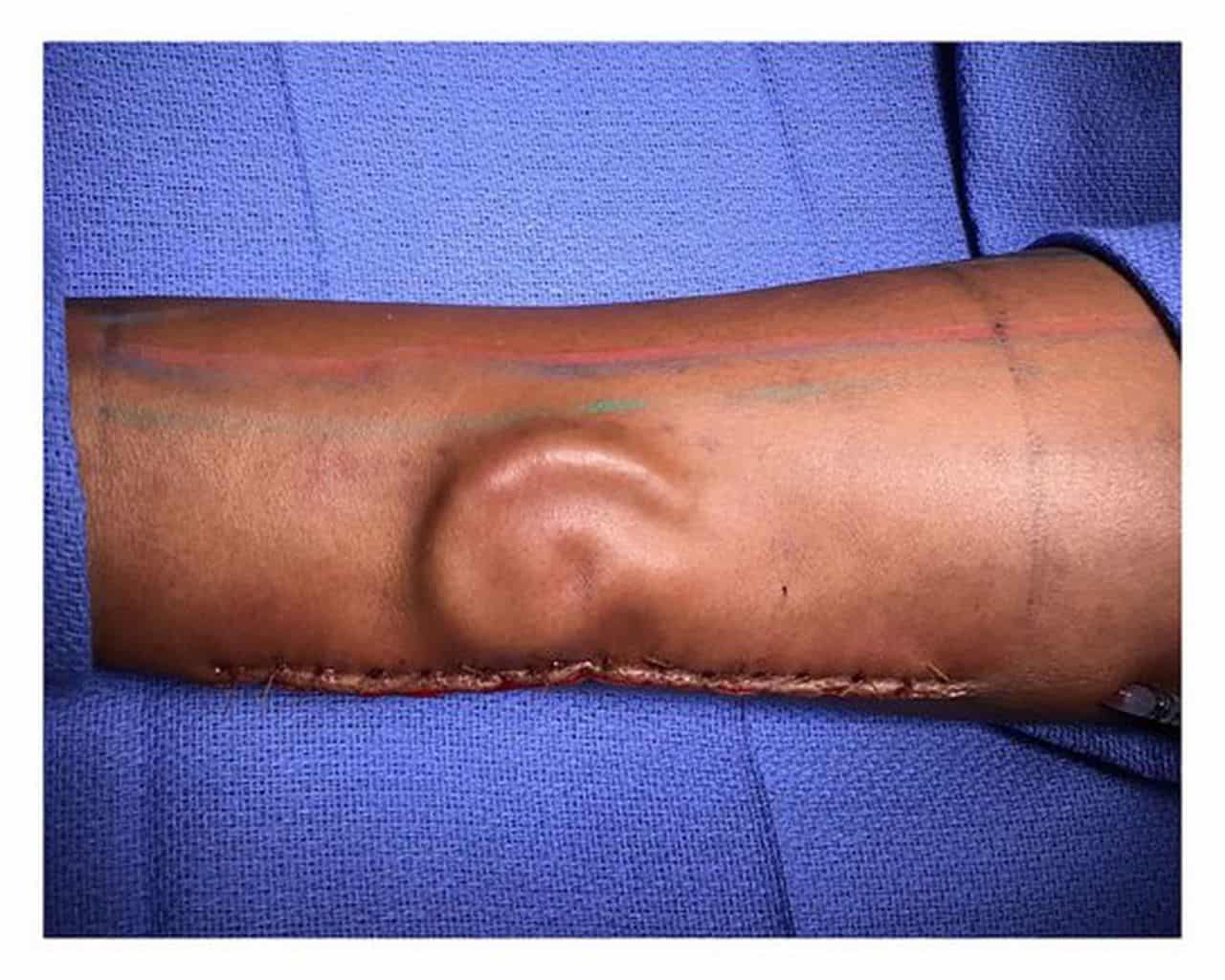 U.S. Army Pvt. Shamika Burrage, 21, was ejected from a car during an accident two years ago. The accident was so bad she woke up in the hospital without a left ear.

Burrage was offered the choice of having a prosthetic ear or having an ear reconstructed for her. She chose the reconstruction, telling the Washington Post that she “wanted a real ear.”

In what the Army is calling a first for Army surgeons, doctors were able to make an ear out of cartilage from Burrage’s ribs. They then put it under the skin in her forearm to grow. Doctors successfully attached the ear and Burrage has recovered her hearing, according to a statement from the Army.

Once Burrage finishes rehabilitation, she’ll also have feeling in the ear.

“The whole goal is by the time she’s done with all this, it looks good, it’s sensate, and in five years if somebody doesn’t know her they won’t notice,” Lt. Col. Owen Johnson III, the chief of plastic and reconstructive surgery at the medical center, said in the statement.

This is not the first time this type of surgery has been performed or a human ear has been constructed out of cartilage. There have been at least two similar cases of this before, according the Post.

Why People Get Frustrated With Their Churches