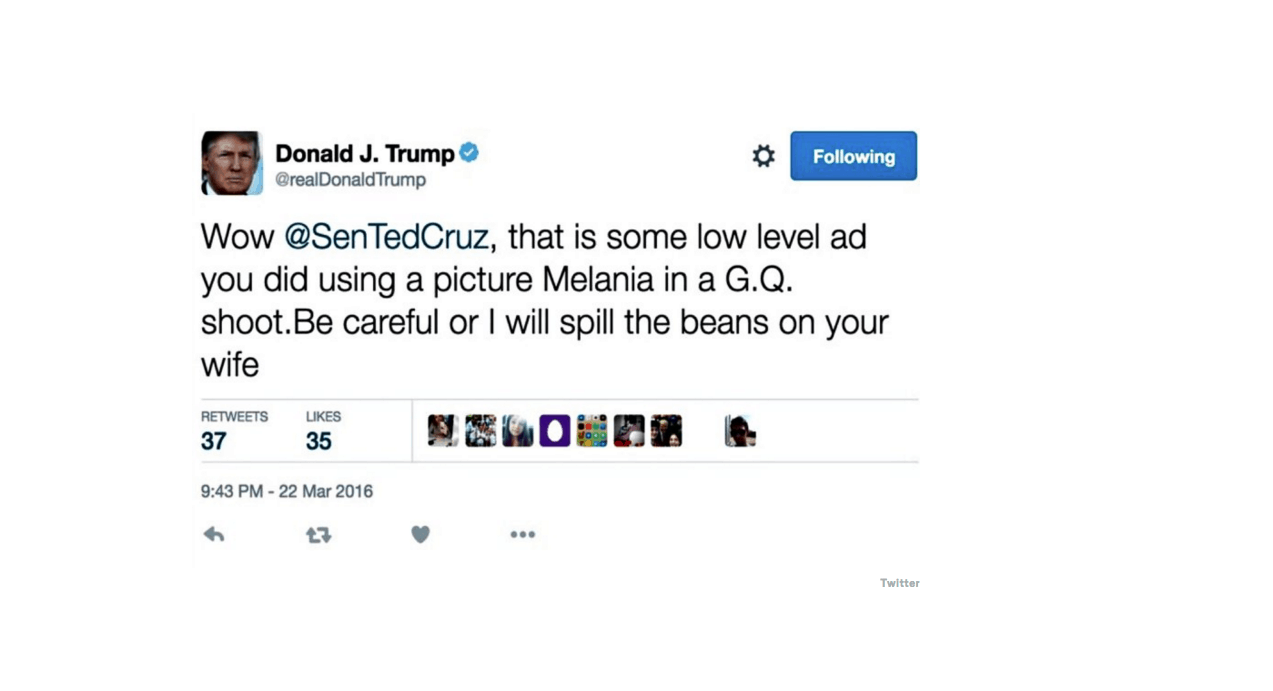 In a tweet that sounded more like it came from a mobster than a U.S. presidential candidate, Donald Trump threatened to “spill the beans” on Ted Cruz’s wife.

After quickly deleting the tweet, Trump reposted a revised version Tuesday night. Lyin’ Ted Cruz just used a picture of Melania from a G.Q. shoot in his ad. Be careful, Lyin’ Ted, or I will spill the beans on your wife!” the GOP frontrunner wrote, revealing that he removed the tweet not because he thought better of it, but because he wanted to add “Lyin’ Ted Cruz.” Trump was seemingly referring to the Facebook ads by anti-Trump super PAC targeting Melania Trump’s nude appearance in a GQ spread from years ago. Senator Cruz quickly responded: “Pic of your wife not from us. Donald, if you try to attack Heidi, you’re more of a coward than I thought. #classless”

Let’s Not Give ISIS What It Wants