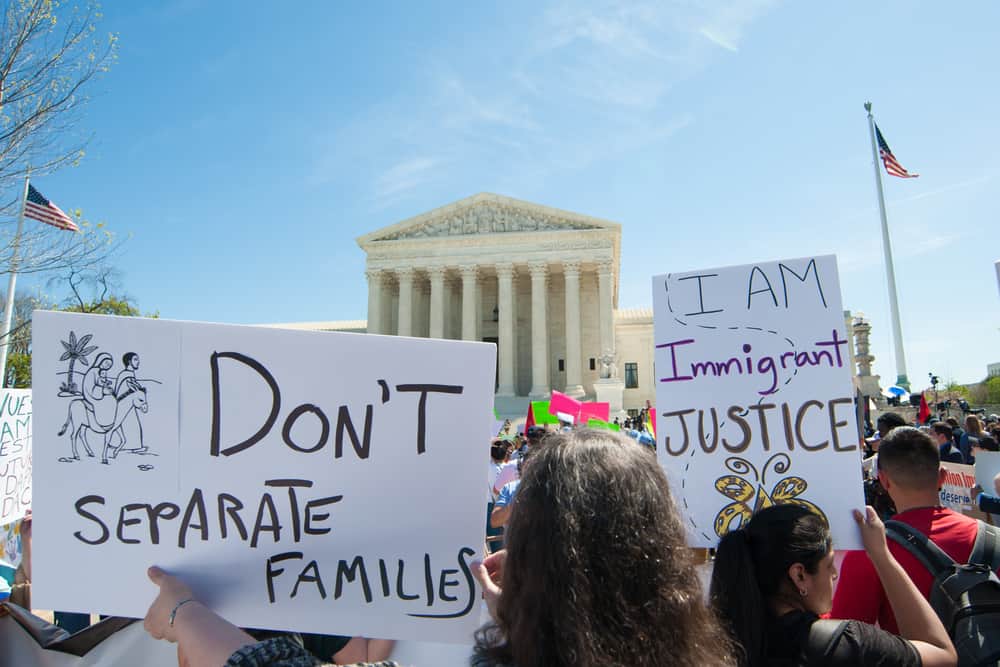 The threat of a lawsuit from 10 conservative state attorneys general has led to reports that President Donald Trump plans on ending or at least modifying the Deferred Action for Childhood Arrivals, or DACA, a program that protects children of undocumented immigrants who were brought into this country when they were too young to have a say. DACA remains popular with voters, leading to widespread pleas for him to leave it in place. Some of those pleas are coming from evangelical leaders Leith Anderson, Russell Moore and Lynne Hybels.

The Evangelical Immigration Table is a group that includes people like National Association of Evangelicals president Leith Anderson and Ethics and Religious Liberty Commission president Russell Moore. They sent Trump a letter saying that “These young people have shown through their great determination and fortitude that our nation is better off because of their presence. They are leading in our churches and our communities.”

Lynne Hybels, advocate for global engagement at Willow Creek Community Church, wrote that her church has “witnessed firsthand the hope that the DACA program has brought to individuals who have wanted nothing more than the chance to pursue an education and lead a productive life, just as our own children have done. To end the program now, without action from Congress first, would be devastating—for them and for the communities that benefit from their work, ingenuity, and courage.”

Shirley V. Hoogstra is the president of the Council for Christian Colleges and Universities. She said that “as educators who believe that every human is made in the image of God and thus is endowed with dignity from their Creator, we want to support ambitious, driven, intelligent students who have dreams of contributing to their communities and want to pursue an education. We do not believe they should be disqualified from doing so because of acts they did not commit. These are inequities that must be remedied.”

“As a pastor, I cannot sit idly by while the federal government threatens to forcibly separate families by deportation,” said Rev. Samuel Rodriguez, President of the National Hispanic Christian Leadership Conference. “In the Scriptures, we read the timeless words, ‘Therefore, what God has joined together, let no one separate.’ (Mark 10:9) It is no individual’s or government’s place to rip families apart, let alone millions of them. The scope of this crisis is simply breathtaking. If the president breaks his promise to us to protect these children, they should be prepared for a mass exodus of the administration’s Hispanic support. Even the most conservative among us will not sacrifice our children on the altar of political expediency. Let me be clear, should they decide to do so, we will oppose them.”

The program was started by President Barack Obama, who set it in place as a way of protecting children who are undocumented as a result of being brought into the country by parents, guardians or other adults when they were too young to have a say. Known as DREAMers, many of these immigrants have no memory of their country of origin and have few if any connections there. While the program is one of the rare issues that has managed to draw wide voter support on both sides of the aisle, some Republican leaders have targeted it as an example of executive overreach.

House Speaker Paul Ryan weighed in on reports that President Donald Trump is considering ending protections for young undocumented immigrants, urging the President to hold off for the time being.

“I actually don’t think he should do that,” Ryan said of Trump’s reported consideration on ending the program. “I believe that this is something that Congress has to fix.”

“President (Barack) Obama does not have the authority to do what he did … we’ve made that very clear,” Ryan said in a radio interview. “Having said all of that, there are people who are in limbo. These are kids who know no other country, who were brought here by their parents and don’t know another home. And so I really do believe there that there needs to be a legislative solution.”

There are some 800,000 people protected under DACA. In order to qualify, you must be in school, be a high school graduate, have a GED or have been honorably discharged from the military. You also must have a spotless criminal record.

Reports say Trump will make a decision on DACA “today, or over the weekend,” with more recent reports saying an announcement may be coming next Tuesday.

Everything You Think About the Afterlife Might be Wrong